EPA: Burning wood is as sustainable as wind and solar 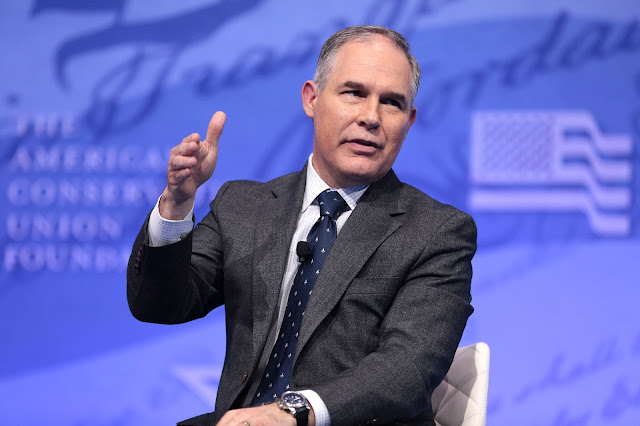 The awkwardly named Environmental Protection Agency (EPA) has declared that burning wood is carbon neutral. In the eyes of the Trump regime, burning wood for energy is now just as environmentally friendly as wind and solar power, despite the fact that burning biomass releases greenhouse gases.

Rather than calling it a new policy, the EPA is trying to position it as a “clarification” while pretending that it’s been the agency’s policy the entire time. But the Obama administration was opposed to calling the practice carbon neutral.

“Managed forests improve air and water quality, while creating valuable jobs and thousands of products that improve our daily lives,” Pruitt continued. “This is environmental stewardship in action.”

This might come as a shock, but many scientists think that burning biomass will make climate change worse within our lifetimes.

So how can Pruitt and the Trump regime declare this move to be environmentally sound? There’s a way to argue that burning biomass is carbon neutral if you look at the calculations on a long term scale while ignoring the immediate dangers. And even the European Union has embraced this way of thinking by making sawdust into wood pellets for burning to replace coal power plants.


Photo: File photo of wood pellets burned for energy in Germany (Getty)
The only scientific argument for claiming that burning wood is carbon neutral depends almost exclusively on looking at it from a 100-year scale. To put it simply, the argument is that after you burn trees for energy, new trees can simply be regrown in their place. But when you look at it on a five, ten, or 20-year scale, the picture is much bleaker.

“If we melt Arctic ice in the next 20 years, that’s not going to come back,” William Schlesinger, a biogeochemist who sits on the EPA’s Science Advisory Board told Science magazine last year.

If you do the math in isolation on a short-term scale, sure, trees are renewable. But as Schlesinger points out, we don’t have the luxury of doing our calculations for 100 years into the future. If we turn our planet into Waterworld, we can’t get those polar ice caps back.

But private industry and lobbyists are very happy with the EPA’s announcement.

“Recognizing that forest biomass in the US provides a carbon neutral source of renewable energy will encourage landowners to replant trees to keep our forests healthy and intact and provide good paying jobs well into the future,” said CEO of National Alliance of Forest Owners Dave Tenny, said in the EPA’s own statement.

Again, replanting trees might be fine if you ignore the immediate impacts. But we don’t have that kind of time. Even managers for public utilities in the South are praising the move by the Trump regime.

“This puts a Georgia resource on par with wind and solar and that’s good news for our state,” Tim Echols, Vice Chair of the Georgia Public Service Commission, told a talk radio station in Atlanta.

“As we enter into a time in the US, I think in the next decade, when there will be a price on carbon, this will help the forest industry be competitive.”