RT on the missile atacks in Hama and Aleppo 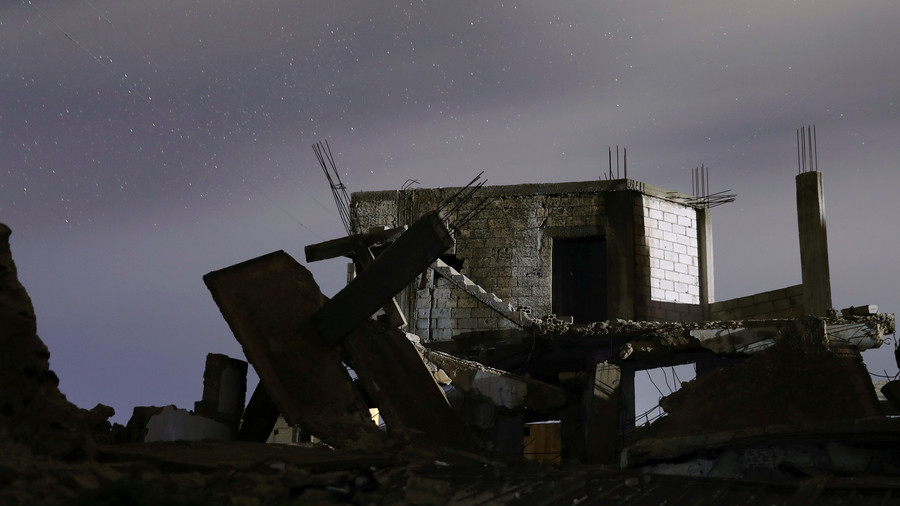 Powerful explosions have been heard in the countryside of Hama and Aleppo provinces, the Syrian state news agency reports. The state media says military bases there were hit by rockets launched by an unspecified enemy.

The source said one of the targeted military sites was a munition depot belonging to the Syrian Army's 47th Brigade. A fire at the depot broke out as a result of the attack, he said. Another target was reportedly a munition depot to the east of Aleppo, in northern Syria, located between the Al-Malikiayh and Al-Nayrab airport.

There have been unconfirmed reports of injuries and fatalities as a result of the reported strike. Sky News Arabia reported, citing rebel sources, that over 40 people might have been killed.

Videos posted online, allegedly from the scene of one of the strikes, show a massive explosion that lights up the skyline.


The explosions at the Hama depot lasted for over an hour and a half, spreading to the nearby area and forcing some of the residents to flee their homes, Sky News reported, citing sources.