CAUTION: This story is UNCONFIRMED from other sources right now. 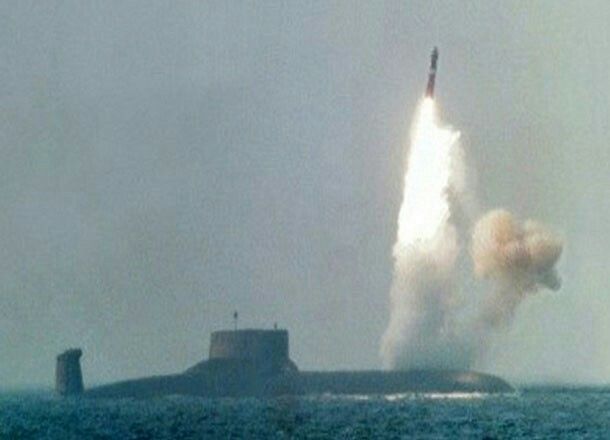 Russian submarines in the Mediterranean Sea are currently launching ballistic missiles at ‘rebels’ in an area known as the Hama pocket, massive explosions reported.
This is a developing story, updates shortly.

Russia DID NOT notify the US prior to launching these attacks and, according to several of my former colleagues in various governments, AMERICANS are among the dead!  It is not known at this time if the Americans are regular military or contractors.
According to a single intel source, the US is not reacting publicly to this (yet) because the government does not want the American people to know it's "Advisers" were involved with ISIS and were killed because they were actually in the presence of ISIS, helping them!

The Russian attack CONTINUES at this hour . . .  The map below shows the area involved: 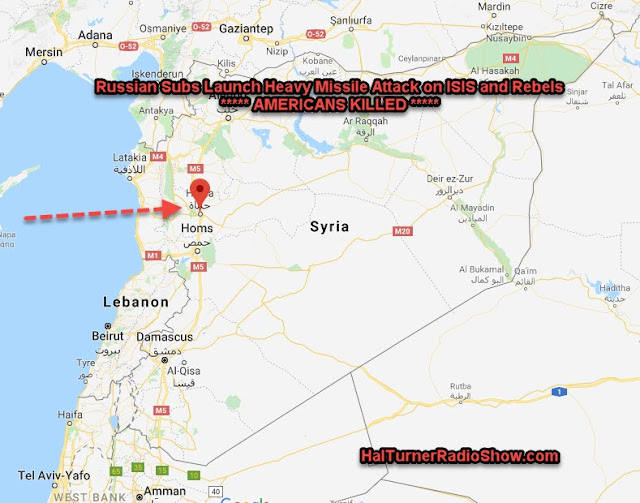 Additional sources now saying that at least one BRITISH and one ISRAELI were also killed inside a Rebel headquarters which was hit by Russian Missiles.
As above, I am not yet aware of whether these were regular military or contractors, but the Intel Source is very clear: "At least one Brit and one Israeli were killed."

Posted by seemorerocks at 13:18