Russians down 4 armed drones in Syria

Much more on this tomorrow 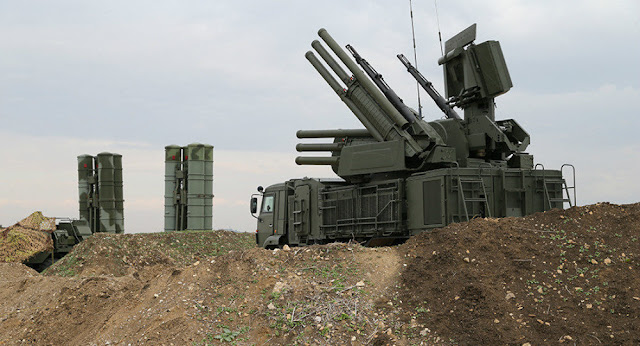 
Russian air defenses at Hmeimim airbase in Syria have intercepted and destroyed several unidentified objects targeting the base.

An airbase spokesperson later confirmed that the base was operating normally, with no damages or casualties reported as a result of the attempted attack.
"On April 24 … the airspace monitoring facilities at Russia's Hmeimim airbase detected a group of small-size unidentified airborne targets approaching the base," the spokesperson said in a statement. "All targets were destroyed by air defense means deployed at the base."
According to South Front, the Russian Pantsir-S1 airbase systems shot down two drones armed with projectiles that had been launched by a militant group. It also reported that rockets were also intercepted. Other media reports indicate that two to four objects were destroyed in the air.
A map of the base and the area it is in, appears below: 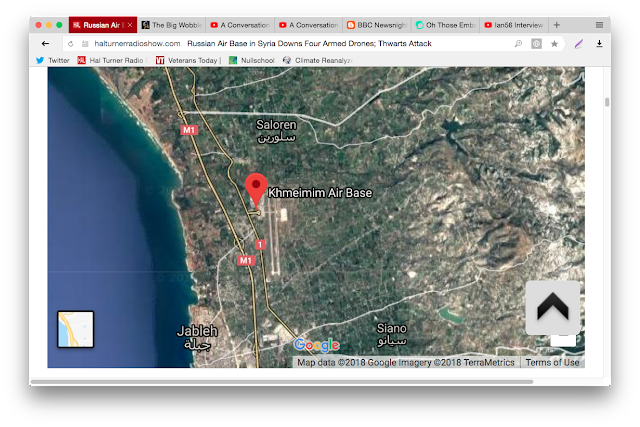 The airbase, which is just one of two operated by Russia in Syria, is located in the coastal city of Jableh. Russia operates a second base is Tartus.

Posted by seemorerocks at 21:10