The weather seesaw: From the hottest weather for 40 years back to freezing temperatures 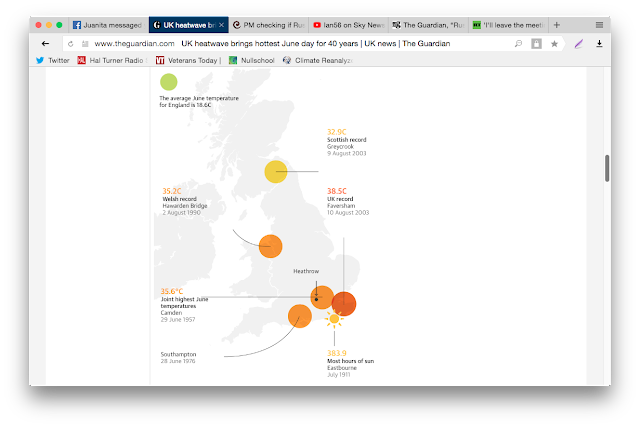 Britain experienced its hottest June day for 40 years on Wednesday as the mercury hit 34.5C at Heathrow, the Met Office said.

Met Office ✔@metoffice
The temperature at Heathrow has reached 33.9 °C! Not only making it the #hottestdayoftheyearsofar but also the hottest June day since 1976

It was the highest June temperature since the 35.6C recorded in Southampton on 28 June 1976, the hottest day of the year so far and the first time the mercury hashit 30C or over on five consecutive days in June since 1995

While many have been basking in the sun, the heat has brought health warnings of toxic air in large parts of southern England and Wales.


NHS England has urged the elderly, children and those with medical conditions to keep cool and hydrated during the heatwave.


UK weather: Put away your sunglasses as SNOW is coming back andtemperatures set to tumble
The weather is set to take an almighty turn as the record-breaking heatwave is followed by more snow , despite being well into spring 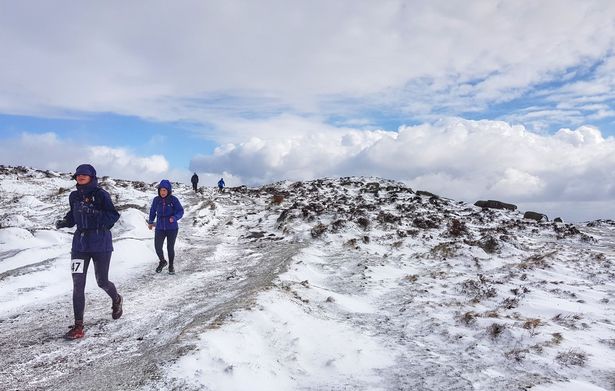 Just as Brits finally dug out flip flops and sunglasses to revel in glorious record-breaking 29C heat, forecasters are warning of incoming SNOW .

By the middle of next week temperatures are set to tumble, with risk of frost and wintry showers as cooler air heads towards the UK.

Temperatures could even drop as low as -2 or -3C in parts of Scotland.

The threat of snow is possible across parts of Scotland, Wales, and northern England, forecasters say.

It will be a big contrast from this week's gorgeous warm and sunny weather which brought summer-like highs to the UK - even up north.

Yesterday was the hottest April day for 69 years, and today the sizzling temperatures have continued.

But sadly, it is set to be short-lived as yet more topsy-turvy weather heads closer.

Leon Brown, chief forecaster at The Weather Channel, said: “It will be quite a lot colder from the middle of next week for the west and northwest.