An update on events at the Royal Palace in Riyadh, Saudi Arabia

It worries me greatly when potentially explosive news is so obviously blacklisted and becomes subject to rumours.

24 hours later it is impossible to get any nearer to the truth and although the event was mentioned (and that was all it was) in Newsweek and a few other outlets it was totall absent from the reporting of Reuters and other major news outlets.  Unusually even Zero Hedge has not picked up on the story.

This is what Radio New Zealand thinks you need to know. 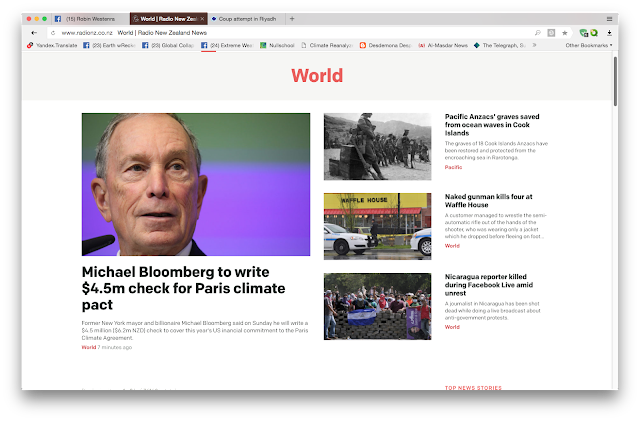 Amongst the few who are even vaguely aware of this there are even less that question the official Saudi narrative of a drone coming too close to the palace.

Watch the following and then tell me if it sounds like they are shooting down a drone. If so the Saudi Palace Guard must be the worst shots in the world, is all I can say!

Absent any more details/intelligence we can only speculate what is happening but I suspect this is not the end even if we have to rely on the few with access to some inside knowledge who are willing to report on this.

Anyone who was around Mike Ruppert should be aware of the ramifications of this for Mike predicted the fall of the House of Saud many years ago. Not surprisingly, it all revolves around a country that has passed peak Oil and has to use it s credit card to protect itself from its own restive population.

If you need a reminder here is an indication from a part of the world one might think would be unaffected by geopolitical earthquakes read this.

Australia could run out of fuel in just 43 DAYS as escalating conflict in Syriathreatens to cripple supply channels, experts warn 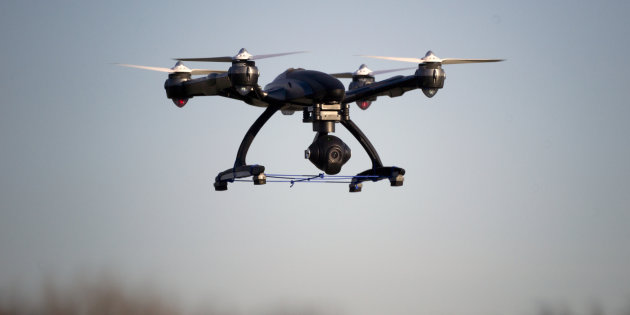 He, crown prince Mohammed bin Salman (MBS), and perhaps others were reported evacuated to a bunker beneath a regime military base protected by US special forces.

What’s going on is unclear. Some area residents suggested an attempted coup began. Other reports said a drone overflew the palace. It’s unknown if casualties occurred.

Internal opposition royals claimed “a senior ground force officer has led a raid on the palace to kill the king and the crown prince.”

It’s unclear how many elements, their identify or affiliation are involved in what’s happening.

Airspace over Riyadh was closed except for civil and military purposes.Pakistani defense analyst Zaid Hamid tweeted:

“There is definitely fighting going on around the palace of the Saudi king. Some reports suggest a palace coup,” adding:

“But some sources (claim an) attack by Yemeni Houthis. Situation is unclear…(Overnight) NO official reports are possible. All sources are Saudis so far.”

Details remain sketchy. Houthis launched missiles on Saudi sites numerous times earlier, nothing reported on what targets may have been struck or possible damage.

More on this if further information becomes available. 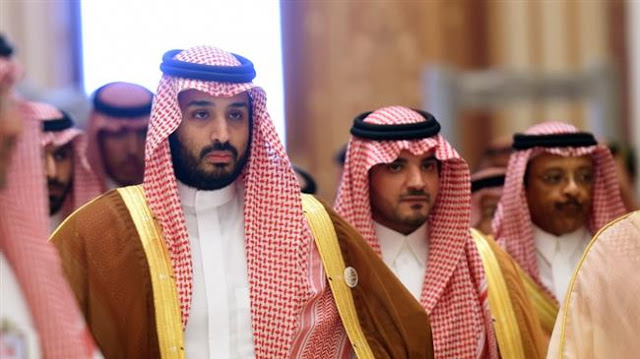 The exchange of fire reportedly lasted for several hours, say these sources, widely relayed by the social networks. Small arms and light weapons such as Kalashnikov and GC would have sounded for several hours inside the palace of Ben Salman who left, with his father, the local for an american base.

All the access roads to the palace have been blocked for hours before the first information is disseminated by the saudi arabian media. In the aftermath, the buildings of the palace have been surrounded by hundreds of staff of special forces on board their armored vehicles.

Analysts evoke two assumptions : a coup attempt or an attack organised by Al-Qaeda, the first hypothesis is more plausible.

According to unofficial information, an officer of the national guard would have tried to assassinate Bin Salman. The israeli press evokes it, to clashes between the "princes" to the interior of the palace.

The sources close to power would have been an incident as the origin of the shooting : a drone would have approached the palace, causing the exchange of fire but this version is far from convincing : According to the pictures that circulate on the social networks, no target would have been referred to in the sky and exchanges of fire reportedly took place inside and around the palace.


Despite the aura of reform conferred on it by the western media, the crown prince is widely disputed in his country that he ruled with a iron hand and behind-the-scenes since 2015. His war against the Yemen, the purge conducted within the royal family in the name of the fight against corruption, or even of modernity have earned him a resentment unparalleled.

This was live coverage from Right Side Broadcasting