A PREDICAMENT: The insanity of burning slow-growth forest to cut back on coal

"Comrades, pull the curtains (of the snow-bound train) and let's pretend we're moving"

This is what you get when you try to solve a predicament and save civilisation.

UK Is Cutting Down Huge

It is not often (in fact NEVER) that I can look to InfoWars for any sense about climate change, but this is a big exception!

Apart from the obvious bias about this being about the "Left" there is little I can take exception to in this presentation.

The powers-that-be in Britain are burning biomass from slow-growth forest being cut down in Virginia to replace coal so they can say they are doing something despite the fact that burning biomass creates 8 % more carbon.

This is truly taking a situation and making it worse so they can claim they are doing something to "fight" climate change.

With this going on it is not hard to see why CO2 levels in the atmosphere have reached over 411 ppm and are rising. 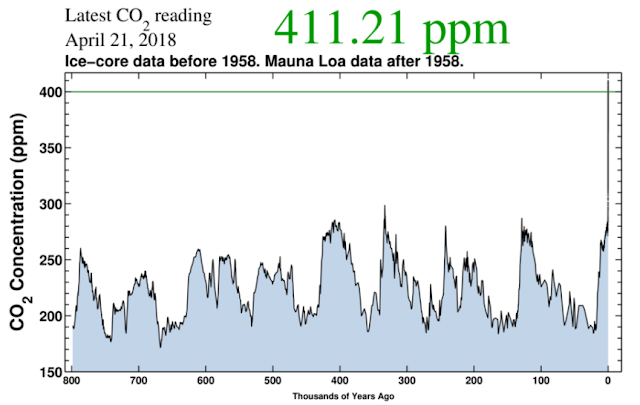 In the meantime Britain has a real energy problem.

This last winter they have had a severe shortage of natural gas and have had to bring in more than one shipload-full from Russia (something they refuse to acknolwedge).

And then they crow about how they have done without dirty coal for THREE DAYS!!!

At the edge of extinction only insanity remains. 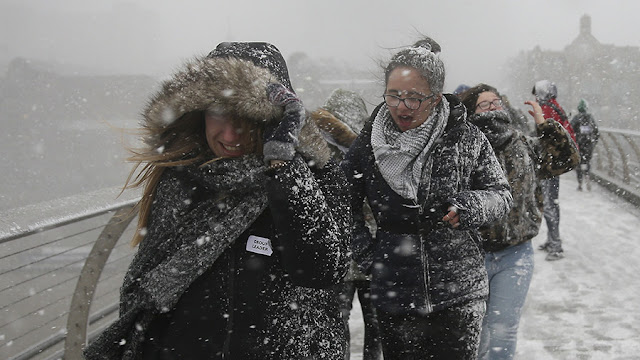 UK runs without coal power for three days in a row 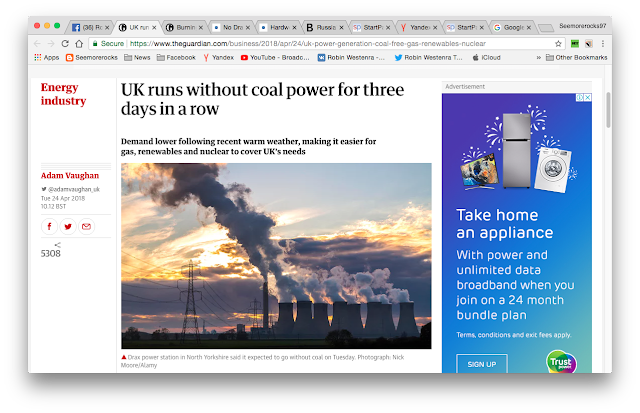 The UK has been powered without coal for three days in a row, setting a new record and underlining the polluting fuel’s rapid decline.

Coal has historically been at the cornerstone of the UK’s electricity mix, but last year saw the first 24-hour period that the the country ran without the fuel since the 19th century.

That milestone in turn was smashed on Monday afternoon and the UK passed the 72-hour mark at 10am on Tuesday. The coal-free run came to an end after 76 hours.

Without the fossil fuel, nearly a third of Britain’s electricity was supplied by gas, followed by windfarms and nuclear on around a quarter each.

The rest came from biomass burned at Drax power station in North Yorkshire, imports from France and the Netherlands, and solar power. Drax said it expected to go without coal on Tuesday.

It seems that the Ecologist (founded by my eco-hero, Teddy Goldsmith agrees..

Drax Power - is it really producing renewable energy?
Wikipedia
Creative Commons
A Dispatches investigation has uncovered evidence of hardwood forests being chopped down to provide 'green energy' for the UK. Experts say unique habitats rich in wildlife are under threat as Britain’s power stations switch from burning coal to wood, writes BRENDAN MONTAGUE


Huge areas of hardwood forest in the state of Virginia are being chainsawed to create 'biomass' energy in Britain as the government attempts to reach targets to reduce greenhouse gas emissions in efforts to tackle climate change, an investigation by Channel 4 Dispatches has found.

A key part of government efforts to hit its green energy targets is to switch from generating electricity from burning coal to burning wood - or so-called biomass. It’s a policy that is costing taxpayers more than £700 million per year through a levy on their electricity bills.

The biomass industry and government argue that because wood is a renewable source of energy and trees can be replanted to reabsorb carbon dioxide this policy is good for the environment.

Antony Barnett, reporter at Dispatches, travelled to the southern states of the USA to investigate the source of wood that is now being turned into millions of tonnes of wood pellets to be burnt in Britain’s largest power station, Drax, in North Yorkshire.

Footage reveals huge areas of hardwood forest in the state of Virginia  being chopped down and removed to a factory owned by US firm Enviva that grinds up logs into pellets. A large proportion of these pellets are then shipped across the Atlantic to be burnt at Drax in the UK - one of Enviva’s main customers.

Britain has pledged to cut carbon emissions by 57 percent by 2030 and getting Drax to switch from burning coal to wood is meant to play an important part in that. Drax now produces up to 17 percent of Britain’s 'renewable' electricity, enough to power four million homes.

The power station giant claims that burning pellets instead of coal reduces carbon emissions by more than 80 percent.

However, Dispatches conducted a simple experiment at a laboratory at the University of Nottingham to compare the carbon dioxide emitted when burning wood pellets, similar to those used by Drax, instead of coal.

It found that to burn an amount of wood pellets that would generate the same amount of electricity as coal it would actually produce roughly eight percent more carbon.

Biomass is viewed as ‘carbon neutral’ under European rules. This means Drax is not obliged to officially report the carbon emissions coming out of its chimney stack. Dispatches calculated that if Drax were to report on the full extent of its emissions it would show that last year they amounted to 11.7 million tonnes of CO2.

Drax claims that the replanting of trees means all the C02 will be reabsorbed. But scientists argue that it will take decades for forests to regrow and subsidising biomass from wood pellets is fuelling an industry that’s making climate change worse in the short term.

Professor Bill Moomaw helped lead a team that won a Nobel Peace Prize for its work on climate change at the UN’s Intergovernmental Panel on Climate Change. He is one of dozens of scientists who have written to the British government, warning against this policy.

Professor Moomaw said in an interview with Dispatches: “If we take the forests and burn them the carbon dioxide goes into the atmosphere instantly, in a few minutes. It takes decades to a century to replace that.

“Britain may be on track to eliminating the use of coal but they are not on track to reduce their carbon dioxide emissions. We’re not going to meet our one and a half or two-degree targets that all governments, including the British government, agreed to in Paris.

"Burning more wood makes it absolutely impossible to meet that target. We now know that if we overshoot that the consequences last for 100s to a thousand or more years.  So there’s no off switch, there’s no reverse gear.”

Andy Koss, chief executive of Drax Power, defended the policy of burning wood pellets in an interview with the programme: “I am very comfortable that all the material what we source meets regulatory standards in the UK and meets our very strict sustainability criteria.”

Koss said the site Dispatches had seen being logged was atypical and that the “vast majority” of its wood comes from residue and waste material. He said: “We’ve obviously looked at this as well.  The site was a working forest, it was left unmanaged.

"The owner of that forest wanted to clear this using standard harvesting techniques to turn it back into a working forest. That forest is being regrown. We know the owner of that particular tract - that will grow and there will be more carbon absorbed.”

On the question of Drax’s claim that by burning wood instead of coal it reduces carbon emissions by more than 80 percent, Koss admitted it didn’t include emissions from its chimneys: “We don’t count that. The government doesn’t count that.

"It doesn’t include stack emissions because if we are sourcing sustainable biomass from working forests, where this is more growth than is being harvested, we see the carbon as being reabsorbed.”

Envier said in a statement to Dispatches that it "works to industry leading, strict sustainability and wood sourcing policies and certifications."

It added: We will not work with any supplier that does not adhere to our commitment to protecting, nurturing and growing forests. Enviva does not accept wood from old growth or independently designated conservation areas. The small family owned site allegedly being shown in the footage is made up of younger trees = not the alleged 80 to 100 years - and is not a sensitive wetland forest.”

A spokesman for the Government’s Department for Business, Energy & Industrial Strategy told Channel 4: “Between 1990 and 2016, the UK reduced its emissions by over 40 percent. We have the most stringent biomass sustainability provisions in Europe.

"Environmentally friendly, low carbon bioenergy can help the UK to transition to a more diverse energy mix, increase our energy security, keep costs down for consumers and help us to meet our 2050 carbon targets.”

Brendan Montague is editor of The Ecologist. This article is based on a press release from Channel 4 Dispatches. Dispatches: The True Cost of Green Energy will be shown at 8pm on Monday 16 April on Channel 4.


PS. This is the audio of the Dispatches documentary which is not available in this country.

More from the Ecologist

No Drax! There's nothing 'sustainable' about big biomass 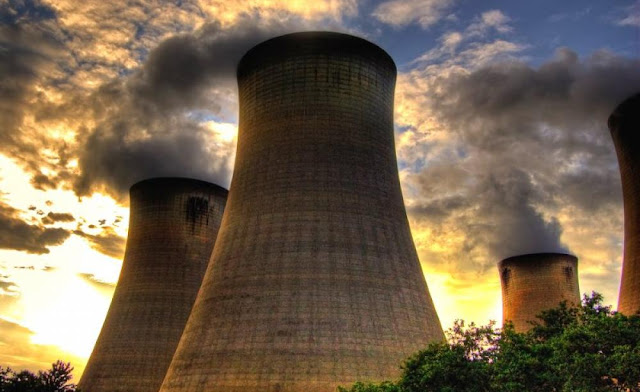 The Drax power station in Yorkshire is the UK's biggest CO2 emitter, burns more wood each year than the entire UK timber harvest, and is a major importer of coal from strife-stricken regions of Colombia, writes Frances Howe. This Thursday campaigners will target the company's AGM to highlight its impacts on forests, biodiversity, climate and communities, in the face of Drax's PR offensive to make biomass appear 'sustainable'.

Even the author of this article in the Guardian seems to agree.