The BBC is one of world's most refined propaganda services


I started my Sunday morning listening to this very good discussion between British broadcaster, Tony Gosling and Vanessa Beeley which provided a lot of material to think about.


The whole question of media censorship and propaganda is often top of my mind.

I was reminded of this just a few moments ago when I tried to share an article from the (admittedly) controversial site Veterans Today onto Facebook. I was confronted with the strange phenomenon, when I tried to share, for the article to come up, only to be whited out a second later. I tried this several times I went to another browser and got the exact same result (also several times) whereas when I went to share another article from another ‘undesirable’ site there was no problem. 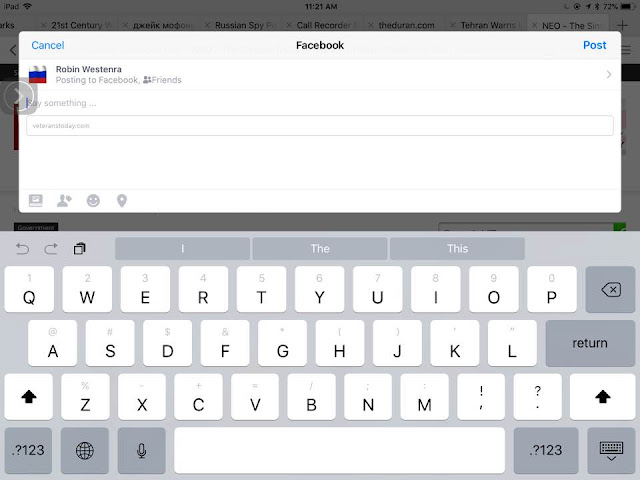 All this makes me wonder how long it will be before the Facebook algorithms will weed out every article from alternative ‘undesirable’ sources.

In the days before and after the allied airstrikes I had a minor crisis because every source of reliable information that I use for intelligence was under some form of cyber attack – from Craig Murray to South Front and even the Lebanese al-Masdar news. Particularly badly affected was 21st Century Wire which was taken out for several days.

The people who can least afford it are subject to having to find the resources to protect themselves against such attack.

The 21st Century Wire attack was understandable because it is the vehicle for Vanessa Beeley and Patrick Henningsen and for some of the most trenchant fact-based attacks on the lies of the mass media.

The subject of yesterday’s conversation was a program on the BBC World Service called Trending which attacked tweeter Sarah Abdallah as well as Vanessa Beeley.

What was a revelation for me was the very nature of the presentation (the measured BBC accents and the like) that for a second I was taken in and could easily have felt it was all very reasonable – until the moment when I remembered what the facts are and that nothing they were saying was in any sense true.


This is the sophisticated nature of BBC propaganda that is expressed so well by John Pilger.....


When one listens carefully there is not a single fact cited in the whole thing. What I would expect from a journalist-worth-the-name is they would take something they regard (or pretend ot regard) as false and provide countervailing evidence to counter it.

As Venessa Beeley points out they do not even feel obligated to provide any evidence any more.There is not even a dodgy dossier (for which Dr.David Kelly was murdered) any more.

Just one video clip made by the White Helmets who are embedded with (and practically indistinguishable from) the al-Nusra even to the extent of cleaning up after executions or dancing on the bodies of executed Syrian soldiers.

This is a major war crime being carried out on the flimsiest and half-hearted pseudo- evidence.

Put the Holocaust and other subsequent crimes out of your mind for a moment and think -  how is this justification for an attack on a sovereign nation any different from Hitler’s justification for invading Poland and setting off World War 11?

Hitler had long been preparing an attack on Poland in 1939. He knew he couldn’t get away with a Czechoslovakia (do you remember Chamberlain’s ‘peace in our time?) again so he needed a pretext for invasion. The pretext was provided with one of the most well-known false flags, Operation Himmler (less often known as Operation Konserve or Operation Canned Goods in which he had German soldiers attacked the German radio station Sender Gleiwitz (Gliwice) dressed in Polish uniforms to give the impression that the Poles had attacked the German radio station. 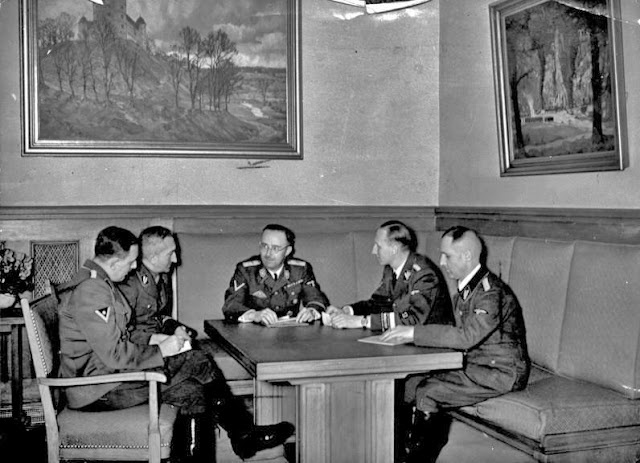 You can read about the incident HERE

If anything the purported reason for an act of aggression is just as flimsy as it was in 1939 – in this case a patently false “chemical weapons attack”.

Back in 1939 as well as in events like the Gulf of Tonkin which unleashed the Vietnam war and even more recently, such as in the incubator incident at the beginning of the First Iraq War when a story of bables being taken out of their incubators by evil Iraqi soldiers the truth would not come out until some time after the event. In some cases these events are still being argued about

The difference between now and then is that we have the Internet and social media where material, both true and false can be distributed instantly and amplified.

What was unique about the Douma attack was that it happened in an area that was being liberated and the Russians were already on the ground and were quickly able to establish the truth of the matter. Not only that but social media was able to debunk the lies being told by the likes of the BBC very quickly.

Western governments and their compliant media are thus no longer able to get away with things any more.

This has panicked the Permanent State and the media so much so that they have to become extremely aggressive (even vicious) in their attacks on independent voices and even on Establishment voices who are countering the preposterous mainstream narrative.

So Robert Fisk is turned from a well-regarded veteran journalist to "He-who-cannot-be named".

BBC "presstitute" hacks are able to tell esteemed members of the British Establishment such as Admiral West that there is an information war going on with the Russians and perhaps he shouldn't be upsetting their narrative.


What I picked up (and this was repeated several times) on the BBC item was panic amongst the pundits that a Sarah Abdallah or Vanessa Beeley (even a retired Ian56, operating out of his home) can attract thousands of followers and retweets – more than the BBC hacks for whom the closest they have been to Syria is BBC HQ..

"It is OUR job to tell you what you should believe. How dare these upstarts upset our cosy relationship with the Great Unwashed'?!

They hate social media because it is challenging their monopoly. It is not just because of the technology replacing the print medium - this is how they would present it - but because they are bleeding support. I have seen BBC and CNN propaganda pieces that have as many 'dislikes' as 'likes'.

In truth a significant number of the thinking public are ceasing to believe their propaganda any more.

They are so panicked by all this they are doubling-down on their lies (seen clearly by the BBC continuing to push a White Helmets clip that has long since been shown to be false), thereby accelerating the move from 'traditional' media to alternative sources that use demonstrable facts as opposed to innuendo and outright lies.

A feedback mechanism of sorts.

There is still a number of people working for the traditional media, such as Robert Fisk and Patrick Cockburn (both writing for the Independent) who still go and report from on-the-ground and do what journalists are supposed to do. But they are becoming fewer and fewer - almost an endangered species.  They are being attacked and sidelined.  It is 15 years since I last saw Robert Fisk's articles published in our media and John Pilger is completely frozen out - it is at least 15 years since I have seen any of his documentaries shown on our television.

In the meantime I am able to gather enough information to make an informed decision of where the truth lies (and where it does not) from articles from the media (found, is is true on the internet and on social media - I never buy newspapers these days!) and from alternative media that most time provides both full reporting based on demonstrable facts and necessary contextualisation).

The BBC calls all this 'fake news' and their own distortions and outright lies 'news'.

Welcome to the Ministry of Truth.

My biggest fear is that what I experienced today on Facebook will become a permanent feature and that alternative voices will be expunged from the Internet.

In which case we will be back to 1939 and will know what comes next.