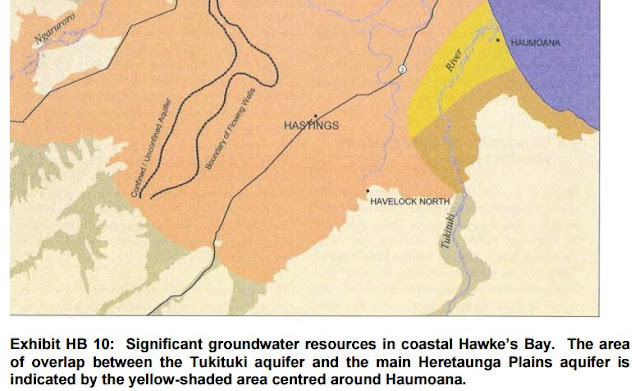 How do you get faeces out of an aquifer?

NZ sure knows how to put it in!

So now the Haumoana School is closed due to faecal contamination. It has a private bore and sits right on top of Tukituki river aquifer - Tukituki is super polluted as will its aquifer be.

This increases likelihood that Tukituki river water got into Havelock North water supply too.

Map above is from p.40 of evidence from regional council. Incidentally it seems to show distance between Tukituki aquifer and Havelock North but aquifer water has a habit of complex flows.