Excellent 2015 Russian Primetime TV Documentary About Putin - Now on Youtube
"... profoundly successful in rebutting the frankly preposterous mudslinging that has become so commonplace in Western media." 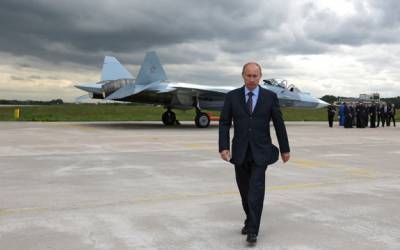 Russia Insider,
26 August, 2016
This remarkable documentary is now available for the first time in full length on Youtube.
Previously it could only be found on other video platforms.   You can find it on the Russia Insider Youtube channel, along with other top quality Russian primetime TV documentaries in HD, like the excellent 'Crimea - The Way Home' ,'Sodom' - an expose of the global LGBT lobby, and "The Browder Effect", an expose of the famous Russian hedge fund manager which makes the case that Browder is a CIA agent.

Although it came out in April of 2015, 'President' it is still a fascinating watch today, and we recommend it highly.
The following is a reprint of what we wrote when it first appeared:
We really can't recommend this documentary enough.  It is made by Russian state TV, and so presents a favorable view of Putin, - and is profoundly successful in rebutting the frankly preposterous mudslinging that has become so commonplace in Western media.
In the US, PBS recently ran a documentary depicting Putin as beyond evil - a thieving, murdering, democracy-smashing jerk who then invaded Ukraine.  German state TV ran one with an almost identical story line just a few weeks ago.
We keep telling  people - those western versions of Putin are simply not true, and amount to the crudest form of character assassination.  So now here is the antidote.  We would advise everyone to watch both versions and draw their own conclusions.  Once you dig into the facts, it becomes pretty obvious who is BSing, and who isn't.
We think, and we keep telling everyone this, that Putin has done a remarkably good job running his country, and seems to be a very admirable man.  It's hard to disagree with this after watching this movie.
From Sott.net:

The folks of Vox Populi Evo have pulled through again, providing an English translation and subtitles for Rossiya-1's latest documentary, PRESIDENT, hosted by Russian TV presenter Vladimir Solovyov and which first aired in Russia on April 26, 2015.

VPE had previously made Crimea: The Way Back Home available for English viewers, and we recommend that readers check that one out too.

The film contains never-seen-before footage from some of the biggest highlights of Putin's career, and of Russia's history for the last decade and a half: the war in Chechnya, the battle with the oligarchs, the Kursk submarine tragedy, Beslan, the 2008 crisis.

Among the revelations Putin makes in his interview sections is the admission of direct involvement of Western intelligence agencies in supporting Islamic terrorism in Chechnya. While it's no surprise to the alternative media, it's the first time Putin has officially confirmed such involvement.

Nothing has changed since the CIA created the mujaheddin to battle the Soviets in Afghanistan.

Posted by seemorerocks at 15:32