A fair-enough report from al-Jazeera

As the world warms, the ice melts


Storms over the Arctic Ocean 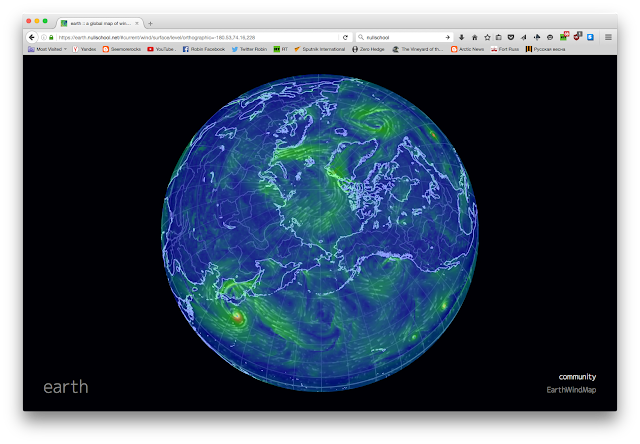 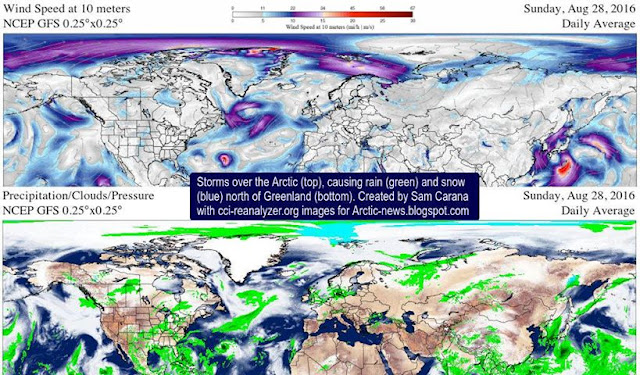 Storms over the Arctic Ocean (top), causing rain (green) and snow (blue) to fall to the north of Greenland (bottom).

Rain can have a devastating impact on the sea ice, due to kinetic energy breaking up the ice as it gets hit. This can fragment the ice, resulting in water that is warmer than the ice to melt it both at the top and at the sides, in addition to melting that occurs at the bottom due to ocean heat warming the ice from below and melting that occurs at the top due to sunlight warming the ice from above.

Furthermore, where the rainwater stays on top of the sea ice, pools of water will form, fed by rainwater and meltwater. This will darken the surface. Melting sea ice is also darker in color and, where sea ice melts away altogether, even darker water will emerge. As a result, less sunlight is getting reflected back into space and more sunlight is instead absorbed. 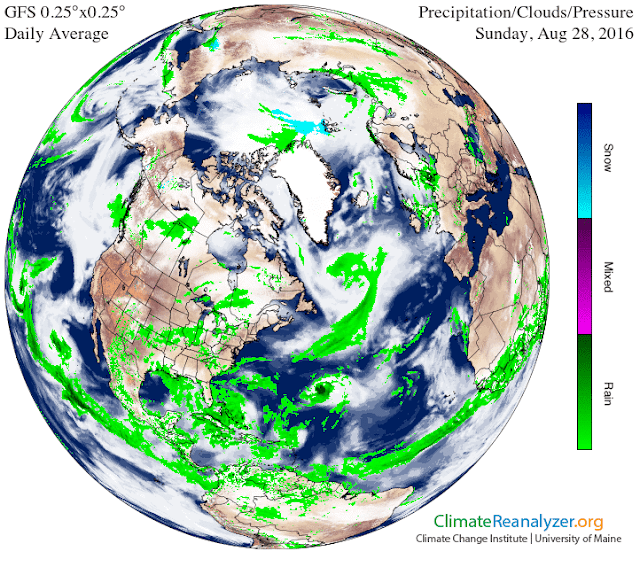 From the post 'Storms over Arctic Ocean', at:  http://arctic-news.blogspot.com/…/storms-over-arctic-ocean.… 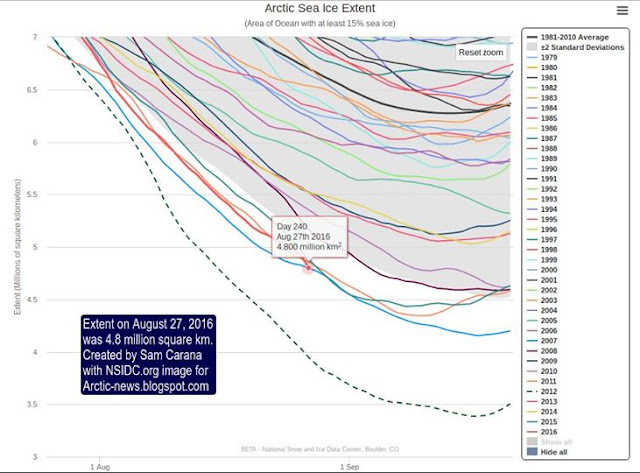 Current strong cyclone 974 mb centre is very near the Pole, this should return a wider opening of sea water there, more than last time since Canadian side of N.P. sea ice is equally in poor shape, a rare event if not a first:
http://eh2r.blogspot.ca/2016/08/canadian-side-usually-ultra-dense-sea.html

Posted by seemorerocks at 17:10