On the situation in Ukraine

Is a full-scale Russian invasion of Ukraine imminent?
J. Flores - 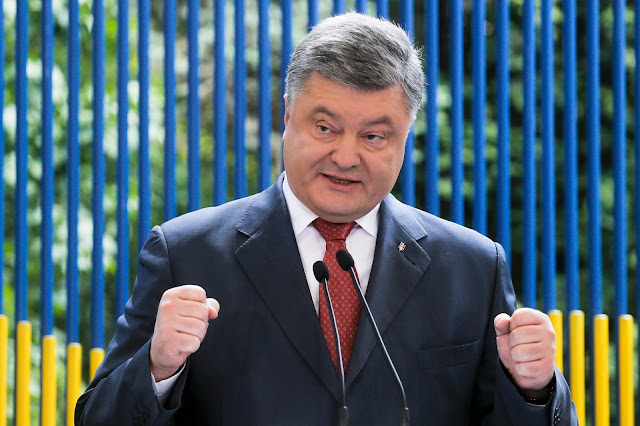 Poroshenko may actually be making sense.

Petro Poroshenko, the US backed coup-installed 'president' of Ukraine, has again made headlines with his declaration to the world that Russia is likely to carry out a full-scale Russian invasion, at any moment. He said on August 18th, that the chances of this remain very high, and this was reported in Ukrainian press and internationally. Adviser to the President of Ukraine, Yuri Biryukov, said that such concerns are a justification to order up a seventh wave mobilization. This number will remind readers that there have been six prior waves, all of which have failed to put-down the insurrection in the Donbass which began several years ago.

Poroshenko also said that in such event, it would give him the authority to institute martial law. This is a provision in Ukraine's constitution. To date, Ukraine has failed to carry out the Minsk II agreement, which requires a new constitution which would federalize the country. This would mean a new state, that would also require new elections to form a new government. Ukraine, with the US's approval, has not made the necessary moves that would then compel Russia to restore control of the border to a new Ukrainian government.

Poroshenko's popularity is not faring well, and martial law would be a good reason to indefinitely delay any elections, and officially renege on the Minks II agreement.

At the same time, Poroshenko may actually be making sense. However, given Putin's official change of stance towards Ukraine, publicly declaring it a puppet regime and an occupational government of the US, this actually sets the stage for any 'invasion' to be considered more of a 'liberation'.

Poroshenko gives us an interesting date, in his statement, warning of, "[A] full-scale Russian invasion from all coordinates, in the east, and along the administrative border with Crimea between now through the Day of Independence - we absolutely cannot not exclude this, and our armed forces are ready to repulse the enemy ."

This date is August 24th, and has been also proposed by DPR leader Zakharchenko as a likely date of a Ukrainian full scale attack upon the Donbass. It does appear that the Russian military is prepared to act quickly in the Ukraine region.

As we reported last week, Poroshenko may have some cause for concern in believing that Russia is at least going to make some sort of counter-move in response to the Ukrainian government's attempt to carry out a terrorist attack in the Crimea - Putin publicly promised as much. In addition to this, in the same article, we reported that Russia had, under orders from Shoigu, moved "four divisions, nine brigades and 22 regiments along with two missile brigades with complexes "Iskander-M", "into the Southern Military Region which includes the border of Ukraine. There are therefore some facts which Poroshenko may be referring to here to justify his concerns. 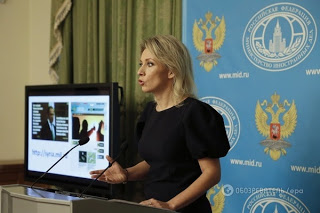 Nevertheless, on the official level, a response was also given by the Russian representative of the foreign ministry, Marija Zaharova, reflecting the position of Lavrov. Zaharova responded that "In general, we do not even understand what Mr. Poroshenko is saying, and what full-scale invasion he is generally referring to. That is, it is basically difficult to understand what he has said at all ". It is difficult in light of all the facts that the foreign ministry would have 'zero' idea at all what Poroshenko may be referring to.

So we are confronted with four facts: an actual Russian transfer of units to the southern military region, Poroshenko warning of an invasion by Russia on or before August 24th, DPR leadership also using this on or before date for the full-resumption of hostilities, Putin promising some 'technical moves' in response to the Ukrainian terrorist provocation, and Zaharova's total denial - a very interesting choice of words - that anything is going on at all.


What is clear at any rate, is that Russia will not risk any entanglement. If Ukraine does decide to start a 7th wave of mobilization, and attacks with such intensity and disregard for innocent lives that the Russian military itself is drawn in, it would seem prudent on the part of Moscow to quickly take control of Kiev.
Posted by seemorerocks at 13:33