North Korea Fires Ballistic Missile From Submarine
In its latest missile test, North Korea has reportedly launched a projectile from a submarine, according to South Korea's Yonhap news agency. 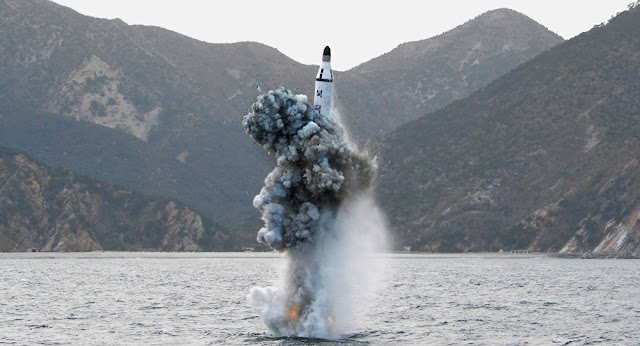 The launch occurred from a vessel in the Sea of Japan, off North Korea's eastern coast, officials with South Korea's Joint Chiefs of Staff told Yonhap.

The test comes one day after the United States and South Korea launched joint military exercises on the peninsula. Pyongyang had warned against the drills, threatening to launch a preemptive nuclear strike.

The DPRK has test fired a number of ballistic missiles in recent months, and has also conducted nuclear tests. Condemned by the international community, these resulted in the implementation of harsh new sanctions by the United Nations. 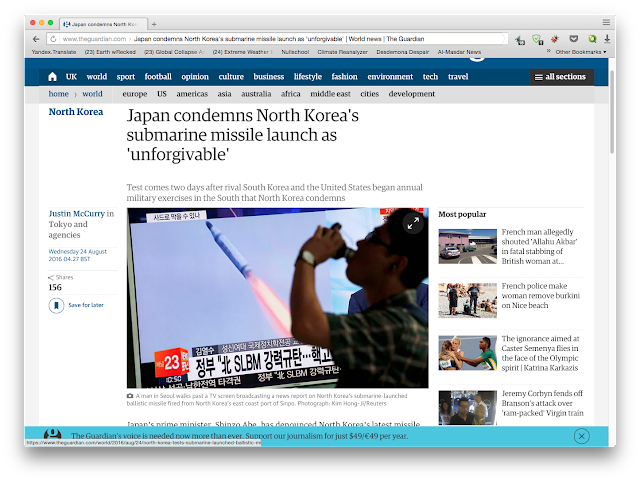