Media hype and lies anout the "boy in Aleppo"

I have not bothered with this story from mainstream media.  If anyone beats the Guardian at their game it's CNN


Guardian deletes 45% of comments BTL to control its Syria agenda 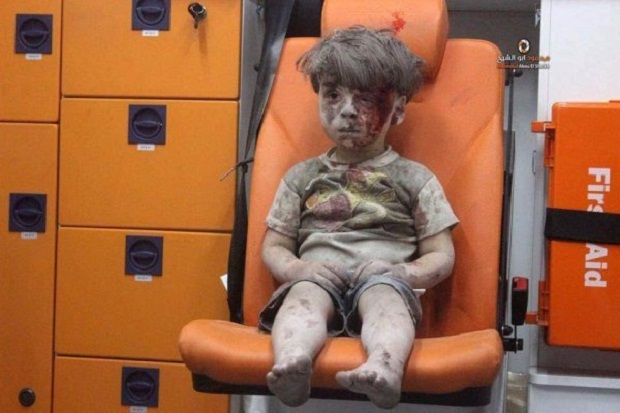 The Guardian wasted no time in further exploiting the al Nusra promotional vid it already splurged on its front pages without bothering to check the source. Hardly was it uploaded to the servers before the Graun was using it as a platform to promote – yet again – the (current) official western narrative on Syria, viz that it’s all about Assad and his Russian allies brutalising civilians and some lovely vaguely-defined “rebels”, and if only they could be made to stop everything would be fine.
We have to say “current” narrative because it changes, frequently. Yes, Assad was indeed previously the premier bad guy du jour, but after the failure to get approval for airstrikes against him, the official narrative  started saying ISIS was the problem and no.1 threat to western civilisation, remember? And that remained the line until Russia intervened and started bombing ISIS, which unexpectedly blew that official narrative to bits. Now we have version three, or a reboot of version two. Now suddenly and inexplicably, ISIS has gone from threatening the world with its multi-billion dollar oil and artefact empire to being a sort of barely-acknowledged bit-player whose precise whereabouts are never defined, except that they are never ever located were Russia is bombing – which is always where the “moderates” are. Now, once again the problem is Assad, but mostly it’s Russia, because since they’ve been there they have done literally nothing but bomb hospitals. Because, you see, they are movie bad guys who are evil purely for the sake of it, and we in the west are heroes who have to somehow foil them.
This narrative has never really got much traction, mostly because it’s stupid, and right now it’s not going over at all. The latest serving of it,”The Guardian View on Syrian civilian casualties: Omran Daqneesh – a child of war” was published at 7:58pm on August 18 and remained open for comments for no more than two hours. In that time the BTL section erupted in outrage and was shredded by the moderators. The results are shameful. Of the 75 comments not entirely obliterated (which happens), 34 (45%) had their content deleted. And after all that not even all the remaining 55% were supportive of the ATL line.
The Guardian had to delete 45% of its own readers opinions, just to mantain a bare semblance of its agenda.
No comment that mentioned the terrorist source of the video was allowed to remain. Every comment that identified the media “hero” of the hour, Mahmoud Raslan as a supporter of al Nusra or a friend of child-beheaders was removed. Many others that merely pointed out the gaps and absurdities in the narrative were likewise deleted. Here is just a sample of the carnage, incase it’s tidied up at the source in the future. 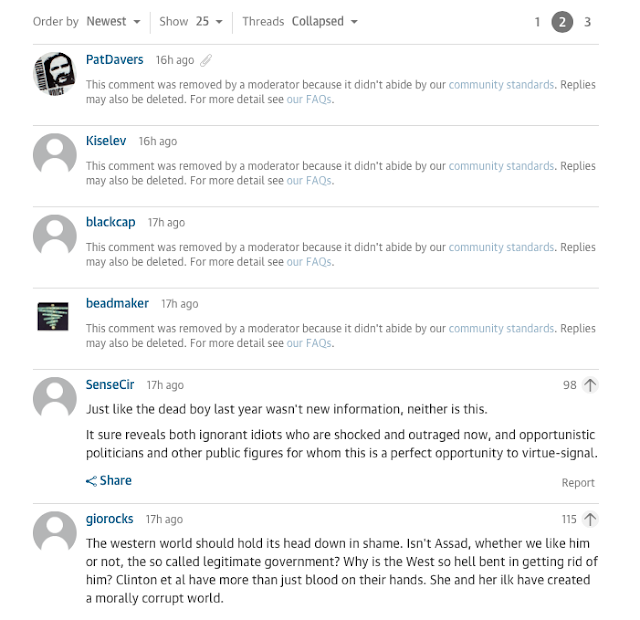 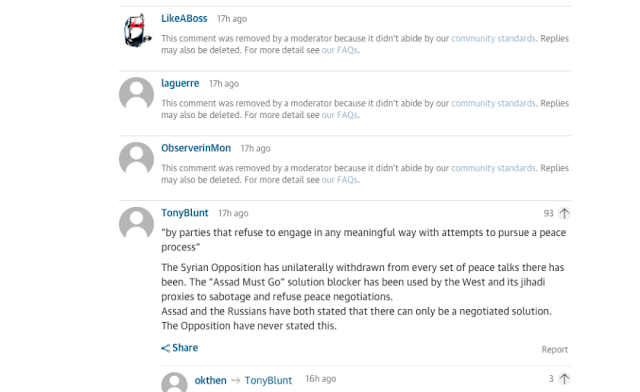 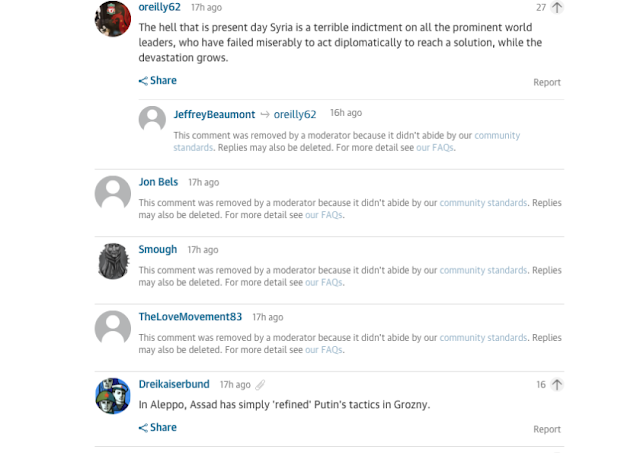 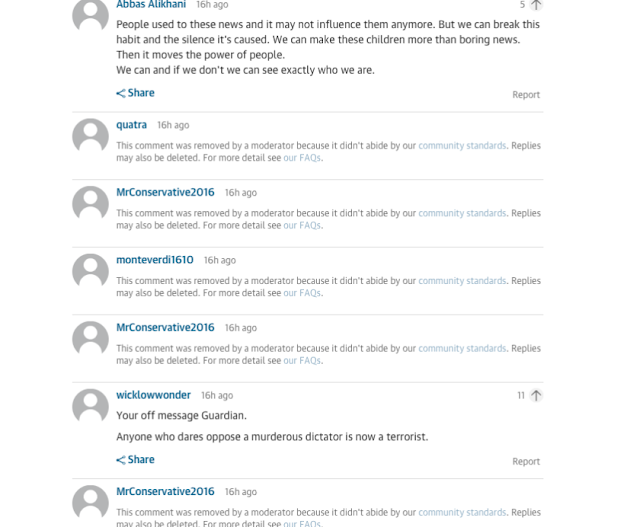 Couldn’t be more clear, could it? The editorial line is not reflecting the readership any more. People see through the emotional manipulation, the moral relativism. They know the Guardian is holding a hanky over its eyes and making fake boo-hoo noises while shilling for the lunatics who want to make Syria a new Libya and kill thousands of Omrans in the process.

It didn’t work in 2012, didn’t work in 2013 and it’s working even less now. People don’t want war in Syria because they know even if the Guardian doesn’t, what that would mean for the people of the region and for people everywhere.


See also this. The "journalist" is outed as An ISIS sympathiser 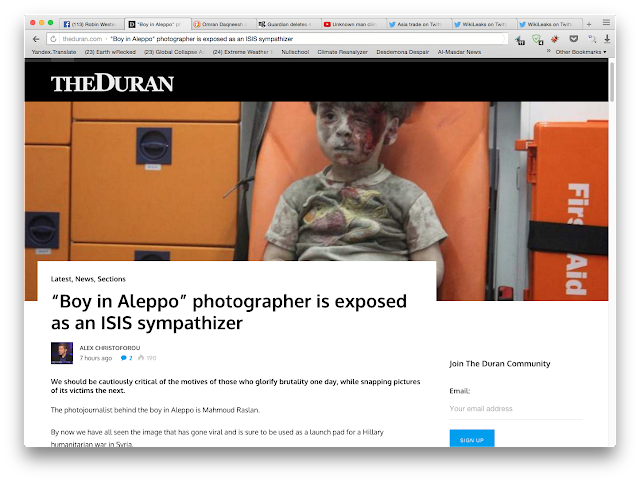 “Boy in Aleppo” photographer is exposed as an ISIS sympathizer

Posted by seemorerocks at 09:50