"For All Practical Purposes, We Lack Free Will"

I have a feeling that Guy is saying somewhat skimilar – he from a scientific peraspective – me, from a philosophic perspectice

Hence the repost of my article.

For All Practical Purposes, We Lack Free Will – Guy McPherson

"All there is is Consciousness"


Looking at the world through Non-Dualism
Seemorerocks 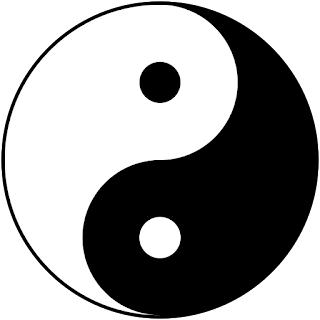 I have now entered my 7th decade so I am feeling in a slightly contemplative mood and woke this morning with the basic thoughts of today’s article.

The original thought, which came out of my sub-conscious mind, was that everything that is happening, especially Donald Trump and the US election has a horrible sense of inevitability about it. It seems as if it is all preordained, predestined. Hillary Clinton was installed as candidate, as was pre-determined and I have few doubts that whatever happens through what goes for the “democratic process” (sic), whether by assasination or whatever, Donald Trump -in many ways the perfect candidate for America – will never be allowed to become President of the United States of America.

And so it is for the destruction of the Living Planet and abrupt climate change.

Whatever we do, our future is preordained.

I just learned today that there has been an outbreak of anthrax in Siberia, a direct consequence of the extreme heat and rapid melt.

We live in the Age of Consequence.

This led me to the nature of most western thought and how it has contributed to the predicament the human species is in.

We are like the bacteria in a petrie dish. As soon as we developed into a civilisation with agriculture, steam, industry, oil and so on – our population overshoot and demise as a civilisation and species became inevitable.

One way of making sense of all this are the ideas of Advaita Vedanta (non-dualism), and in particular the teachings of Ramesh Balsekar (1917-2009), the disciple of the renowned Sri Nisargadatta Maharaj (1897-1981). 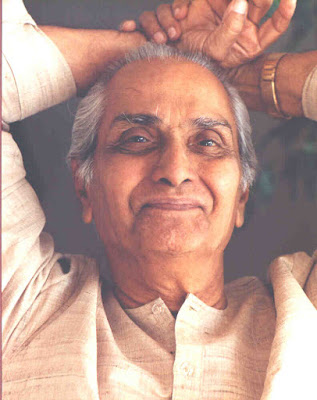 Western thought (looking through the prism of Balsekar’s thought) holds that:

To my way of understanding all of these points are open to question and indeed, represent a wrong way of seeing things.

Advaita (non-dualism) turns this on its head and brings an understanding that leads to far greater peace of mind and inner acceptance than western materialistic reductionism with its striving after lofty goals that rarely come to pass.

In brief (and this explanation is my own understanding) Advaita says:

"ALL THERE IS, IS CONSCIOUSNESS"

"All there is, is Consciousness".

So that far from consciousness (with a small 'c') being just a function of brain function and chemicals, Consciousness (or Totality,or God) is all there is . This universal Consciousness appears to be individual and real because it passes through the body-mind.  The brain, as well as the body, acts, as it were like a radio set with radio waves.

What we take as real (the world around us) as well as ourselves as individuals, is but a concept.

As the Buddha said: "there is doing but no Doer"

If this seems a bit mystical and eastern then it may be worthwhile to look at some of the paradoxes of quantum physics and in particular the thinking of David Bohm:

“This life of yours which you are living is not merely a piece of this entire existence, but is, in a certain sense, the whole. Only this whole is not so constituted that it can be surveyed in one single glance”
---Erwin Schrodinger - My View of the World

Its understanding is non-dualistic. What this means is that the basis of life is duality (black vs white, up vs down, good vs evil etc.) but the problem comes when the human intellect comes in and compares opposites and says: "I want good, but not evil; or white and not black"...

“...Duality is the basis on which this manifestation takes place. So, if duality is understood as duality, as merely polaric opposites, that one cannot exist without the other, that is understanding...enlightenment”
---Ramesh Balsekar

Opposites are inter-related polarities. One cannot exist without the other. The human being is unhappy because he seeks security. Security means no change, and nothing in the universe can remain unchanged.

"There is no event which is not connected to everything else that happens in the universe."
- Ramesh Balsekar

This is completely different from the western understanding of reducing things to a single cause and seeing phenomena in isolation.

Causality in western thought is generally simple and only ever in one direction:

This understanding seems to me to be tremendously freeing because it frees us from the anxiety of constantly going round and round blaming ourselves, "if I had only done so-and-so then so and so would not have happened."

A fundamental understanding of Advaita is that whatever happens is preordained. 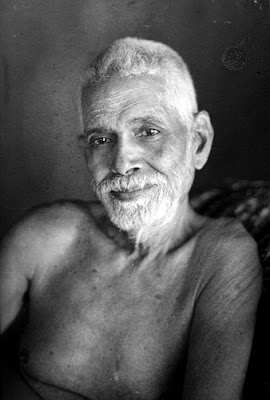 "The Ordainer controls the fate of souls in accordance with their Prarabhdakarma. Whateever is destined not to happen will not happen, try as you may. Whatever is destined to happen will happen, do what you may to prevent it. This is certain. The best course, therefore, is to remain silent”
---Sr Ramana Maharshi

Ramesh Balsekar expresses things in a slightly more modern and less religious-sounding way and uses examples from science and philosophy.

He talks about how the seemingly chaotic, ambiguous quantum micro world gives rise to the precise world of form, precise cause and effect. He says that one way modern science explains this is through the law of probability which, he says, cannot be explained by physical forces.

He gives several examples that have stuck indelibly in my mind. Here is one:

In terms of destiny and action (which in my understanding need not be an invitation to passivity, as is often argued) Balsekar says that the way to act is to make a determination and leave the rest in the hands of God (or, I prefer the term he uses, Totality)

For more on this, through a student of his, Gautam Sachdeva:

I don't personally think that this is all so much mysticism - although it may seem that way because it is often expressed through traditional Indian thought.

Everything I have said above has great relevance - for me, at least, to the great issue of the day - abrupt climate change, the destruction of the Living Planet and its corollary - the near-term extinction of the human species.

I get very reactive towards responses of either writing endless articles about "renewable energy" or thinking that riding an electric bicycle (or driving an electric car), changing the electric light bulbs or any other way of "taking personal responsibility" will make a difference.

It would be more fruitful if we could begin to recognise that we are not personally responsible for the collective predicament of the human species.

However, I also have to recognise that this tendency, too is predetermined (!), so I am unlikely to find many converts to my way of thinking.

In other words, we are captive to civilisation. There is (as some have discovered) really no escape.

It helps me, at least, to understand that all is predetermined.There is an inevitability about it all, including the way that humans, individually and collectively, are reacting to what came before.

It also helps me to know one thing - that I can never know for certain what the future consequences of present action are going to be - although I can, and do, surmise.

In the end, human civilisation is no different from the bacteria in a petrie dish. We reproduce and we produce until there is no room left - and no resources left. We destroy our surroundings and we die.

Advaita is no new-age: "we can manifest our own future" or "it's the will of God and God wouldn't allow all this to happen."

The answer to the question "why?" is really "why not?"

For me, my response is to allow the mind to give up its endless chattering, asking "why, why?" - or "what should I do to "save the planet?" or - more honestly, my deeply-cherished way of life.

It is to allow the mind to come to a place of stillness.

I have no choice but to act, and whatever I do is my destiny.

Maybe, then, it will bring me to to that fifth stage of Elizabeth Kuebler-Ross's stages of grief - to acceptance.

Maybe even to the sixth - gallow humor.


P.S. If you want to hear what Ramesh himself had to say -

Who Wants To Know What? - Ramesh Balsekar

And here is a short documentary about Ramesh's guru, the renowned sage, Sri Nisargadatta Maharaj 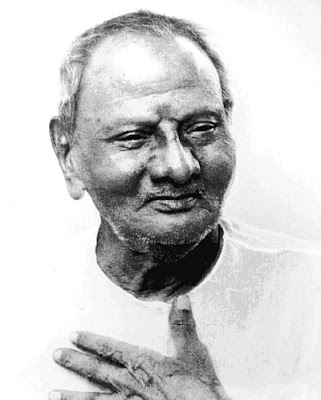 I am only the Self - Nisargadatta Maharaj