US slams Turkey over ‘unacceptable clashes’ with Syria opposition, says they aid ISIS 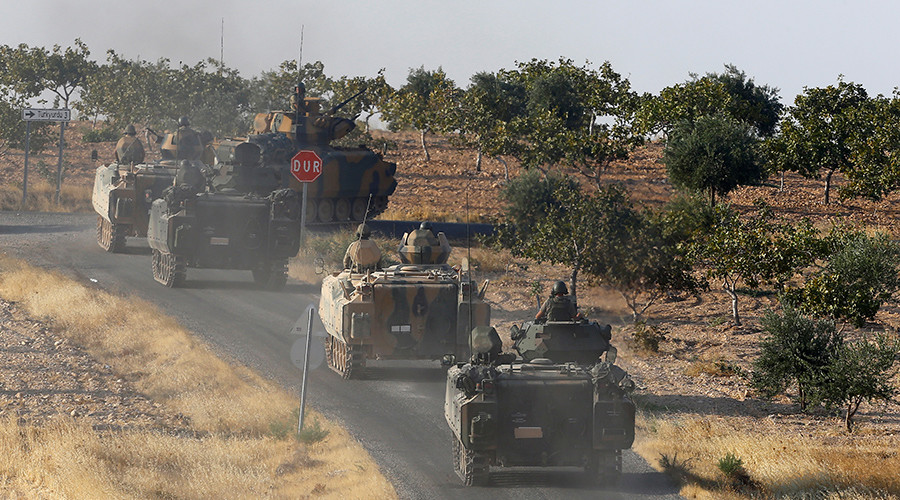 The US says clashes between Turkish forces and opposition groups in northern Syria are “unacceptable.” Washington is concerned this will take the focus away from fighting Islamic State and give the terrorist group the possibility to capture more territory.

Turkey’s use of force against Kurdish forces in Syria has not gone down well with the US, with Washington openly supporting the Kurdish YPG fighters, who have proved to be a vital ground force in the battle against Islamic State (IS, formerly ISIS/ISIL).

"We want to make clear that we find these clashes - in areas where ISIL is not located - unacceptable and a source of deep concern," Brett McGurk, the special presidential envoy for the coalition to counter Islamic State, said on his official Twitter account, citing a Defense Department statement.

"We call on all armed actors to stand down... the US is actively engaged to facilitate such deconfliction and unity of focus on ISIL, which remains a lethal and common threat."

"We have called upon Turkey... to stay focused on the fight against ISIL and not to engage Syrian Defense Forces, and we've had a number of contacts over the last several days," Carter told reporters.

However, Turkey reacted angrily to the American rebuke, with its minister for European Union affairs, Omer Celik, saying no one could tell Ankara which terrorist group it was allowed to target.

"No one has the right to tell us which terrorist organization we can fight against and which one to ignore," Celik told a news conference in Ankara, as cited by Reuters.

Turkey’s Foreign Minister Mevlut Cavusoglu has issued a stark warning to Kurdish Syrian forces, saying they must “immediately” withdraw east of the Euphrates River, otherwise they would face more strikes from Turkish forces.

"The YPG has to immediately cross east of the Euphrates River as they promised the United States and as they announced they would," Cavusoglu said, as cited by AP. "If they don't they will be a target."


Ankara is worried that Kurdish forces are trying to extend their area of control along Turkey’s southern border. Turkey has been involved in a three-decade-long conflict with the Kurdistan Workers’ Party (PKK), which is based in the southeast of the country.

Washington has also reiterated a demand to the Syrian Kurds that they cross the Euphrates. The US says that such a movement has “largely occurred,” while fighters from the US-backed Syria Democratic Forces (SDF), which includes Syrian Kurdish militias, say they have withdrawn south following the Turkish offensive. 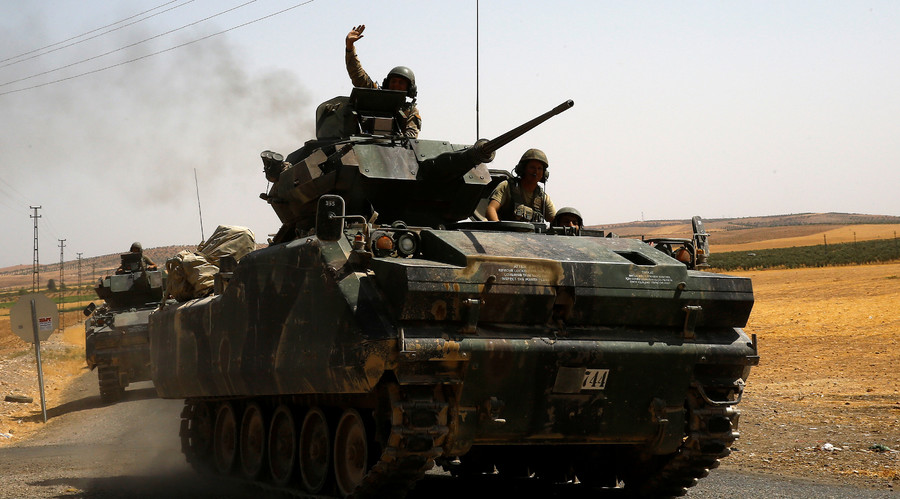 "We, the Military council of Jarablus and its countryside, announce the withdrawal of our forces to the line south of the Sajour River to preserve the lives of civilians and so that no pretext remains for continued strikes on villages and civilians," an online statement from the military council said, as cited by Reuters.

On August 24, Turkey launched a ground operation in Syria codenamed ‘Shield of Euphrates.’ Despite saying it is fighting IS, Turkey has been bombarding Syrian Kurdish YPG militia positions over the last few days and Kurdish officials believe this could be part of a wider goal from Ankara to suppress the Syrian Kurds.

"Turkey's claims that it is fighting the YPG west of the Euphrates have no basis in truth and are merely flimsy pretexts to widen its occupation of Syrian land," Redur Xelil, chief spokesman for the Syrian Kurdish YPG militia, told Reuters.

On Sunday, Ankara said it killed 25 Kurdish fighters, including from the SDF during airstrikes near Jarablus. The assault came “in response to attacks on advancing Turkish-backed rebels” operating in the area.

Representatives of the Kurdish-backed SDF said on Sunday that Turkish airstrikes and shelling of predominantly Kurdish positions in northeast Syria led to civilian casualties. 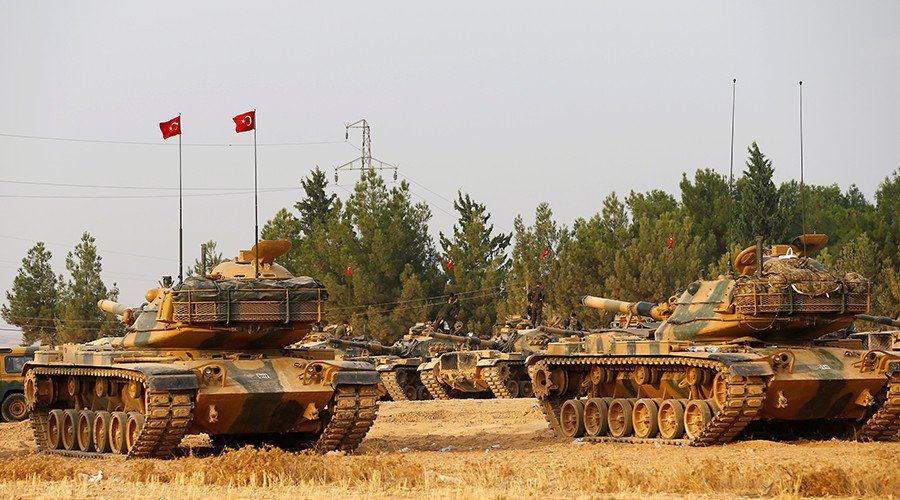 
The current Turkish operation in Syria has been slammed by Damascus as a “blatant violation of sovereignty.” Following the intrusion, the Russian Foreign Ministry also said it was “deeply worried” about the latest development.
Posted by seemorerocks at 12:35