This is headed for somewhere between Tokyo and Sendai – ie. Fukushima NPP.

Japan set to be battered by third typhoon in a week

Typhoon Lionrock is set to hit Japan in the same week as typhoons Mindulle and Kompasu. 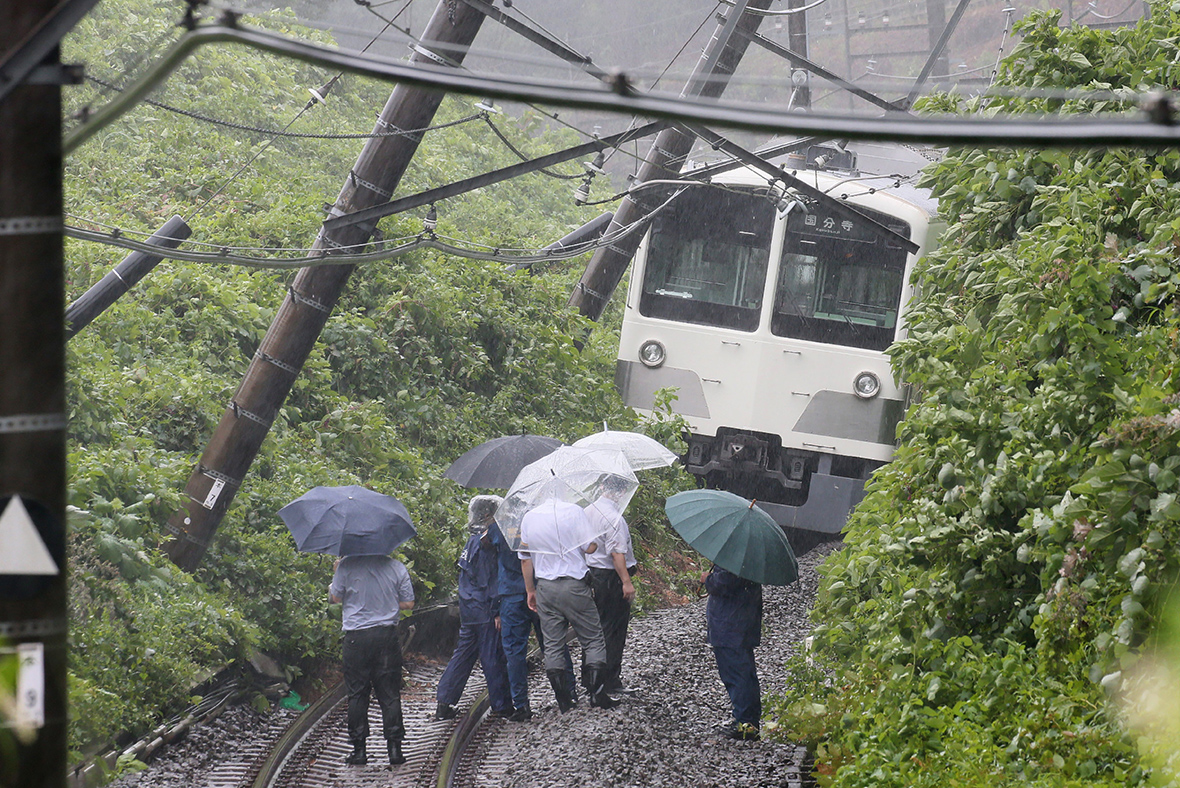 IB Times,
28 August, 2016
Japan is set to endure further extreme weather this week as Typhoon Lionrock crosses the western Pacific. The US' National Weather Service and Ocean Prediction Centre posted pictures of the Typhoon, located south of Kyoto on Saturday (27 August).
The typhoon, which is close to the islands of Okinawa is moving at a speed of around 12mph and should hit Tokyo and Sendai by Tuesday, reports said. Its winds which are currently hitting speeds of 127mph which are just below a category four Atlantic hurricane.
The last hurricane of this strength was Hurricane Joaquin in 2015, which killed 34 people and caused so much damage to the Bahamas that the World Meteorological Organisation retired the name Joaquin from use.
Though Lionrock was expected to peak on Sunday, Japan's weather agency said the typhoon could make landfall at a greater intensity than the two other typhoons endured by Japan in the last seven days. Typhoon Mindulle also affected Tokyo, causing one fatality as well a number of injuries and widespread disruption, such as flooding.

By the time Lionrock makes landfall on Monday evening, local time, it will be at the strength of a category one hurricane and could cause a storm surge of 3-6ft (0.9-1.8m).
Earlier this year, category one Hurricane Earl became the deadliest hurricane to hit Mexico in a decade, causing 54 fatalities.
Lionrock will be the 10th typhoon to hit Japan during this season. Parts of Japan have already been saturated by earlier storms, but there will be more rain before Lionrock reaches the country, making further flooding extremely likely.
According to Accuweather.com, Lionrock's reach is likely to extend as far as parts of Russia, Chinaand North Korea.

After hundreds of flight cancellations last week, Japan and All Nippon Airlines warned customers of possible disruptions to flights on Tuesday.