NZ and China move away from doillar in bilateral trade

What the Hell is John Key up to?

He is Washington's man in Parnell yet he is joining the Chinese in undermining the U.S. Dollar? 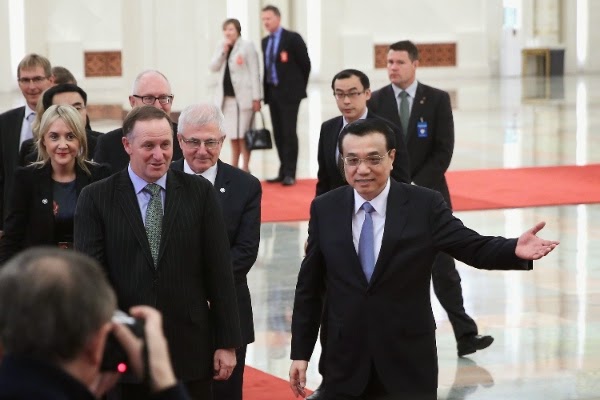 China’s economic ties with New Zealand have been strengthened after the central banks of the two nations on Thursday announced the renewal of a reciprocal currency arrangement to support the settlement of bilateral business deals.

The swap line was first agreed by the People’s Bank of China and the Reserve Bank of New Zealand (RBNZ) in 2011.

The size of the swap facility was 25 billion Renminbi (Chinese yuan), or 5 billion NZ dollars ($4.29 billion), and had a three-year maturity that could be extended if both parties agreed.

Beijing is keen on substituting the US dollar with the yuan in all of China’s trade with other countries. The Chinese currency now trades directly with the Japanese yen, the Australian dollar, the Brazilian real, the EU’s euro, the New Zealand dollar and many other currencies.

“Reserve Bank Deputy Governor Grant Spencer said the bilateral currency swap line will further help the international use of the renminbi, and contributes to a strengthening of the China-New Zealand relationship,” said a statement on the RBNZ website.
Source: Agencies