A warning for NZ internet users

Vodophone fears a consumer backlash. Let's give them one!!

Vodafone - a warning
I am shifting my ISP provider from Vodophone as soon as I can and recommend NZ users to do so too.

I will explain why.

A few years ago I shifted to CLEAR as an ISP provider.

They were a local, New Zealand  company and were good to deal with. In time they were taken over by Australian telecoms giant Telstra who then sold to British Vodophone.

Trouble for me started when I changed from an old Telstra-Clear package to a new "ultra-fast" broadband package with Vodophone.

I started having problems with the "ultra-fast" - my internet from the moment I shifted became super-slow.

When I tried to have this out with them they, not once but twice asked me over the phone to provide my password.

They did not provide any alternatives to giving out my most private detail until pushed - and then was offered "as an alternative" the option of being given an alternative password and then resetting.

Finally, after much hesitation the operator (who was obviously based in Manila or somewhere else in Asia) put me on hold and after a long wait finally got someone from the company here in NZ.

I got the same patter, that it was essentially just a 'consumer's choice' and it wasn't until I said that I have a blog with a readership of up to 2000 a day that he started to take me seriously and left me with a vague promise to tell the operator to give the option.

What about all the other Vodophone users?

I have decided to move to another ISP provider, a local provider that comes with the recommendation of none other than Kim Dotcom. When I told me the story I'm sure that they thought they had heard me wrong, for I had to repeat it. No way, they said, it was unacceptable to ask for a customer's password.

Well, there we are.

Since then they have been totally unable to resolve my problem - by next week I will be connected with a New Zealand firm, Orcon -  and Vodophone the company that will gladly share its customers details with the GCHQ in Britain - or with the NSA, or presumably the GCSB, will be history as far as I'm concerned.

Here are some details of what Vodophone is up to in Britain. Presumably they will be just as happy to co-operate with the GCSB although we're unlikely to hear about it.

My advice - if you're a paradise.net or clear.net or Vodophone customer is - drop them like a hot potato! 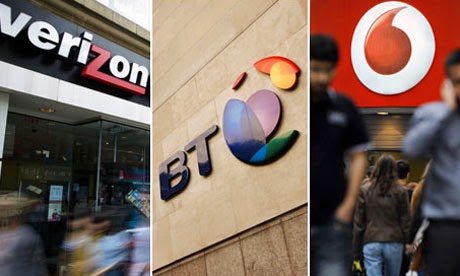 Some of the world's leading telecoms firms, including BT and Vodafone, are secretly collaborating with Britain's spy agency GCHQ, and are passing on details of their customers' phone calls, email messages and Facebook entries, documents leaked by the whistleblower Edward Snowden show.


PS. - It has also been passed on to me that CLEAR and Paradise customers are the only ones in the world that cannot access their own email accounts (without using Webmail) in libraries or cafes because it is presumed that the only place they would want to do this is in their own homes.