Read Snowden’s comments on 9/11 that NBC didn’t broadcast
Only around a quarter of the recent NBC News interview with former intelligence contractor Edward Snowden made it to broadcast, but unaired excerpts now online show that the network neglected to air critical statements about the 9/11 terrorist attacks. 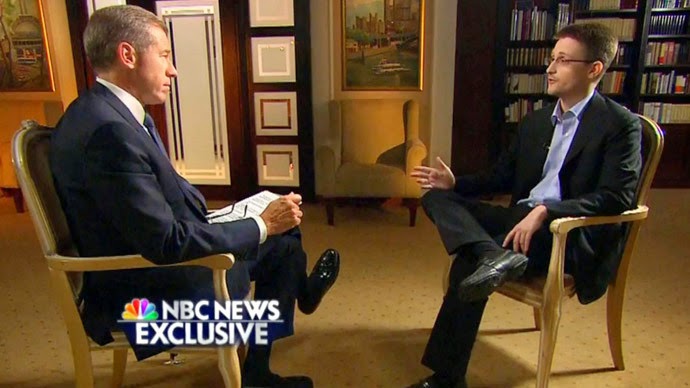 When the four-hour sit-down between journalist Brian Williams and Snowden made it to air on Wednesday night, NBC condensed roughly four hours of conversation into a 60-minute time slot. During an analysis of the full interview afterwards, however, the network showed portions of the interview that didn’t make it into the primetime broadcast, including remarks from the former National Security Agency contractor in which he questioned the American intelligence community’s inability to stop the September 11, 2001 terrorist attacks.

In response to a question from Williams concerning a “non-traditional enemy,” Al-Qaeda, and how to prevent further attacks from that organization and others, Snowden suggested that United States had the proper intelligence ahead of 9/11 but failed to act.

“The problem with mass surveillance is that we’re piling more hay on a haystack we already don’t understand, and this is the haystack of the human lives of every American citizen in our country,”Snowden continued. “If these programs aren’t keeping us safe, and they’re making us miss connections — vital connections — on information we already have, if we’re taking resources away from traditional methods of investigation, from law enforcement operations that we know work, if we’re missing things like the Boston Marathon bombings where all of these mass surveillance systems, every domestic dragnet in the world didn’t reveal guys that the Russian intelligence service told us about by name, is that really the best way to protect our country? Or are we — are we trying to throw money at a magic solution that’s actually not just costing us our safety, but our rights and our way of life?

Indeed, the director of the NSA during Snowden’s stint there, Gen. Keith Alexander, reportedly endorsed a method of intelligence gathering in which the agency would collect quite literally all the digital information it was capable of.

“Rather than look for a single needle in the haystack, his approach was, ‘Let’s collect the whole haystack,’” one former senior US intelligence official recently told the Washington Post. “Collect it all, tag it, store it. . . .And whatever it is you want, you go searching for it.”

In recent weeks, a leaked NSA document has affirmed that under the helm of Alexander, the agency was told it should do as much as possible with the information it gathers: "sniff it all, know it all, collect it all, process it all and exploit it all,” according to the slide.

“They're making themselves dysfunctional by collecting all of this data,” Bill Binney, a former NSA employee-turned-whistleblower himself, told the Daily Caller last year. Like Snowden, Binney has also argued that the NSA’s “collect it all” condition with regards to intelligence gathering is deeply flawed.

“They've got so much collection capability but they can't do everything. They're probably getting something on the order of 80 percent of what goes up on the network. So they're going into the telecoms who have recorded all of the material that has gone across the network. And the telecoms keep a record of it for I think about a year. They're asking the telecoms for all the data so they can fill in the gaps. So between the two sources of what they've collected, they get the whole picture,” Binney said.

Although NBC neglected to play Mr. Snowden’s remarks to Williams in which he questioned the efficiency of modern intelligence gathering under the guise of being a counterterrorism tool, it did air on television other remarks from the former contractor concerning the terrorist attacks.

“It’s really disingenuous for the government to invoke and sort of scandalize our memories to sort of exploit the national trauma that we all suffered together and worked so hard to come through to justify programs that have never been shown to keep us safe, but cost us liberties and freedoms that we don’t need to give up and our Constitution says we don’t need to give up,” he said in an excerpt broadcast on air.

would not get a fair trial –

and Kerry is wrong

Edward Snowden is the greatest patriot whistleblower of our time, and he knows what I learned more than four decades ago: until the Espionage Act gets reformed, he can never come home safe and receive justice 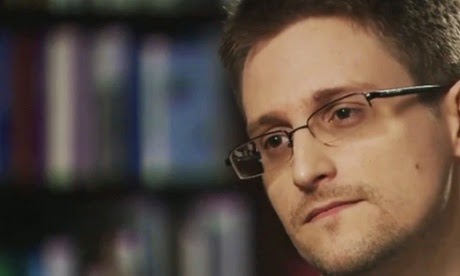 
John Kerry was in my mind Wednesday morning, and not because he had called me a patriot on NBC News. I was reading the lead story in the New York Times – "US Troops to Leave Afghanistan by End of 2016" – with a photo of American soldiers looking for caves. I recalled not the Secretary of State but a 27-year-old Kerry, asking, as he testified to the Senate about the US troops who were still in Vietnam and were to remain for another two years: How do you ask a man to be the last man to die for a mistake?

I wondered how a 70-year-old Kerry would relate to that question as he looked at that picture and that headline. And then there he was on MSNBC an hour later, thinking about me, too, during a round of interviews about Afghanistan that inevitably turned to Edward Snowden ahead of my fellow whistleblower’s own primetime interview that night:

There are many a patriot – you can go back to the Pentagon Papers with Dan Ellsberg and others who stood and went to the court system of America and made their case. Edward Snowden is a coward, he is a traitor, and he has betrayed his country. And if he wants to come home tomorrow to face the music, he can do so.

On the Today show and CBS, Kerry complimented me again – and said Snowden "should man up and come back to the United States" to face charges. But John Kerry is wrong, because that's not the measure of patriotism when it comes to whistleblowing, for me or Snowden, who is facing the same criminal charges I did for exposing the Pentagon Papers.

As Snowden told Brian Williams on NBC later that night and Snowden's lawyer told me the next morning, he would have no chance whatsoever to come home and make his case – in public or in court.

Snowden would come back home to a jail cell – and not just an ordinary cell-block but isolation in solitary confinement, not just for months like Chelsea Manning but for the rest of his sentence, and probably the rest of his life. His legal adviser, Ben Wizner, told me that he estimates Snowden's chance of being allowed out on bail as zero. (I was out on bond, speaking against the Vietnam war, the whole 23 months I was under indictment).

More importantly, the current state of whistleblowing prosecutions under the Espionage Act makes a truly fair trial wholly unavailable to an American who has exposed classified wrongdoing. Legal scholars havestrongly argued that the US supreme court – which has never yet addressed the constitutionality of applying the Espionage Act to leaks to the American public – should find the use of it overbroad and unconstitutional in the absence of a public interest defense. The Espionage Act, as applied to whistleblowers, violates the First Amendment, is what they're saying.

As I know from my own case, even Snowden's own testimony on the stand would be gagged by government objections and the (arguably unconstitutional) nature of his charges. That was my own experience in court, as the first American to be prosecuted under the Espionage Act – or any other statute – for giving information to the American people.

I had looked forward to offering a fuller account in my trial than I had given previously to any journalist – any Glenn Greenwald or Brian Williams of my time – as to the considerations that led me to copy and distribute thousands of pages of top-secret documents. I had saved many details until I could present them on the stand, under oath, just as a young John Kerry had delivered his strongest lines in sworn testimony.

But when I finally heard my lawyer ask the prearranged question in direct examination – Why did you copy the Pentagon Papers? – I was silenced before I could begin to answer. The government prosecutor objected – irrelevant – and the judge sustained. My lawyer, exasperated, said he "had never heard of a case where a defendant was not permitted to tell the jury why he did what he did." The judge responded:well, you're hearing one now.

And so it has been with every subsequent whistleblower under indictment, and so it would be if Edward Snowden was on trial in an American courtroom now.

Indeed, in recent years, the silencing effect of the Espionage Act has only become worse. The other NSA whistleblower prosecuted, Thomas Drake, was barred from uttering the words "whistleblowing" and "overclassification" in his trial. (Thankfully, the Justice Department's case fell apart one day before it was to begin). In the recent case of the State Department contractor Stephen Kim, the presiding judge ruled the prosecution "need not show that the information he allegedly leaked could damage US national security or benefit a foreign power, even potentially."

We saw this entire scenario play out last summer in the trial of Chelsea Manning. The military judge in that case did not let Manning or her lawyer argue her intent, the lack of damage to the US, overclassification of the cables or the benefits of the leaks ... until she was already found guilty.

Without reform to the Espionage Act that lets a court hear a public interest defense – or a challenge to the appropriateness of government secrecy in each particular case – Snowden and future Snowdens can and will only be able to "make their case" from outside the United States.

As I know from direct chat-log conversations with him over the past year, Snowden acted in full knowledge of the constitutionally questionable efforts of the Obama administration, in particular, to use the Espionage Act in a way it was never intended by Congress: as the equivalent of a British-type Official Secrets Act criminalizing any and all unauthorized release of classified information. (Congress has repeatedly rejected proposals for such an act as violating the First Amendment protections of free speech and a free press; the one exception to that was vetoed by President Clinton in November 2000, on constitutional grounds.)

John Kerry's challenge to Snowden to return and face trial is either disingenuous or simply ignorant that current prosecutions under the Espionage Act allow no distinction whatever between a patriotic whistleblower and a spy. Either way, nothing excuses Kerry's slanderous and despicable characterizations of a young man who, in my opinion, has done more than anyone in or out of government in this century to demonstrate his patriotism, moral courage and loyalty to the oath of office the three of us swore: to support and defend the Constitution of the United States.