Three men are missing in rural Colorado after a massive mudslide struck near the small mountain town of Colbran at around 6:15 p.m. local time Sunday, but the search has been hampered because the area of the slide is unstable.
Fifty-one-year-old county road worker Clancy Nichols, his 24-year-old son Danny and 46-year-old Wes Hawkins have been missing since Sunday after rain-saturated ridge collapsed.
Searchers looked for the men Monday at the lower end of the slide. The upper portion is considered too unstable and is at risk of sliding again.
The search is scheduled to resume Tuesday.
The slide is estimated to be 2 miles wide, 4 miles long and up to 250 feet deep in places, the Mesa County Sheriff's Department said. No damage was reported to any structures or roads, but gas wells in the area were shut off under the threat of encroaching mud.


"This slide is unbelievably big," Lt. Phil Stratton of the Mesa County Sheriff's Office, said. Authorities added that the site of the mudslide was extremely unstable and that the entire ridge was likely moving for much of the day Sunday. 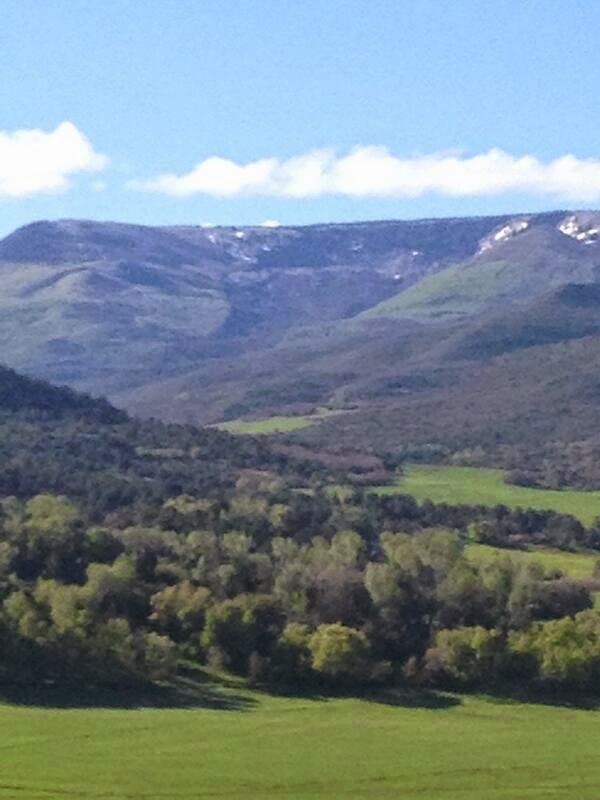 Pic of massive mudslide near Collbran in Mesa County. Probably more than 10 miles away and still looks huge. #9News
Posted by seemorerocks at 13:02