These articles testify to a rapidly-changing climate especially in continental North America and Asia.

Since I have been doing this blog the stories are coming in thicker and faster as conditions deteriorate on the planet.

I have neither the time or the energy to collate these individual stories so much any more, so I will be relying more on people such as Robertscribbler who is doing such a good job at chronicling the changing climate.

Paul Beckwith and Mylum O'Shinn are doing a fabulous job at making sure the stories get told and the dots are - in addition to my own Facebook and Twitter pages that I shall use in future to bring these stories.


Mega dry spell Spain's worst in 150 years
Parts of Spain are currently suffering through their most intense dry spell in a century and a half with Valencia and Alicante among the worst affected regions. Future predictions are not too rosy either, meteorologists warn. 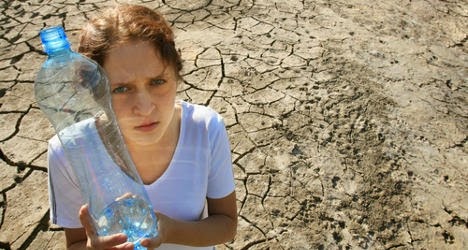 The last eight months have been brutally dry for large swathes of southern and eastern Spain.

While huge storms buffeted Spain's Atlantic coasts and the Canary Islands during the winter and spring, Valencia and Alicante, as well as areas including Murcia, parts of Albacete province, and the Andalusian provinces of Jaén, Almería, Cadíz and Málaga have all been starved of rain.

In the last 150 years, there has never been "such a long and intense drought", according to the country's meteorological agency Aemet.

Indeed there are parts of the country where during "the second worst period of drought on record there was twice as much rain as now", meteorologist José Antonio Maldonado told Spanish free daily 20 minutos.

Rainfall levels in many areas have been less than half of those seen from 1971 to 2000, while some places have seen less than 25 percent of those levels.

Most dams are still at somewhere between 74 percent and 90 percent of capacity thanks to rains from earlier years, but some farmers are already struggling to water their crops, or have gone out of business.

Spain is also facing an uncertain water future: a 2013 study by the Spanish National Research Council (CSIC) looking at the period from 1945 to 2005 found the country's droughts were becoming more intense and more regular. 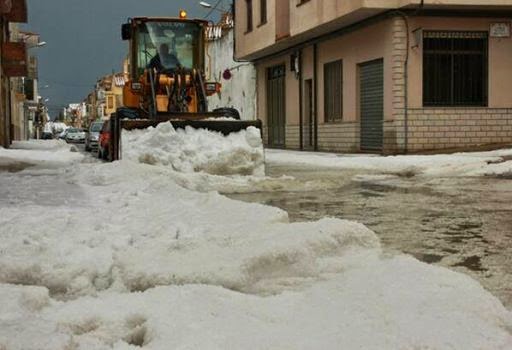 Strongest May Hurricane on

Record in the Eastern Pacific

Hurricane Amanda became the strongest eastern Pacific hurricane on record in the month of May on Sunday after a period of rapid intensification.

Amanda's estimated maximum sustained winds reached 155 mph late Sunday morning, putting it at the top end of the Category 4 range on the five-category Saffir-Simpson Hurricane Wind Scale. It has now surpassed 2001's Hurricane Adolph, which was previously the eastern Pacific's strongest May hurricane on record. (Incidentally, the strongest Atlantic May hurricane of record was Category 3 Hurricane Able with peak winds of 115 mph off North Carolina's Outer Banks on May 21, 1951.)
Amanda, the first named storm and first hurricane of the eastern Pacific hurricane season, formed Thursday afternoon as a tropical depression about 635 miles south-southwest of Manzanillo, Mexico. It is now drifting slowly to the north-northwest; this motion is expected to continue through Tuesday. Other than a few minor islands well offshore such as Socorro Island, it is no threat to land.
Amanda is expected to weaken quickly soon. Its slow motion is stirring up the waters beneath it, allowing colder water to come to the surface. Additionally, increasing vertical wind shear and dry air will start to disrupt its circulation. By later this week, if not sooner, Amanda will have weakened to a tropical depression, then remnant low.
Again, to reemphasize, this system is not expected to threaten the North American mainland. However, it is possible some of Amanda's remnant mid-and upper-level moisture may get pulled northward into parts of the Desert Southwest and Rockies later in the week.

7 States Running Out Of Water 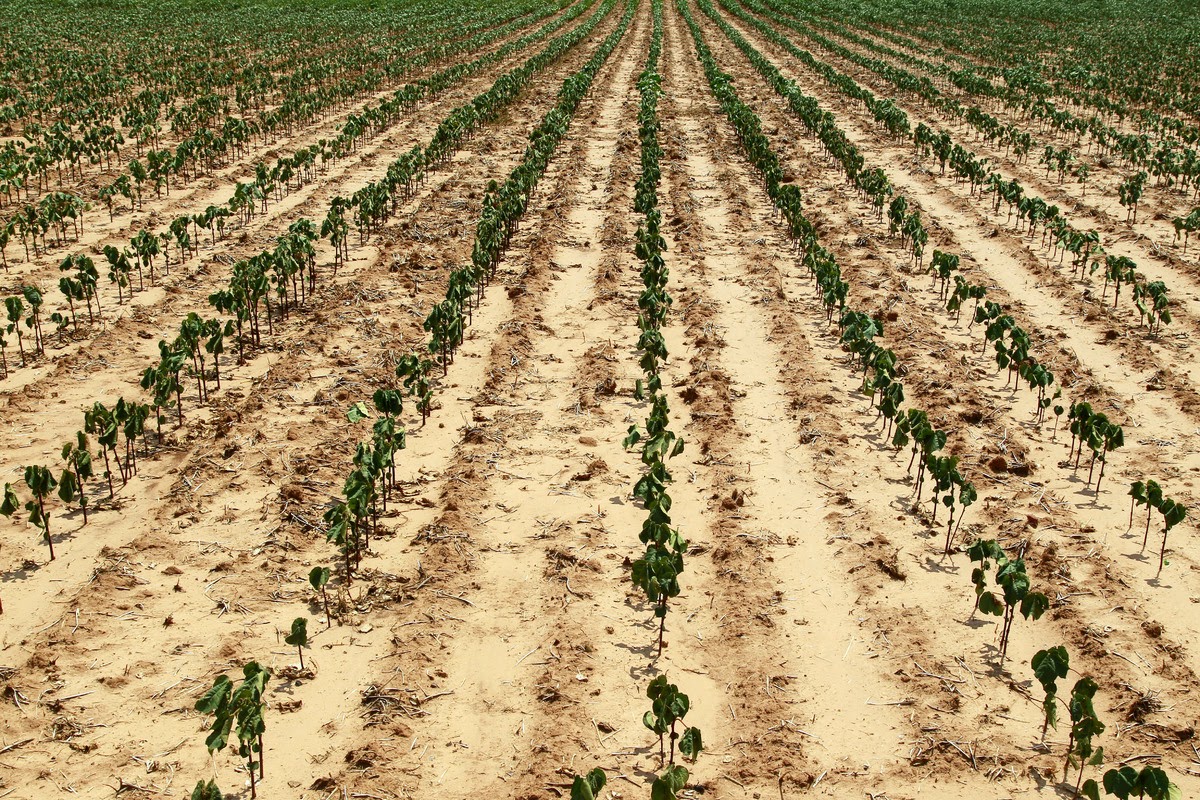 In seven states drought conditions were so severe that each had more than half of its land area in severe drought. Severe drought is characterized by crop loss, frequent water shortages, and mandatory water use restrictions. Based on data from the U.S. Drought Monitor, 24/7 Wall St. reviewed the states with the highest levels of severe drought.

In an interview, U.S. Department of Agriculture (USDA) meteorologist Brad Rippey, told 24/7 Wall St. that drought has been a long-running issue in parts of the country. “This drought has dragged on for three and a half years in some areas, particularly [in] North Texas,” Rippey said. 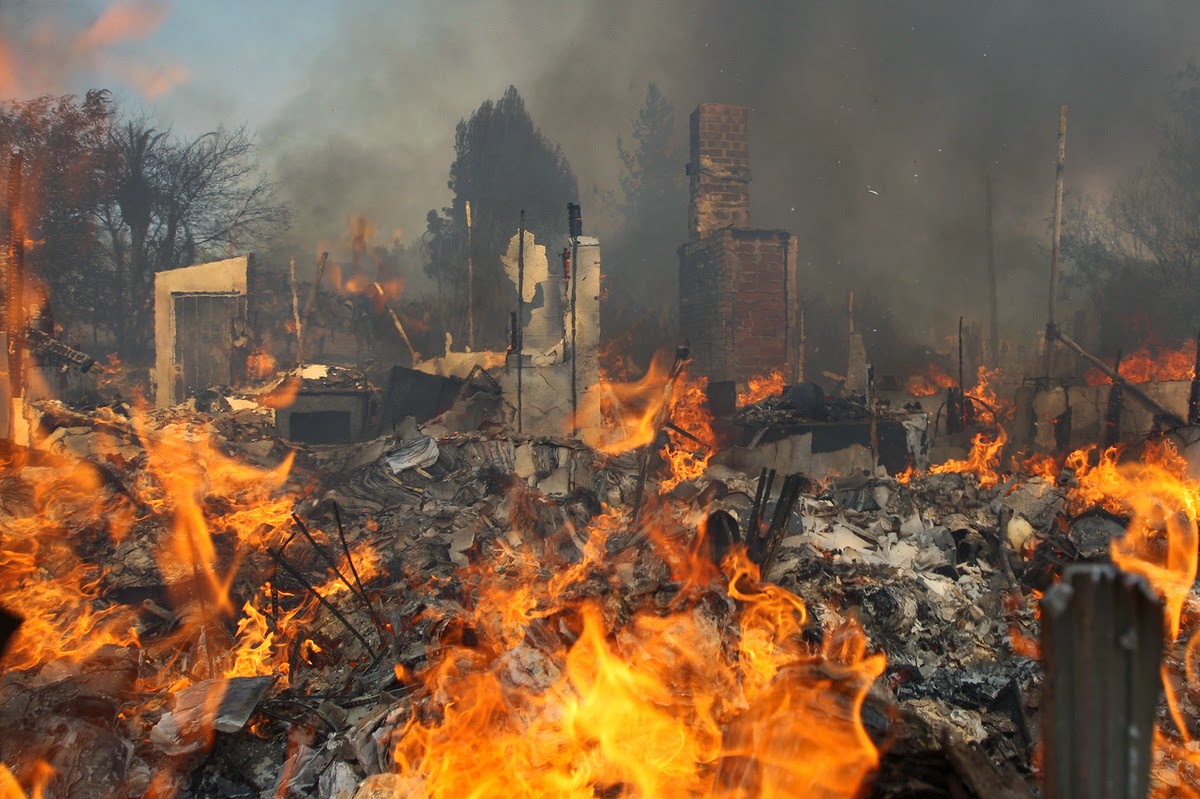 Click here to see the states running out of water.

While large portions of the seven states suffer from severe drought, in some parts of these states drought conditions are even worse. In six of the seven states with the highest levels of drought, more than 30% of each state was in extreme drought as of last week, a more severe level of drought characterized by major crop and pasture losses, as well as widespread water shortages. Additionally, in California and Oklahoma, 25% and 30% of the states, respectively, suffered from exceptional drought, the highest severity classification. Under exceptional drought, crop and pasture loss is widespread, and shortages of well and reservoir water can lead to water emergencies.

Drought has had a major impact on important crops such as winter wheat. “So much of the winter wheat is grown across the southern half of the Great Plains,” Rippey said, an area that includes Texas, Oklahoma, and Kansas, three of the hardest-hit states. Texas alone had nearly a quarter of a million farms in 2012, the most out of any state, while neighboring Oklahoma had more than 80,000 farms, trailing only three other states. 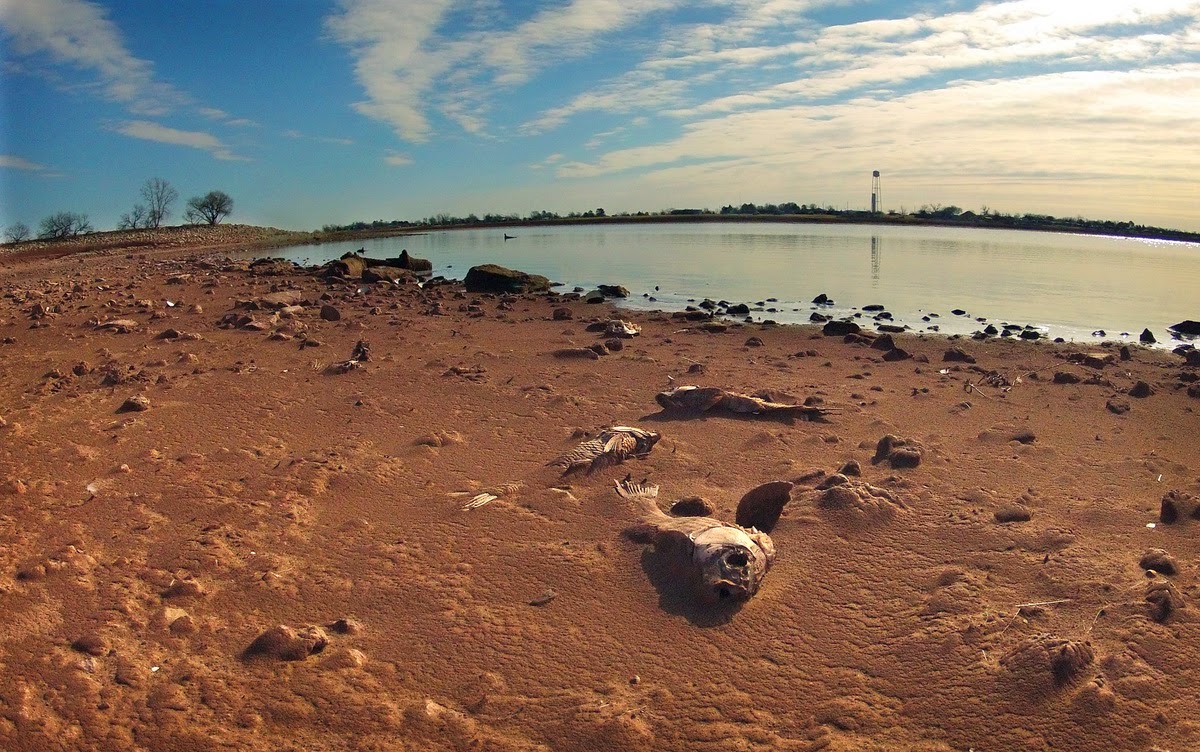 In the Southwest, concerns are less-focused on agriculture and more on reservoir levels, explained Rippey. In Arizona, reservoir levels were just two-thirds of their usual average. Worse still, in New Mexico, reservoir stores were only slightly more than half of their normal levels. “And Nevada is the worst of all. We see storage there at about a third of what you would expect,” Rippey said.

The situation in California may well be the most problematic of any state. The entire state was suffering from severe drought as of last week, and 75% of all land area was under extreme drought. “Reservoirs which are generally fed by the Sierra Nevadas and the southern Cascades [are] where we see the real problems,” Rippey said. Restrictions on agricultural water use has forced many California farmers to leave fields fallow, he added. “At [the current] usage rate, California has less than two years of water remaining.”

The U.S. Drought Monitor is produced by the U.S. Department of Agriculture (USDA), the National Oceanic Atmospheric Administration (NOAA), and the National Drought Mitigation Center at the University of Nebraska-Lincoln. 24/7 Wall St. reviewed the seven states with the highest proportions of total area classified in at least a state of severe drought as of May 13, 2014. We also reviewed figures recently published by the USDA’s National Agricultural Statistics Service as part of its 2012 Census of Agriculture. 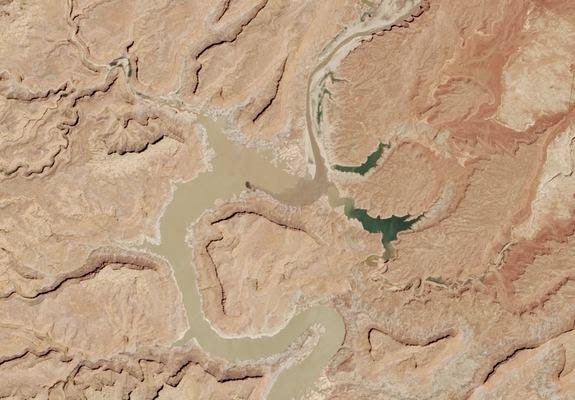 Western drought has left this reservoir on the border of Utah and Arizona less than half full, thesatellite image captured on May 13 reveals. As of May 21, the lake was at 42 percent of capacity, according to U.S. Bureau of Reclamation (USBR) data.

Lake Powell is crucial for both water and electricity. Some 20 million people drink water from the reservoir; the controversial Glen Canyon dam, which created the lake, produces about 4.5 billion kilowatt-hours of hydroelectricity a year, on average, according to the USBR.

But 14 straight years of drought have done a number on Lake Powell's levels. Lake Powell was at 94 percent capacity in 2000, according to NASA's Earth
Observatory, which released the image. Between now and then, all but three years have been years of drought. The reservoir will probably top out around 51 percent of capacity in 2014. Lake levels are likely to drop even more over the next few years, perhaps reaching 3,536 feet (1,080 meters) above sea level, or 164 feet (50 m) feet lower than a full pool of 3,700 feet (1,128 m) above sea level. To get a sense of the amount of volume lost in that sort of drop, consider that Lake Powell covers 254 square miles (658 square kilometers).

The effects of a half-full Lake Powell are varied. Glen Canyon National Recreation area, which encompasses the lake and much of its surroundings, is currently warning park visitors to take care using boat launch ramps into the park. Because the water levels are so low, water on the ramps is very shallow and leads to sudden drop-offs. But tourists may have reasons other than boating to come to the area. The lower-than-usual water levels have revealed spots flooded after the creation of the Glen Canyon Dam in the 1960s.

Among these spots are the Cathedral in the Desert, a water-carved grotto partially exposed by low lake levels. Another beloved spot, Rock Creek Canyon, features an exposed arch that boaters can float beneath.

The low water has also revealed bad news in the form of an extensive infestation of quagga mussels, an invasive species that multiply quickly, compete with native species for food and can clog water intake pipes. In February, National Park Service officials reported that dropping water levels had revealed more than 1,000 mussels attached to canyon walls, the Glen Canyon dam and other underwater structures.