Is there anyone out there that still thinks that there's still something that can be expected from the political masters (except insanity and lies) or that Obama is on your side?!

The House Science Committee Declares The IPCC Report Is Not Science 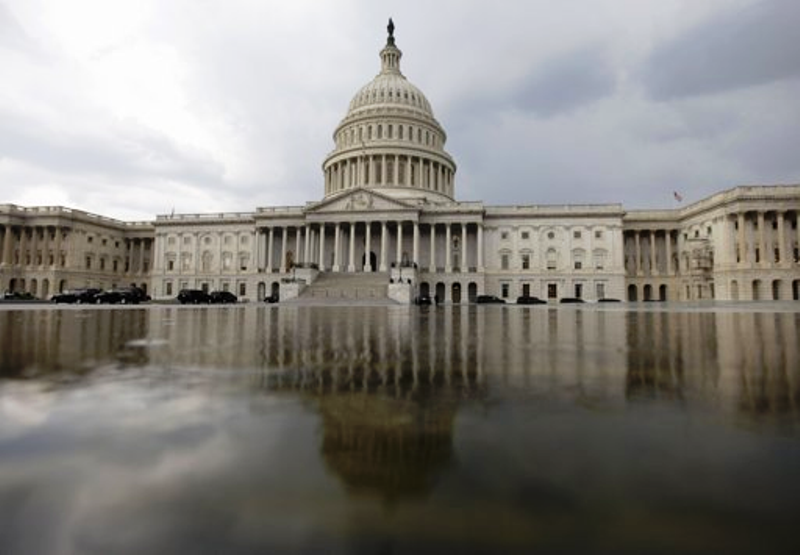 The Intergovernmental Panel on Climate Change (IPCC) report warned that more intense droughts and heat waves will cause famine and water shortages. But, don't worry! Yesterday, the GOP held a hearing to tell us the IPCC is, in fact, a global conspiracy to control our lives and "redistribute wealth among nations."

The hearing, titled "Examining the UN Intergovernmental Panel on Climate Change Process," was convened by the House Committee on Science, Space and Technology—the same folks who recently demonstrated their inability to grasp the idea that the world's climate varies across different regions and who informed us that warmer weather didn't bother the dinosaurs, so what's all the fuss about?

This Is What the GOP's War On Science Looks Like

I've seen some surreal moments in our nation's capitol, but few can compare to watching…

In principle, there's nothing wrong with assessing the methodology of such an important and influential report. But, in one of those quintessential moments of Washington double-think, Chairman Lamar Smith (R-TX)—who accuses the IPCC of creating data to serve a predetermined political agenda—summarized the hearing's conclusions a day before it even began. "The IPCC does not perform science itself and doesn't monitor the climate," Smith told a reporter, "but only reviews carefully selected scientific literature."
So, small wonder that Rep. Eddie Bernice Johnson (D-TX), the ranking Democrat on the committee, offered the opinion:
While the topic of today's hearing is a legitimate one, namely, how the IPCC process can be improved, I am concerned that the real objective of this hearing is to try to undercut the IPCC and to cast doubt on the validity of climate change research.
We aren't going to get very far if we spend our time continually revisiting a scientific debate that has already been settled. Nor will we get far if we continue a recent practice on this Committee of seeming to question the trustworthiness and integrity of this nation's scientific researchers.

Fair and Balanced
Another source of Johnson's skepticism might have been that three of the four expert witnesses testifying at the hearing either deny that humans are responsible for global warming or believe that the potential impact of climate change is grossly overstated
SEXPAND
The witnesses for the prosecution were:
(1) Roger Pielke,Sr.
Who is he?
Senior Research Scientist, Cooperative Institute for Research in Environmental Sciences, and Professor Emeritus of Atmospheric Science, Colorado State University
What's he known for?
Pielke says that carbon dioxide is responsible, at most, for about 28% of human-caused warming up to the present and he is among the most vocal skeptics of reports that the polar ice caps are melting and that sea levels are rising.
What did he say at the hearing?
The IPCC is "giving decision makers who face decisions at the regional and local level a false sense of certainty about the unfolding climate future."
(2) Richard Tol
Who is he?
A professor of economics at the University of Sussex
What's he known for?
He resigned his position with the IPCC team producing the working group's Summary for Policymakers, which he classified as "alarmist." Global warming creates benefits as well as harms, he believes, and in the short term, the benefits are especially pronounced. He's also expressed doubt that climate change will play any role in exacerbating conflicts.
Tol has been criticized by other scientists who have raised questions about his methodology and who have noted that he has a history of making contradictory statements. For instance, in a widely cited 2009 paper, he wrote of "considerable uncertainty about the economic impact of climate change … negative surprises are more likely than positive ones. … The policy implication is that reduction of greenhouse gas emissions should err on the ambitious side."
What did he say at the hearing?
"Academics who research climate change out of curiosity but find less than alarming things are ignored, unless they rise to prominence in which case they are harassed and smeared….The IPCC should therefore investigate the attitudes of its authors and their academic performance and make sure that, in the future, they are more representative of their peers."
(3) Daniel Botkin
Who is he?
Professor Emeritus, Department of Ecology, Evolution, and Marine Biology, University of California, Santa Barbara.
What's he known for?
He has long argued that life has had to deal with environmental change, especially climate change, since the beginning of its existence on Earth—and that we underestimate the ability of species, including humans, to find ways to adapt to the problem.
Botkin wrote a controversial editorial for the Wall Street Journal (Oct 17, 2007) arguing that global warming will not have much impact on life on Earth, and noted that: "the reality is that almost none of the millions of species have disappeared during the past 2.5 million years — with all of its various warming and cooling periods."
The editorial prompted several responses from within the scientific community, including this:
For the past 2.5 million years the climate has oscillated between interglacials which were (at most) a little warmer than today and glacials which were considerably colder than today. There is no precedent in the past 2.5 million years for so much warming so fast. The ecosystem has had 2.5 million years to adapt to glacial-interglacial swings, but we are asking it to adapt to a completely new climate in just a few centuries. The past is not a very good analog for the future in this case. And anyway, the human species can suffer quite a bit before we start talking extinction.
What did he say at the hearing?
"I want to state up front that we have been living through a warming trend driven by a variety of influences. However, it is my view that this is not unusual, and contrary to the characterizations by the IPCC….these environmental changes are not apocalyptic nor irreversible…..Yes, we have been living through a warming trend, no doubt about that. The rate of change we are experiencing is also not unprecedented, and the "mystery" of the warming "plateau" simply indicates the inherent complexity of our global biosphere. Change is normal, life on Earth is inherently risky; it always has been."
The Q & A
The lone witness for the defense was Michael Oppenheimer, the Albert G. Milbank Professor of Geosciences and International Affairs at Princeton University. He was selected by the Democrats, "because he's one of the foremost experts in the world and has been involved with the IPCC," a spokesperson for the Democratic contingent of the committee told Motherboard reporter Jason Koebler.
Koebler describes how things went down at the hearing after the experts presented their statements:
For two hours, climate change deniers interrupted, berated, and cut off Oppenheimer, while the other three other witnesses fielded softball questions from conservative lawmakers and dodged tougher ones from Democratic ones.
In fact, at one point, Rep. Larry Buchson (R-Ind.), who, seconds before had interrupted Oppenheimer and said he wasn't interested in hearing his views, wanted to "apologize on behalf of Congress" to Pielke for the aforementioned "juvenile and insulting questions trying to disparage the credibility" of witnesses who didn't take climate change seriously…..
Dana Rohrabacher [R-CA] pulled out the air quotes when he said "global warming," and took offense to Oppenheimer not being able to "capsulize" all the reasons why he believes that climate change is a big deal in 10 seconds. Smith suggested that the "only thing we know about [climate change models] is that they will be wrong" and suggested that "even if the US was completely eliminated, it's not going to have any discernible impact on global temperatures in the near or far future."
Paul Broun [R-GA] and Buchson noted their belief in the "scientific process" and suggested that they knew more about it because they are doctors (Broun is a dentist; Buchson is a surgeon).

So predictable, and such a waste of time. As I noted earlier, in principle, there is nothing wrong with assessing the methodology of such an important and influential report. But there are far better ways to do it than this.
SEXPAND
The most noteworthy aspect of the IPCC is that it has worked far better than anyone anticipated. As Spencer Weart, the former director of the Center for History of Physics has written:
The IPCC's constitution should have been (and perhaps was intended to be) a recipe for paralysis. Instead, the panel turned its procedural restraints into a virtue: whatever it did manage to say would have unimpeachable authority.
Experts contributed their time as volunteers, writing working papers that drew on the latest studies. These were debated at length in correspondence and workshops. The IPCC scientists, initially 170 of them in a dozen workshops, worked hard and long to craft statements that nobody could fault on scientific grounds. The draft reports next went through a process of peer review, gathering comments from virtually every climate expert in the world. It was much like the process of reviewing articles submitted to a scientific journal, although with far more reviewers. All this followed the long-established practices, norms and traditions of science. The scientists found it easier than they had expected to reach a consensus. This undertaking was the first of its kind in terms of breadth, and the exhaustive level of review and revision.

If Congress only worked half as well.