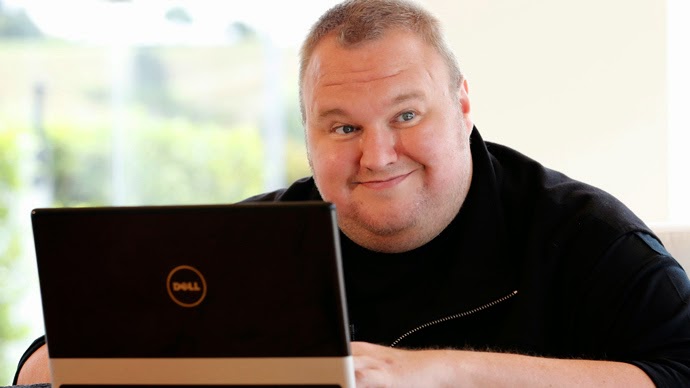 
The new party called Internet Mana will put up a combined list of candidates in the election. The deal was announced by Mana Party’s leader Hone Harawira and Internet Party’s chief executive Vikram Kumar during a joint press conference in the parliament on Tuesday morning.

Harawira will be at number one of the joint entity's party list with an Internet Party candidate at number two, The New Zealand Herald reported.

Dotcom, also known as Kim Schmitz, was said to have brokered the deal but will not hold any position in the party because he is not yet a citizen and thus cannot stand for election. The German-born mogul and the found of Megaupload has been fighting US attempts to extradite him from New Zealand to face online piracy charges.

“Every vote for #InternetMANA will effectively strengthen the momentum for change and hope in New Zealand.” - @vikram_nz #InternetParty

Internet Party’s Kumar said he was "absolutely delighted to have come to an arrangement". He stressed that the two parties would retain their separate policies. The Internet Party will aim at young voters with policies of cheaper Internet, the creation of high-tech jobs, and the protection of privacy and the Mana Party will carry on with its focus on giving a voice to “the poor, the powerless and the dispossessed.”

The party’s current MP holds one of seven seats reserved for the indigenous Maori people.

“I see this as being a brighter future for Mana and I see us doing far better in this election than commentators might have thought three or four months ago," Harawira said.

Kim Dotcom launched his Internet Party in March with promises of high-speed internet, a high-tech jobs boom, restricted government surveillance and a review of the Trans-Pacific Partnership Agreement as part of its political platform. "It is a movement for people who haven't voted before, who have been disappointed by voting, or who don't like the political choices on offer," Dotcom said.

At least three Mana members have left the party over the announcement that it will form an alliance with businessman Kim Dotcom's Internet Party.
After several weeks of negotiations, they have agreed to form a joint party called Internet Mana to contest the party vote at the general election on 20 September. 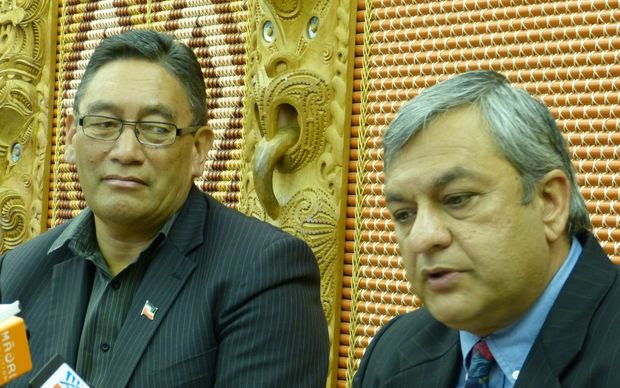 Sue Bradford.
Photo: SUPPLIED
But prominent activist and former MP Sue Bradford, one of three members known to have left over the announcement, said sucking up to a German millionaire is not her idea of a future.
"I think it's a big mistake. Obviously, money's part of it, they've made that clear, but I think it's more than money."
Ms Bradford said the merger is a bad move which goes against the core principles of the Mana Party. She said the poorest people in the country are not going to be saved by Mr Dotcom.
At Parliament, Mr Harawira said he is sad that the party has lost Ms Bradford, but the alliance isn't about Kim Dotcom.
The United States is seeking the extradition of Mr Dotcom and three other men accused of copyright infringement and money-laundering charges relating to the now-defunct Megaupload website.
"Today's arrangement was a formal arrangement between Mana and the Internet Party, whether he's extradited or not," Mr Harawira told reporters.
The Internet Party's chief executive, Vikram Kumar, said the parties would pool resources, but his would cover most of the financial costs of the election campaign at an amount to be decided.
"The expertise and experience that the Mana movement brings on the ground is a huge benefit to Internet Mana, and so while the money is important, no doubt, by no means is that the single driving element."
The new party will be have to be formally registered with the Electoral Commission with a new membership count.

Pita Sharples.
Photo: RNZ
Maori Party MP Pita Sharples said on Tuesday he believes Mana has got it wrong in cosying up to the Internet Party.
"It's money and thinking that you get more people in, I guess, by combining. I think they'll lose quite a bit of support, to be honest. I've just been up to Whangarei last week and that was the talk."
Dr Sharples said Mana is supposed to stand for all things Maori, but has sold out on those issues.

Labour MP to take on Harawira

Labour Party list MP Kelvin Davis says he is planning to take on Hone Harawira by campaign for the party vote and the electorate seat in Te Tai Tokerau.
Labour leader David Cunliffe said on Tuesday the party's approach is to run hard in every one of the seven Maori seats.

Kelvin Davis.
Photo: LABOUR PARTY
Mr Davis, who recently replaced Shane Jones, believes the people of Te Tai Tokerau may be tiring of Mr Harawira, who has held the seat since 2005.
"I think that there is a bit of a groundswell of a mood for change. I think that a lot of people are saying, 'Well, what's happened and where's he been and what's he done?'
"Unemployment and housing has not improved over the last nine years he's been there, so there's a real opportunity for me."
Mr Davis challenged Mr Harawira for the seat in the 2011 by-election and lost out by more than 1000 votes.
David Cunliffe said Kelvin Davis is a fine MP. "I want Kelvin Davis to win and I want all our Maori MPs to win."
Mr Cunliffe said he would be interested to see how what he called the romance between the Mana Party and the Internet Party plays out.
On the question of whether Labour could work with the new alliance, he said he would see how it tracks, but ultimately it would come down to the judgement of the New Zealand people on election day.

Conservative Party leader Colin Craig says he expects his party will be a player at this year's election, offering National a potential ally.
The alliance between the Internet and Mana parties could bolster support for centre-left parties and leave National looking beyond ACT for potential allies.
Mr Craig told Radio New Zealand's Morning Report on Tuesday he expects the party to lift its current 2 percent support, and suspects National believes the same thing. He said his party's support would only become clear closer to the election.
Prime Minister John Key described the merger as an odd coupling and said it was unlikely to take votes away from National and its traditional allies.