It's not just Australia that is seeing weird weather! 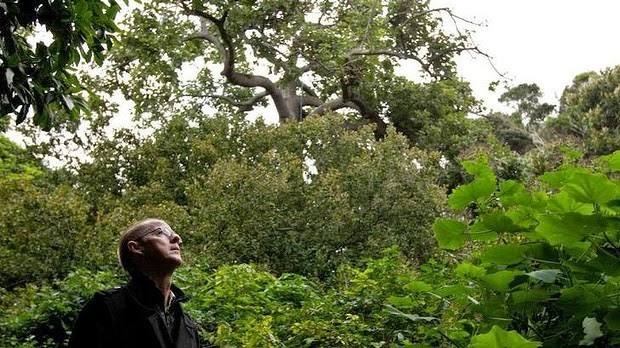 
Rather than shutting down as winter approaches, many plants are flowering out of season or extending growth much later than usual, said Brett Summerell, deputy executive director of Sydney’s Royal Botanic Gardens.

At the gardens, vegetables such as tomatoes, crops such as corn, and even the humble glass blade continue to flourish, diverting staff to mowing and other duties. 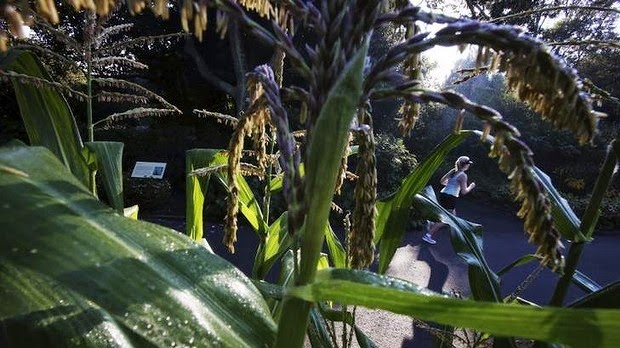 Corn is growing unusually well for this time of the year at the Royal Botanic Gardens. Photo: Nick Moir

"You expect these things to be going into a bit more dormancy than we’re seeing right now," Dr Summerell said. "They’re continuing to grow and grow quite actively."

Sydney’s past week was the warmest on record for this time of year, and the coming week may be even warmer, said Rob Sharpe, a meteorologist at Weatherzone

This May – likely to be the city’s hottest - has already had four days of at least 25 degrees, with the mercury climbing past 26 degrees on Thursday. Three more such days are forecast for the coming week

Thursday's peak 27.1 degrees was Sydney's second hottest for this late in the season, shy of the 28 degrees reached on May 25, 1994, Weatherzone's Mr Sharpe said. Adelaide and Hobart posted late-season record warmth last week.

That unseasonal warmth is the result of blocking high-pressure systems in the Tasman pushing cold fronts far to the south of most of south-east Australia.

The irregular heat is also affecting some fruit growers, such as Allan Dixon’s Clyde River Berry Farm near Ulladulla, four hours’ drive south of Sydney.
Some varieties of the farm’s blueberries are in flower and producing fruit, well beyond the normal season that runs from mid-November to mid-February at the latest.

"It’s not as it normally should be," Mr Dixon said.

The fruit, though, is likely to be less sweet than during summer and will mostly be used for jam.The growth spurt is also throwing pruning plans out of whack.
"With so much energy going in, you get a lot of sap," Mr Dixon said. "We don’t know how late we can leave it to do the pruning."

The extra growth "comes at a cost because there’s a limited amount of energy they can expend", he said.

Conditions have warmed since the farm opened in 1982, prompting Mr Dixon to introduce varieties more suited to hotter temperatures.

While warm, conditions have also been dry across much of south-eastern Australia in May, with little sign of relieving rains.

Temperatures, though, should start to ease back by the middle of next week, with the last few days closer to the May average of 19.4 degrees for Sydney.

"We do have some slightly cooler weather coming later in [next] week but it’s not going to be substantially cooler," Weatherzone’s Mr Sharpe said.

During the coming week, Sydney's average maximum should come in at about 25 degrees. Before this month, the previous record week of warmth was in 1957 when the city averaged 26-degree tops for the seven days to May 14th of that year, said Brett Dutschke, senior meteorologist at Weatherzone.