A bit of nonsense from Radio New Zealand and NIWA that proves nothing much – it doesn't take more than a bit of commonsense to know that Arctic (and Antarctic) ice will break up with large storms.

In the meantime Prof Wadhams says it how it is.


Journalist Dahr Jamail & Professor Peter Wadhams say the resulting release of methane will lead to massive climate disruption, and that we have reached a point of no return 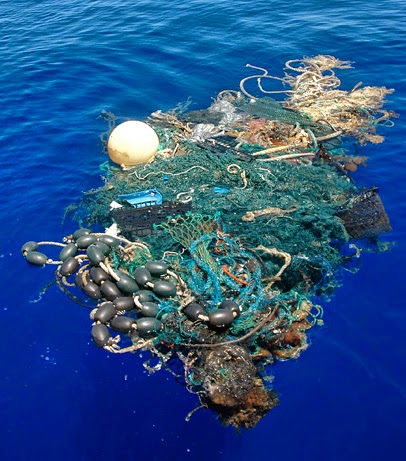 As the Arctic ice melt accelerates due to climate change it could release more than 1 trillion pieces of plastic into the ocean over the next decade, possibly posing a major threat to marine life, a new scientific report said.

The report, titled “Global Warming Releases Microplastic Legacy Frozen in Arctic Sea Ice,” said ice in some remote locations contains at least twice as much plastic as previously reported areas of surface water such as the Great Pacific Garbage Patch – an area of plastic waste estimated to be bigger than the state of Texas.
Researchers behind the report, published last week in the scientific journal Earth’s Future, said they found the unusual concentrations of plastics by chance while studying sediments trapped in ice cores. The researchers are based at Dartmouth College in New Hampshire.
Many scientists and activists have raised alarms over the massive amount of plastic waste building up in the world’s oceans. In the film “Midway,” documentary maker Chris Jordan showed how tens of thousands of baby albatrosses are dying – their bodies filled with plastic most likely from the Garbage Patch – on the Pacific atoll of Midway, one of the most remote islands on the planet.
Increasing ice melt due to climate change will likely release the even-higher concentrations of plastic trapped in Arctic ice into the sea, and thus into the food chain, the new report in Earth’s Future said.
“The environmental consequences of microplastic fragments are not fully understood, but they are clearly ingested by a wide range of marine organisms including commercially important species,” the report said.
The term “microplastics” refers to tiny particles created as plastic materials that break down but never biodegrade. They are being increasingly found on surface waters and shorelines around the world.
Plastic materials are introduced to the ocean by various means, including from cosmetic ingredients known as microbeads, from the release of semi-synthetic fibers such as rayon from washing machines, and from larger discarded plastic items. The plastics reach the sea via sewers, rivers, and littering along coastlines or at sea.
Researchers said in the new report that Arctic ice contains such high concentrations of plastics because of the way sea ice forms. It concentrates particulates from the surrounding waters, and the particulates become trapped until the ice melts. Scientists said in the report that they found 38-234 plastic particles per cubic meter of ice in some parts of the Artic areas they studied.
In the next decade the scientists predict that at least 2,000 trillion cubic meters of Arctic ice will melt. If that ice contains the lowest concentrations of microplastics reported in the study, this could result in the release of more than 1 trillion pieces of plastic, the report said.
Researchers worry that a wide range of organisms could ingest the microplastics, leading to physical injury and poisoning.
Plastic products often contain potentially harmful additives to make them last longer, the report said. Other studies have shown that small fragments of plastic can act a bit like magnets, attracting pollutants from the environment and making them even more toxic.
Other recent scientific studies have shown that tiny plastic “microbeads,” added to many body cleansers and toothpastes, have been found in major lakes and other waterways used for drinking water. The studies said the plastic balls absorb toxic chemicals released into the environment, and are then eaten by fish and thus introduced into the food chain.
Mass production of plastic began in the 1940s, and by 2009 at least 230 million tons of plastic were produced each year – equivalent to the weight of a double-decker bus every two seconds.


The modication to the headline is mine

Posted by seemorerocks at 15:29