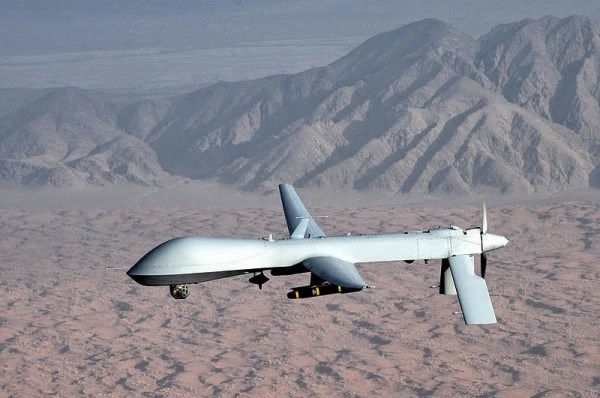 Jeremy Scahill says his claims are based on the Edward Snowden files, to which he has had access.

"The fact is that New Zealand, through signal intercepts, is directly involved with what is effectively an American assassination programme," Mr Scahill told TV3's The Nation this morning.

The US calls drone strikes 'targeted killings', while opponents call them unlawful assassinations in which civilians are collateral damage.

Mr Scahill investigates drone killings in countries like Yemen and made the Oscar-nominated film Dirty Wars.

Last month it was revealed Kiwi al Qaeda suspect Daryl Jones, who had a dual Australian New Zealand citizenship, was killed by a drone strike in Yemen in November.

"It would be very difficult to believe that it, the New Zealand Government – if it had information about one of its citizens that the United States was tracking – that it wouldn't share that information with the US Government," says Mr Scahill.

A new book released this week by journalist Glen Greenwald contains transcripts from NSA documents – leaked by former NSA employee Edward Snowden – which show the GCSB was taught how to use extremely controversial spying tools, like X-Key score, which mines personal data through the internet.

"I think these are very serious issues," says Labour leader David Cunliffe. "It's been quite sobering reading."

Mr Scahill is in New Zealand for the Auckland Writer's Festival. He is currently working with Mr Greenwald and has seen unpublished documents implicating our spies in the drone programme.

"I have seen dozens of top secret documents that the New Zealand Government has been provided by the United States, because of the Five Eyes status of New Zealand, that indicate that New Zealand is extremely aware of the extent to which the United States is engaged in drone strikes," says Mr Scahill.

Mr Scahill says Reprive – a social justice organisation that takes legal action after drone killings – is currently in Yemen investigating the death of Daryl Jones and the Australian man killed alongside him.

The Prime Minister's Office did not comment today, citing its usual position that it does not comment on security matters.

However, the questions about drone strikes, and the threat of further leaks from Snowden, will not go away.