Children become targets too in Ukraine

Kiev’s troops renewed the shelling of Slavyansk on Friday morning, residents told RT. A local children's hospital and a clinic came under fire. There are no reports of injuries.

“This morning they hit the children’s policlinic in the center of the city and the reception ward of the children’s hospital. It was at 5 am,” Vladimir, a Slavyansk resident, told RT. There were some children staying in the hospital at the time of the attack. They were all taken to the building’s basement for cover after the shelling started, said Olga, a nurse working there.

“I’ve worked here for 30 years, and I never thought I would have to come to a ruin to do my job. That’s our government and our ‘valorous’ Ukrainian troops for you,” she said.
Kiev said it did not use artillery on Friday and claimed that it was the militia, who trained their own guns on the hospital to put the blame on the Ukrainian military.
Troops loyal to Kiev intensified the military crackdown on the militias of the self-proclaimed Donetsk People’s Republic in mid-April. They are using artillery, aviation and armor in a bid to take control of the restive region.

The military operation in eastern Ukraine will continue until the region“can live and function normally and the people are calm,” acting Defense Minister Mikhail Koval stated on Friday.

Slavyansk has been in the focus of the confrontation, which has claimed dozens of lives, both among the belligerents and local civilians 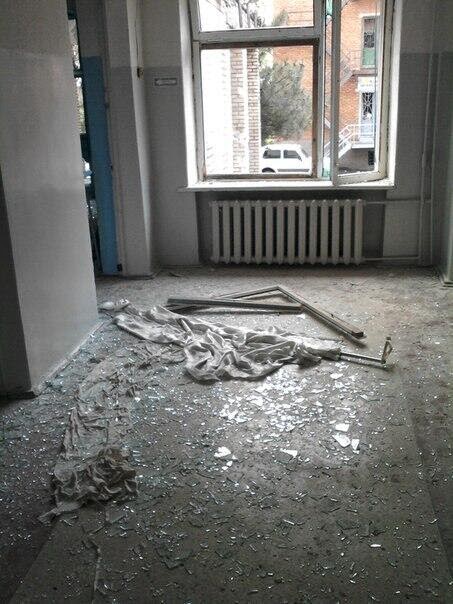 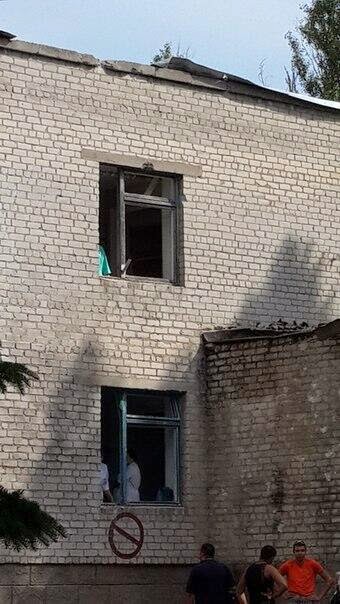 Детская больница после утреннего обстрела. 30.05.2014 #Славянск
The militias are holding off the attacks through a combination of guerrilla tactics and weapons seized from the Ukrainian troops. They scored a major success on Thursday, when they shot down a helicopter carrying one of Kiev’s generals.

Some people in Slavyansk believe that Kiev’s troops will now retaliate for the general’s death and devastate the city. 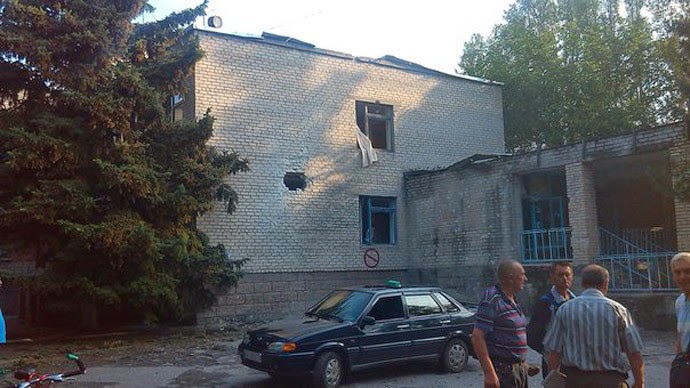 Seven children were hurt as the Ukrainian military shelled the city of Slavyansk, a stronghold of the protesters, in the country’s South East on Friday night, Pavel Astakhov, Russia’s ombudsman for children’s rights, said.

“According to the public health department of the Donetsk regional administration, seven children were injured by bullets and shrapnel during the bombardment by the Ukrainian army,” Astakhov wrote on Twitter.

Self-defense forces in Slavyansk say the Ukrainian military shelled the town’s residential area during the night, with one of the shells hitting a children’s hospital.