I have been in the habit of collecting news stories that tend to support what I have come to describe as the collapse of human and industrial society.

I have often been asked why I do it, and doesn’t it make me depressed to be dwelling in so much negativity? My answer has always been that I couldn’t live with myself (that’s a nonsensical statement if ever there was one!) if I didn’t confront this head on.

What has made it easier is to treat it all a bit like the martial arts - to accept the information and then reflect it back out (in a more concentrated form) into the universe.

When I started this blog about 2 years ago it was all about collecting stories about Peak Oil and the collapsing economy, and encouraging people develop strategies for themselves, their families, and, first and foremost, their communities, to make them become more resilient and to transition to a post-carbon economy.

Two years later the world economy is still dragging itself along, still on the point of collapse, but things have become incomparably worse. The stories have become shriller and more frequent - yelling out that this cannot continue; something’s got to give.

In the last weeks (since the onset of the northern summer) we have seen events whereby we seem to be watching the break-up of the Arctic ice in real time, and a series of truly horrifying extreme weather events around the globe simultaneously

Now, it seems to me, the narrative has to be changed from building sustainable communities to acknowledging that humanity is on a suicidal mission and the greatest likelihood is that we (along with the rest of life) are heading for near-term extinction.

So much so that it now has an acronym of its own - NTE.

I woke up this morning after listening to Guy McPherson’s interview with Doomstead Diner for the second time, with a strong need to make a tactical retreat and to process for myself what this really means.

There are various ways that we can process this.

One is to totally ignore reality and take refuge in the lies and distractions of mainstream, corporate media. Along with usually comes an unconscious anger at having one’s comfortable view of life challenged by the likes of you or I.

It is highly likely that as things get worse this anger will take on more violent forms.

These are the people that become the foot soldiers of fascism, who will invariably blame the victims and look for the reasons for their predicament anywhere other than where they should.

I genuinely fear the strength and violence of this reaction.

There are others who will take refuge in a liberal view that also paints a largely false picture.

The huge chasm between the cloying rhetoric of Obama and the reality of his administration stands out as well as the nonsense of the liberal media that takes the rhetoric for fact and ignores the reality.

When it comes to climate change the majority of those who recognise its reality will follow the ‘official line’ which paints a ‘frightening’, but false picture of linear change.

"The oceans will rise and the world will get hotter - but not in our lifetime".

Mainstream media, science and the IPCC

I have become somewhat used to the distortions of the media.

In this country (NZ) there seems to be a complete taboo agaInst dealing with the realities of climate change other than in brief items that see things in isolation from the global context and the reality on the ground.

But it turns out, they haven't.

The actual observations of scientists working in the Arctic (and the Antarctic) has long overtaken the computer projections of mainstream science. David Wasdell of the Apollo-Gaia Programme in the UK, in his excellent presentation on Arctic feedback mechanisms, makes it clear how wide the gulf between reality and the computer models of the IPCC.

I have always been aware of the inherent conservativeness of scientists and their tendency to become locked in their own specialities (and thus avoid the 'Bigger Picture').

Regarding the IPCC, it is an international body and so is subject, not only to all this but also to considerable political pressures from member states who can literally veto any conclusions they don’t like.

It is science by consensus.

Why would an elite that is suppressing the realities of economic breakdown and of Peak Oil (and resource depletion in general) be interested in having an informed public that is aware of the dangers of runaway climate change?  Why would they be interested in having people aware of ecological collapse - the extinction of 200+ species a day -  and the predicament of having 430 + nuclear installations that are past their use-by date and subject, at any time to catastrophic meltdown?

'The Pleasures of Extinction'

Another form of denial is illustrated by recent article, the Pleasures of Extinction
by John Michael Greer, who, I understand specialises in questions of Peak Oil.

His, in many ways, admirable essay points out how many times predictions of Armageddon have proved to be false and discusses the important role fundamentalism has played in the history of the United States.

However, without addressing the sound scientific base behind the conclusions, he attacks Guy McPherson without naming him, and refers to near-term extinction as 'the latest apocalyptic fad'.

“Fantasies of imminent human extinction are one comforting if futile response to this ugly predicament. If you want a justification for living as though there’s no tomorrow, insisting that in fact, there’s no tomorrow is certainly one option”

As if the conclusions of McPherson and others was just one more example of an apocalyptic cult, instead of being based on sound science.

I did not come across a single scientific or factual argument in his article to counter Guy McPherson's argument.

In a subsequent article he talks about a thermostat mechanism and 'negative feedbacks' without, I suspect, understanding (at least in the context of climate science), what this means. 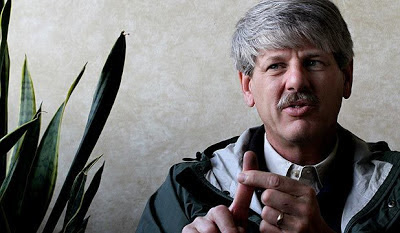 When we contemplate increases in global temperature of 1, 2...4C, it is easy to think there is nothing special in that. After all the human species can withstand wide variations in temperature, and I experience much greater variations when I step outside.

The answer is not in the temperature per se, but in habitat.

We are already seeing loss of human habitat from processes such as desertification and from ecological disasters such as the Deepwater Horizon catastrophe in the Gulf of Mexico; from Fukushima. We are seeing acidification of the world's oceans and increases in dead (anoxic) zones.

Increases in temperatures that we are already seeing, and future increases from concentrations of 400+ ppm of CO2 in the atmosphere (actually much more, thanks to releases of methane from the permafrost and methane clathrates in the Arctic and Antarctic), mean that we will see huge changes in the range of temperatures. 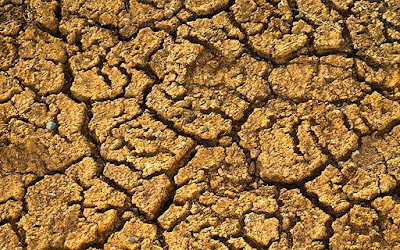 Already we are seeing that in recent climatic events such as the heatwave in Alaska and Siberia, where temperatures went from freezing to 90F in the space of 50 hours.

What happens to humans and their habitat in these conditions, especially with energy collapse when we won't simply be able to turn on the air conditioning any more?

We will then have to live with the 'new abnormal'

Prolonged exposure to temperatures more than 95F and we lose our ability to thermoregulate. In the words of Guy McPherson 'in the short term we're dead'.

When the temperatures go from freezing to 100F in the space of 2 days how is our permaculture garden going to survive. At a certain temperature protein starts to denature.

No sane person would wish for the extinction of life on this planet, (still less make afad of it), but no intellectual argument is going to make the problem go away any more than collectively burying our heads in the sand. 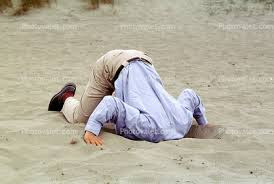 The first thing we need to do is to accept the evidence.

If you are going to argue please do it on the basis of facts and evidence.

Tell the climate scientists they are wrong; tell the polar ice scientists that their measurements are wrong and the volume of Arctic sea ice has not decreased by 80 per cent.

And please bring some evidence along with you to refute the facts.

Once we have accepted the evidence we have to work out how we are going to respond - another stage of round through Kübler-Ross' five stages of grief?

It's not just accepting near-term extinction.

It's a probability, not a fact.

Perhaps we need to learn how to live with uncertainty.

That for me, at least, is harder.

A common argument against dealing with the facts is to say that people are incapable of doing so, so we should only give them such facts as they can deal with. And always leave room for Hope.

To me that equates roughly with lying.

And to the perennial objection that the only possible reactions are to fall into the most abject depression or to become a hedonist and party our way to oblivion.

To the latter, Guy McPherson had the perfect response.

Given the way that most of us in the developed world lead our lives it is impossible to distinguish how living as a hedonist could be distinguished from the way we are already living our lives.

And regarding depression, does that have to be terminal? Can't we move from denial to anger, to depression through to acceptance?

What about looking reality directly in the eye - without blinking.

For me that is the only way of living my life.


PS - I put the following question to Guy McPherson

Q: All the media talks about is sea level rise and do not talk about changes to the human habitat. You don't talk much about sea level. Is this because the sea level changes could be slower than other changes that will finish us off, like extreme heat, acidification and general inability to produce food?
Or is it just one more factor?

A: Sea level lags well behind the changes in habitat that will kill most of us. The exceptions are small islands.
Posted by seemorerocks at 17:07