Just to further inspire confidence in the nuclear industry - LOL 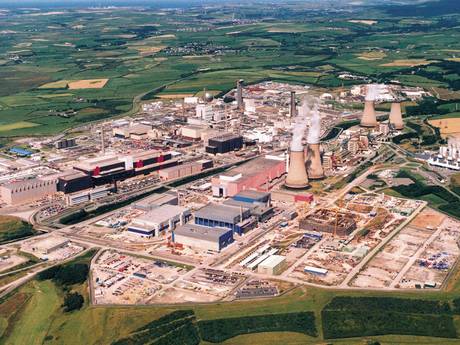 The offences by officers with the Civil Nuclear Constabulary (CNC), released under the Freedom of Information Act, have raised concerns about the safety of the UK’s nuclear plants and radioactive material.

The CNC recently stepped up the number of officers guarding the Sellafield plant in Cumbria. The 1,000 officers in its workforce also protect highly radioactive material as it travels across the country. In one case, a police constable allegedly tested positive for cannabis at work. The matter was deemed so sensitive that the CNC refused to disclose the location or year the offence occurred, in case the identity of the officer could be traced.

Even after an internal review of the case, the date the officer resigned was deemed to constitute “personal data”, so it could not be released under the Freedom of Information Act.

The CNC would only report the officer “was immediately suspended pending gross misconduct investigation and resigned from the CNC prior to facing misconduct proceedings”.

In another case, one officer “made veiled attempts to induce an officer from another police force to cancel a fixed penalty notice for speeding”. That officer, who had a written warning, is still with the CNC. A licenced firearm officer was also found to have “lied regarding circumstances of accidental discharge of firearm on police premises”. The offence was deemed so severe the officer was dismissed.

Two other firearms officers have also been disciplined after they “attended a training course smelling of alcohol”. They remain with the force. One officer also received a final written warning for “unwanted and inappropriate advances towards an officer of the opposite sex”, while another was warned about using sexist language.

The CNC says on its website it is “proud to be a part of the security structure which defends the nation”.It is run by Michael Griffiths CBE, a retired Army Brigadier, who saw active service in the Falklands, Northern Ireland, Cyprus, Bosnia and Afghanistan.

However, such is the array of serious misdemeanours by the CNC officers– who are funded directly by the energy companies – that it raises grave concerns about the safety of the UK’S nuclear power plants. Paul Flynn MP said: “The UK sent 441 of our soldiers to die in Afghanistan to protect us from alleged terrorist threats to the UK, Nuclear installation are the prime nightmare targets that could create mass devastation. This evidence suggests sacrifices abroad but woefully weak protection standards at home.”

Robin Oakley, Campaigns Director for Greenpeace UK, said: “This deeply worrying catalogue of misdemeanours is a reminder that nuclear reactors will always be vulnerable to human mistakes and irresponsibility. If the people supposed to protect us from probably the highest level of nuclear risk don’t take safety seriously, what confidence can we have in the rest of the nuclear industry’s operations?”

Off duty offences ranged from being drunk and disorderly in a public place to minor public order offences and common assault. The incidents listed also included those which occurred on duty, as well as on and off site. Those on site were dealt with by the CNC, who either dismissed the officers for serious offences or gave warnings. Off-site offences led to police cautions. The CNC was unavailable for comment.

Posted by seemorerocks at 20:26