UK puts all its eggs in the security basket

A state that has no money to protect its own citizens from starvation, or to maintain basic infrastructure – but puts its resources into the military and security – is one that is close to economic, political and social collapse. 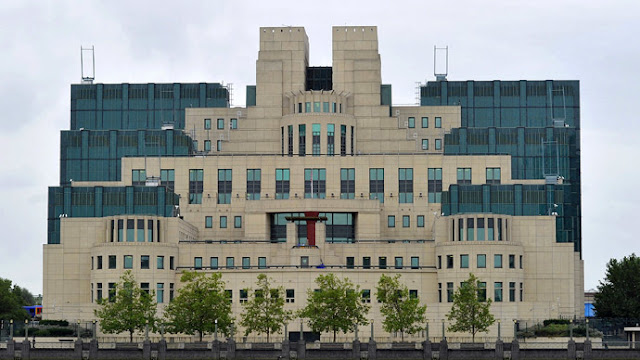 British Chancellor of the Exchequer George Osborne will present a review of public spending for 2015-16 on Wednesday with a view to cutting the deficit. While, funding for most government bodies will be slashed, MI6, MI5 and the Government Communications Headquarters (GCHQ) will receive a bonus of up to $154 million.

The increase of 3.4 percent in overall funding for intelligence organizations, which already have a budget of $2.9 billion, will make them top of the UK government’s spending agenda, overtaking the health service, education and military.

The institutions that will suffer most at the hands of the $17 billion austerity cuts include the Business department, the Culture department, the Home Office and the Justice department. The Ministry of Defence, meanwhile, faces cuts of around $1.5 billion, with the reassurance that this will not stipulate a decrease in front-line troop numbers.

Recently, UK intelligence has come into the firing line after it was discovered the GCHQ has access to a massive global network of communications, storing calls, Facebook posts and internet histories. GCHQ also shares this data with the NSA.

The extent of the spy program is such that whistleblower Edward Snowden, who originally leaked the information to the Guardian, called it “worse than the US.” Rights groups were up in arms about the sheer scope of the network able to monitor 600 million ‘telephone events’ a day.

“This appears to be dangerously close to, if not exactly, the centralized database of all our internet communications, including some content, that successive Governments have ruled out and parliament has never legislated for,” said Nick Pickles of UK privacy campaign group Big Brother Watch.

GCHQ, for its part, has defended its sweeping eavesdropping network, saying it had always been “scrupulous” in complying with the law.

‘Nothing but pride’ for US-UK intelligence-sharing

In answer to the public uproar to the sweeping surveillance programs, UK Foreign Minister, William Hague spoke out in support of the spy network and data sharing with the US. He said that both the US and the UK had acted in compliance with the law and used information only “to protect citizens’ freedoms.”

"We should have nothing but pride in the unique and indispensable intelligence-sharing relationship between Britain and the United States," Hague said in his speech at the Ronald Reagan Library on Tuesday afternoon. He went on to call the US-UK alliance a “bastion of freedom.”

Moreover, he stressed that such surveillance was “indispensable” to combat the growing threat of terrorism.

Following the brutal murder of 25-year-old soldier Drummer Lee Rigby by Islamist extremist in Woolwich in May, UK intelligence has come under increased scrutiny. There were suggestions that MI5 and MI6 could have done more to prevent the death of Rigby after it was found that one of the alleged killers, Michael Adebolajo, had already been flagged by UK intelligence as a potential threat.

'UK beefs up security as if preparing for civil unrest'

UK's government has announced budget cuts affecting welfare claimants, teachers, nurses and policemen. But one show of generosity was an increase in funding for the intelligence services. RT contributor Afshin Rattansi gives his analysis on this.