Save the Denniston Plateau

This is old news, but also news that the government and most of the media would prefer NZ'rs didn't know about. Word is that it was embargoed by the government.

The John Key regime wants to mine the area and the Forest and Bird Society is campaigning to save it. 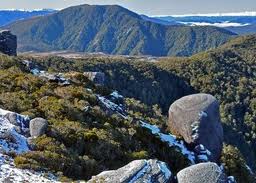 Forest & Bird Top of the South Field Officer Debs Martin is delighted that the High Court has ruled in favour of the conservation organisation by finding errors of law in the Environment Court’s interim decision released in March.

A key component of Forest & Bird’s Environment Court appeal concerns the inability of mining company Bathurst Resources to adequately address the environmental damages caused by the 188ha open-cast mine and surrounding operations through predator control near the mine site and 100km north in the Heaphy catchment. Today’s decision strengthens Forest & Bird’s argument by clearly delineating between mitigation and offsetting. This distinction is important because activities that are “mitigation” get special consideration.

“It’s a really significant point for us, both for this case and also future cases involving offsets,” Debs Martin says. “In this case, we argued that mitigation must directly reduce the impact of the mining activity. The offset proposals could not be mitigation as they weren’t related to the mining activities and would occur in areas away from the proposed mine.

This ruling will also have significant implications for similar cases in the future, by clarifying what mitigation is, and provide greater certainty around what is required to protect special places like Denniston.

“We’re encouraged by the High Court’s ruling. Winning the point about offsets and mitigation was critical to our case and we now look forward to returning to the Environment Court next week,” Debs Martin says.

The High Court judge also reiterated that the Environment Court has not yet made a decision whether or not to grant the application to mine on the Denniston Plateau.

HERE is some background on the heritage Denniston Plateau of the South Island, NZ that the government wants to mine

Posted by seemorerocks at 20:05