Energy: Britain before the fall 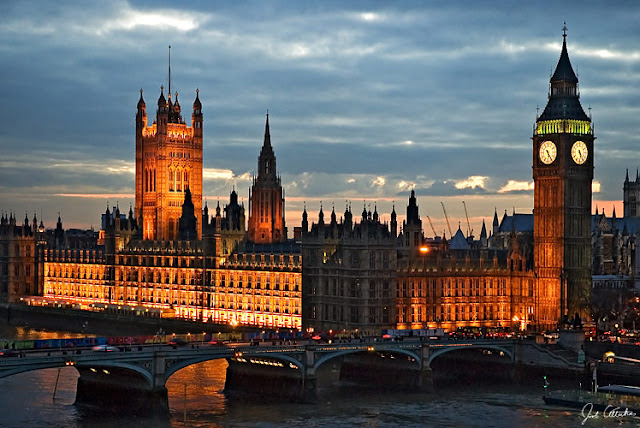 The country's spare electricity supply margin could fall as low as 2 percent in 2015/16, down from around 14 percent currently.

"Electricity supplies are set to tighten faster than previously expected in the middle of this decade," Ofgem said in a report, adding that the chance of supply disruptions would rise to one in 12 years in 2015/16 from one in 47 years now.

Britain has seen a vast number of power plants close and being mothballed due to emissions-reduction policies and the loss-making economics of gas-fired power plants.

Ofgem said it had lowered its estimate of the amount of conventional power capacity expected for 2015/16 by more than 2,000 megawatts due plant closures and delays in building new ones.

While it played down the actual likelihood of blackouts, saying the market managed the problem effectively, the regulator said its findings showed that urgent action is needed.

Britain's network operator National Grid and the government on Thursday outlined proposals to better manage electricity demand to balance the market at times of tight supply.

They include payments to energy users for reducing their demand when necessary.

At the same time, the government on Thursday published details of its proposed capacity market, a mechanism that will pay certain power plants to be on standby to produce additional electricity when supply is tight.

The government next year will hold the first auction for power plants to participate in the capacity market for delivery of electricity in 2018/19.

The costs of the capacity agreements will be borne by energy users, but the government said that lower wholesale prices and protection against costly blackouts will offset the payments.

RWE npower, one of Britain's biggest power producers, said it was concerned the capacity mechanism favoured certain power plants, such as gas-fired ones that can respond at short notice.

"Government's proposal for a capacity mechanism must pass the simple test of whether it keeps the lights on at the lowest cost to consumers," RWE npower chief executive Paul Massara said in a statement.

"A mechanism that treats all power plants in the same way will do that, but the current proposals do not suggest this non-discriminatory approach."

The UK is putting billions into fighting wars and spying on its ctizens while its citizens go hungry. Now they are about to invest in a dying industry. 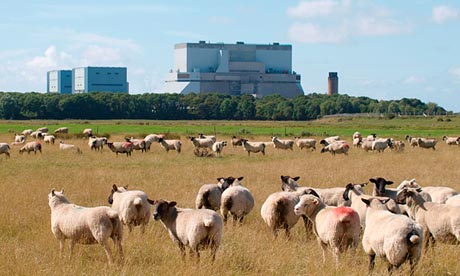 The government has responded to warnings that Britain is on the brink of power blackouts by announcing £10bn in financial guarantees to the nuclear power industry – a concession aimed at paving the way for the building of the first new reactor in the country for a generation.

The support for French generator EDF, which is in negotiations to build the Hinkley Point nuclear power station, was announced by the Treasury chief secretary, Danny Alexander, as the centrepiece of a £100bn package of infrastructure investment covering 2015-20, including new roads, schools and affordable homes.

Michael Fallon, the energy minister, insisted the substantial guarantees represented a commercial loan, not a subsidy, saying: "This is big-scale financing, not available in the markets." He added that similar government guarantees had been offered to Drax power station to convert from coal to biomass.

EDF had already prepared the site next to the two existing stations, but would not commit to the project unless the government guaranteed a minimum price for the electricity the new reactor would produce.

The news came as Ofgem, the energy regulator, said the statistical probability of major power shortages in the UK would increase to about once in 12 years in 2015, from once in 47 years now, as a result of closing power plants. About a fifth of Britain's power generation capacity is scheduled to close in the next decade, including all but one nuclear plant.

Ministers are also proposing to hand National Grid new powers to switch on mothballed plants to meet spikes in demand, and to pay factories to switch off during peak evening hours, as energy announcements dominate government investment planning.

The energy secretary, Ed Davey, said: "Ofgem and National Grid will consult on possible steps they could take to ensure that mothballed power plants or demand response is available if needed in the middle of the decade."

National Grid said one of the proposed solutions involved "seeking large consumers to reduce (or shift) electricity use during times of high demand (between 4pm and 8pm on weekday evenings in the winter) in return for a payment". Another planned way of boosting supply would be to "contract with generators that would otherwise be closed or mothballed".

He claimed they represented "the most comprehensive, ambitious and long-lasting capital investment plans this country has ever known. We are putting long-term priorities before short-term political pressures."

Labour dismissed the capital spending package as "hilarious hyperbole", pointing out that there was no increase in capital spending since previous announcements, and no guarantee that the promises would be transformed into reality.

The shadow Treasury minister Chris Leslie said: "Of the 576 projects in the government's existing infrastructure pipeline, just seven have been completed and 80% of them have not even started. All the while, the construction sector has lost 84,000 jobs since this government came to power."

Alexander countered that investment as a share of GDP will be higher during the current decade than it was during the 13 years for which Labour was in office. Road projects unveiled include improvements to the M6 junctions between Birmingham and Manchester and the M5 junctions between Bromsgrove and Worcester in the West Midlands.

The IFS also accused George Osborne of failing in his public duty to explain many of the spending cuts in his comprehensive spending review statement on Wednesday, saying the documents that accompanied the 2015-16 review were "woeful".

Decisions to switch budgets between departments made comparisons with previous years impossible, it said, citing the switch of the £3bn police grant from local government to the Home Office as an example. "This is something that matters. Publishing such a small amount of information with so little explanation is not an exercise in open government," said Johnson.

IFS analyst Gemma Tetlow added that her attempt to deconstruct the figures showed the spending review was closer to the "art of obfuscation" than an explanation of the government's plans.

Johnson said he was also concerned that the government was sleepwalking into decisions about tax and spending without allowing a debate about Whitehall's long-term goals. The incentive for councils to freeze council tax for the next two years would cheer council tax payers, but make it harder to increase the £27bn a year tax or reform it in the future, he added.