Blame Canada: Greedy for oil money, the country is turning into a rogue petrostate 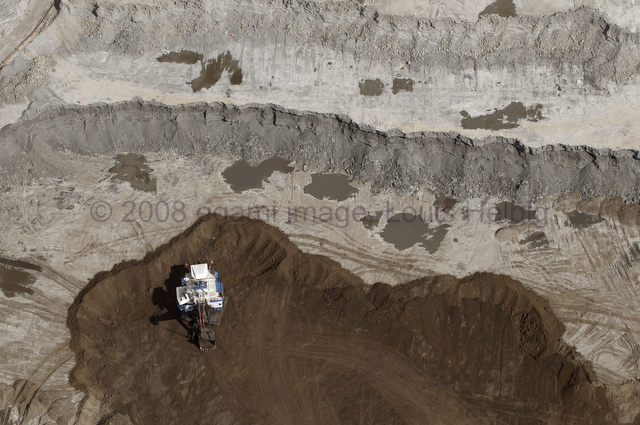 When I recently interviewed Canadian artist Franke James, whose outspoken appeals to her government for climate action landed her on Ottawa’s shit list, I was taken aback to hear her casually refer to her country as a “petrostate.” I knew Canada’s been spending gobs of federal money to promote its tar-sands agenda, but I didn’t realize our mild-mannered northern neighbor was approaching the ranks of Saudi Arabia and Nigeria in its single-minded embrace of oil as the nation’s lifeblood.

An unforgiving article in the latest Foreign Policy magazine lays out how conservative Canadian Prime Minister Stephen Harper has been aggressively pursuing development of the Alberta oil sands and remaking the country in the political image of the George W. Bush-era United States:

Over the last decade, as oil prices increased fivefold, oil companies invested approximately $160 billion to develop bitumen in Alberta, and it has finally turned profitable. Canada is now cranking out 1.7 million barrels a day of the stuff, and scheduled production stands to fill provincial and federal government coffers with about $120 billion in rent and royalties by 2020. More than 40 percent of that haul goes directly to the federal government largely in the form of corporate taxes. And the government wants even more; it’s pushing for production to hit 5 million barrels a day by 2030. …


Unsurprisingly, Ottawa has become a master at the cynical art of greenwashing. When Harper’s ministers aren’t attacking former NASA scientist and climate change canary James Hansen in the pages of the New York Times or lobbying against Europe’s Fuel Quality Directive (which regards bitumen as much dirtier than conventional oil), his government has spent $100 million since 2009 onads to convince Canadians that exporting this oil is “responsible resource development.” Meanwhile, Canada has bent over backward to entice Beijing. Three state-owned Chinese oil companies (all with dismal records of corporate transparency and environmental sensitivity) have already spent more than $20 billion purchasing rights to oil sands in Alberta.

Harper, elected in 2006, is risking his country’s political and ecological security by exploiting what Foreign Policycalls “the world’s most volatile resource.” Mining operations in Alberta have already generated 6 billion barrels of toxic sludge, enough to flood Washington, D.C., and an area of forest six times the size of New York City could be excavated if approved projects proceed. Meanwhile, a secret document leaked to the Canadian Broadcasting Corporation last fall reveals a sinister foreign-policy strategy: “To succeed [in becoming an energy superpower] we will need to pursue political relationships in tandem with economic interests even where political interests or values may not align.”

For all of this to pay off, Canada is counting on a global market for its oil. Exports to the U.S., its biggest customer, have declined, and fighting over the Keystone XL pipeline doesn’t help. So, per that leaked memo, Canada is setting aside human-rights concerns in favor of trade deals with China. (Most bizarre detail in the article: “And, perhaps to warm Canadians’ hearts to the Chinese, the government recently lobbied to rent two traveling pandas at a cost of $10 million over the next 10 years.”)

This reckless pursuit of oil wealth requires a heavy dose of climate denial. The Harper government has eliminated or drastically reduced funding for the Canadian Foundation for Climate and Atmospheric Sciences, the national park system, the CBC, and the Health Council of Canada; it disbanded Environment Canada’s Adaptation to Climate Change Research Group, eliminated the position of chief science advisor, and gutted the Fisheries Act. Reporters must have questions approved before they can speak with any federal scientists. Oh, and Harper called the Kyoto Protocol a “socialist scheme” — before pulling his country out of the accord altogether.

So if Keystone XL is approved and built and ends up leaking dirty oil into the Ogallala aquifer, if the climate becomes fucked even faster thanks to all that tar-sands oil being burned, we can blame Canada.