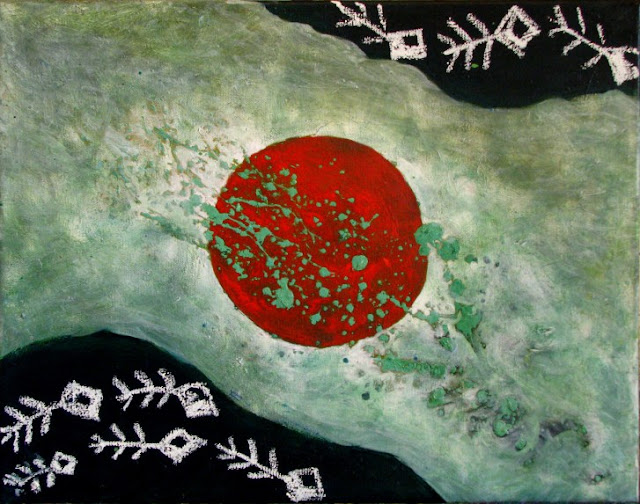 Record high levels of radioactive tritium have been observed in the harbor at Fukushima.


The density of radioactive tritium in samples of seawater from near the Fukushima No. 1 nuclear plant doubled over 10 days to hit a record 1,100 becquerels per liter, possibly indicating contaminated groundwater is seeping into the Pacific, Tokyo Electric Power Co. said.

Tepco said late Monday it was still analyzing the water for strontium-90, which would pose a greater danger than tritium to human health if absorbed via the food chain. The level of cesium did not show any significant change between the two sample dates, according to the embattled utility.

On June 19, Tepco revealed that a groundwater sample taken from a nearby monitoring well was contaminated with both tritium and strontium-90.

During a news conference Monday in Tokyo, Masayuki Ono, a Tepco executive and spokesman, this time did not deny the possibility of leakage into the sea, while he said Tepco is still trying to determine the cause of the spike.


A sample collected Friday contained around 1,100 becquerels of tritium per liter, the highest level detected in seawater since the nuclear crisis at the plant started in March 2011, the utility said Monday.

The latest announcement was made after Tepco detected high levels of radioactive tritium and strontium in groundwater from an observation well at the plant.


Indeed, the amount of radioactive strontium has skyrocketed over the last couple of months at Fukushima.


Tokyo Electric Power, the operator of the stricken nuclear power plant at Fukushima, said Wednesday that it had detectedhigh levels of radioactive strontium in groundwater at the plant, raising concerns that its storage tanks are leaking contaminated water, possibly into the ocean.

The company has struggled to store growing amounts of contaminated runoff at the plant, but had previously denied that the site’s groundwater was highly toxic….

The observation well was set up on the Pacific side of the plant’s No. 2 reactor turbine building last December to find out the reasons why radioactivity levels in seawater near the plant remained high. The company said the sampled water could be from the contaminated water that seeped into the ground.

Testing of groundwater showed the reading for strontium-90 increased from 8.6 becquerels to 1,000 becquerels per litre between Dec. 8, 2012 and May 24.

High levels of a toxic radioactive isotope have been found in groundwater at Japan’s Fukushima nuclear plant, its operator says.

Strontium-90 is formed as a by-product of nuclear fission. Tests showed that levels of strontium in groundwater at the Fukushima plant had increased 100-fold since the end of last year, Toshihiko Fukuda, a Tepco official, told media.

Other types of radioactive materials will continue to pose a hazard for decades.  As nuclear engineer Arnie Gundersen explains

The radiation exposures are going up. What you’re seeing is a lot of this stuff is getting revolitalized. It’s in the first couple of inches of dust, and when the wind blows it moves into areas that have been previously cleaned.

This will go on for decades, as the cesium goes down in to the soil, the roots bring it back up and into the plant structures and the leaves fall on the ground and the cycle continues.

(Some portion of this radiation will hit the West Coast of North America … which may end up with even higher radioactive cesium levels than Japan.)

The bigger picture is that the Fukushima reactors are wholly uncontained … and radiation will continue to spew for decades … orcenturies.
Japan Times reports:


A U.N. nuclear watchdog team said Japan may need longer than the projected 40 years to decommission the Fukushima power plant and urged Tepco to improve stability at the facility.


The head of the International Atomic Energy Agency team, Juan Carlos Lentijo, said Monday that damage at the nuclear plant is so complex that it is impossible to predict how long the cleanup may last.


“As for the duration of the decommissioning project, this is something that you can define in your plans. But in my view, it will be nearly impossible to ensure the time for decommissioning such a complex facility in less than 30 to 40 years as it is currently established in the road map,” Lentijo said.


The government and Tokyo Electric Power Co. have predicted the cleanup would take up to 40 years. They still have to develop technology and equipment that can operate under fatally high radiation levels to locate and remove melted fuel. The reactors must be kept cool and the plant must stay safe and stable, and those efforts to ensure safety could slow the process down.

“It is expectable in such a complex site, additional incidents will occur as it happened in the nuclear plants under normal operations,” Lentijo said.

The IAEA team urged the utility to “improve the reliability of essential systems to assess the structural integrity of site facilities, and to enhance protection against external hazards” and promptly replace temporary equipment with a reliable, permanent system.


The workers have yet to gain a grasp of the locations and condition of the fuel debris. They have yet to develop extraction equipment and determine removal methods.


Uncertainty over the location of melted fuel inside the crisis-hit Fukushima No. 1 Nuclear Power Plant continues to cast a shadow over plans to remove the fuel at an early date…. Reactor Nos. 1-3 at the plant contained a total of 1,496 rods of nuclear fuel in their cores….  Each fuel rod weighs about 300 kilograms, and a high level of technical expertise would be required when undertaking a remote control operation to cut up and retrieve clumps of scattered radioactive materials weighing a combined 450 tons or thereabouts…. the cores of reactors at the Fukushima plant have holes, and the task at hand is finding which parts have been damaged.

Indeed, the technology doesn’t yet exist to contain – let alone clean up – Fukushima.


In a news conference on June 10, a representative of the Ministry of Economy, Trade and Industry’s Agency for Natural Resources and Energy said that bringing forward the plans would be dependent on developing technology, and suggested that the plans might even end up being delayed.


The Japanese government has ordered the operator of the Fukushima nuclear plant to freeze the soil around its crippled reactor buildings to stop groundwater seeping in and becoming contaminated…. According to a report compiled by a government panel on Thursday, there are no previous examples of using walls created from frozen soil to isolate groundwater being used for longer than a few years. This means the project at the Fukushima plant poses “an unprecedented challenge in the world”.

Another high-tech solution being proposed: injecting cement into the Fukushima reactors.

And then there are the spent fuel pools, which continue to be one of the main threats to Japan, the United States … and all of humanity.

Listen in as Lou, Arnie and Nat discuss problems at the Tennessee Valley Authority (TVA), which operates nuclear power plants in the southeast, including the potentially dangerous Ice Condenser Containments at Sequoya and Watts Bar. The podcast participants also discuss how a very well compensated nuclear executive was replaced after “driving three nuclear reactors into the ditch” only to resurface and be reshuffled as the Obama Administration considers privatizing TVA.

Posted by seemorerocks at 16:46