Virus may be stealthily spreading: Saudi Arabia reports 8 MERS cases that were asymptomatic 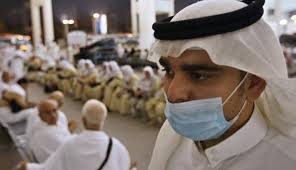 In addition, the World Health Organization (WHO) reported on Jun 22 that two Saudi MERS cases that had been announced earlier were also asymptomatic. The Saudi and WHO reports offered the clearest evidence yet of such cases, which suggest the possibility that people can unknowingly carry and spread the virus.
Also over the weekend, the WHO's Eastern Mediterranean Regional Office (EMRO) appealed for fast, complete reporting of MERS-CoV cases, in the wake of a meeting in Cairo of public health experts from all countries that have had cases.
New Saudi cases
The Saudi Ministry of Health (MOH) announced the latest cases and deaths in statements on Jun 21 and 23.
The Jun 21 announcement reported the illness in a 41-year-old woman in Riyadh and a 32-year-old Saudi citizen in the country's Eastern region. The woman is a contact of a previous case-patient and was in stable condition, while the 32-year-old had cancer and was in an intensive care unit. The statement also noted the death of a previously reported patient but gave no details.
The MOH's Jun 23 statement announced the six asymptomatic cases and one symptomatic one. Four of the silent cases were in children between the ages of 7 and 15, all of whom had contact with other cases in Riyadh and the Eastern region.
The other two symptom-free cases involved female healthcare workers (HCWs in the Eastern region and Al-Ahsa. The MOH did not specify if the two HCWs were exposed to MERS patients, but it seemed likely, since Al-Ahsa was the site of recent hospital outbreaks.
The Jun 23 statement also cited a case in a 50-year-old woman in the Eastern region who was hospitalized with "pulmonary disease" and was listed in stable condition. In addition, the statement reported the death of the 32-year-old cancer patient whose case was announced on Jun 21.
On Jun 22 the WHO weighed in by recognizing four cases that Saudi Arabia had announced 2 days earlier. These involved a 43-year-old woman in the Eastern region who had already recovered, plus three female HCWs, ages 29, 39, and 45, from Taif governorate, near Mecca.
The three HCWs had cared for two previously confirmed MERS case-patients, and their infections were detected in the course of contact tracing, the WHO said, adding, "Two of these three cases were asymptomatic and all three tested weakly positive by PCR [polymerase chain reaction]."
Only one asymptomatic MERS case has been reported previously, and only unofficially. Recently Jordanian and US health officials reported via the media that eight Jordanians had positive serologic (antibody) tests indicating past MERS-CoV infections, and one of the individuals had not had any symptoms.
They were among 124 people who were tested recently in a retrospective investigation of a hospital outbreak of MERS in Jordan in April 2012, the officials said.
The WHO issued another statement on Jun 23, which noted the two cases reported by the Saudi MOH 2 days earlier, in the 41-year-old woman and 32-year-old man, along with the death of a previous patient.
The WHO statement put the global MERS-CoV count at 70 confirmed cases with 39 deaths. The latest cases and additional death reported in Saudi Arabia appear to raise the global numbers to 77 cases and 40 deaths. Saudi Arabia's tally is 62 cases and 34 deaths.
Cairo meeting
At the Cairo meeting, which ran from Jun 20 to 22, more than 100 public health experts agreed on the need for rapid, detailed reporting of MERS-CoV cases, using consistent methods, according to a WHO EMRO press release.
"At an international level, fast and complete reporting of cases, with contact histories, clinical care and treatment outcomes in as much detail as possible, and collected in a uniform manner across countries, is necessary for the international public health community to be able to build up a picture of what works and what doesn't in combatting this virus," the statement said.
Ala Alwan, MD, EMRO director, said that using the same tools and protocols will facilitate the most effective pooling of information and resources. "This meeting has taken us an important step in that direction," he added.
Keiji Fukuda, MD, the WHO's assistant director-general for health security and the environment, called for urgent action: "At the moment we have an important window where cases have still been relatively few and human transmission is relatively limited. We need to exploit this chance to agree and implement the best public health measures possible across the board for, in so doing, we stand the best chance of controlling this virus before it spreads further."
Officials at the meeting agreed that every country should enhance surveillance for severe acute respiratory illness and "urgently investigate any cluster of pneumonia with unusual clinical presentations, or any immune-compromised patient or healthcare worker with any unusual sign of acute respiratory infection," the release said. Also, countries "should share data with the WHO and report any confirmed and probable cases of MERS-CoV within 24 hours of classification."


Countries represented at the meeting included all those that have had MERS cases and all nations in the WHO's Eastern Mediterranean Region.
Posted by seemorerocks at 14:48