GLENN GREENWALD: Snowden Has Stashed Secret NSA Files With People All Over The World 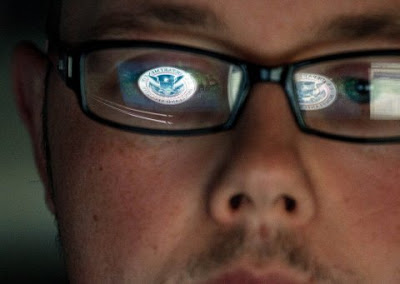 Guardian journalist Glenn Greenwald told Eli Lake of The Daily Beast.
Snowden “has taken extreme precautions to make sure many different people around the world have these archives "to [ensure] the stories will inevitably be published,” Greenwald told The Beast (emphasis added).

He added that the recipients “cannot access them yet because they are highly encrypted and they do not have the passwords. [But] if anything happens at all to Edward Snowden, he told me he has arranged for them to get access to the full archives.”

Greenwald recently told CNN that he knows Snowden "has in his possession thousands of documents, which, if published, would impose crippling damage on the United States’ surveillance capabilities and systems around the world.”

And Snowden himself said this to the South China Morning Post (emphasis ours):

"If I have time to go through this information, I would like to make it available to journalists in each country to make their own assessment, independent of my bias, as to whether or not the knowledge of US network operations against their people should be published."

A former U.S. counterintelligence officer told Lake that members of the U.S. intelligence community “think Snowden has been planning this for years and has stashed files all over the Internet. ... At this point there is very little anyone can do about this" (emphasis added).

Lake notes that the encrypted copies of NSA archives most like underlies Snowden's statement on June 17 : “All I can say right now is the U.S. government is not going to be able to cover this up by jailing or murdering me. Truth is coming, and it cannot be stopped.”

Earlier this month, Guardian journalist Glenn Greenwald told The New York Times that Snowden gave him “thousands” of documents, “dozens” of which Greenwald says are newsworthy.

The Guardian has been publishing some of those files, several of which corroborate claims made by previous whistleblowers and raise serious questions about the constitutionality of the NSA running a widespread warrantless domestic surveillance program with weak oversight