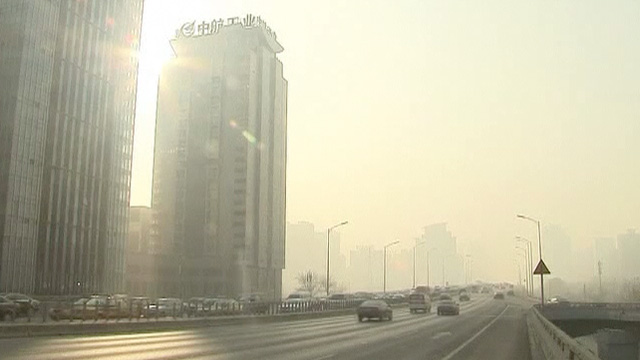 
How about if all the shit-for-brains politicians in New Zealand, who gladly bend over for China, send their kids over there to play in the domes?
Hmm? John Key? How does that grab ya?

After nearly two decades in Beijing, David Wolf knew it was time for a change when his 11-year-old son, Aaron, somberly asked him, “Dad, when you were growing up, did you ever have PE outdoors?”


Wolf had grown up in smog-choked Los Angeles in the 1970s, but even that wasn’t nearly as bad as Beijing today. His son, like many young students in the city, has been kept inside for months, with the luckier children getting the chance to exercise under huge air-filtered domes that their international schools have built.

Later this month, when school lets out, Aaron and his mother will move to Southern California for good, and Wolf begins a new way of doing his consulting work, splitting his time between Beijing and their new home at Channel Islands Harbor.

“I want them to leave before they hate this place,” Wolf, 49, said on a recent morning as he checked Beijing’s air quality on a smartphone app, something that many people here, expats and locals alike, routinely do several times a day.