Toll warns of looming job cuts
Transport and logistics group Toll Holdings has warned it will cut jobs due to the poor performance of its global freight services business. 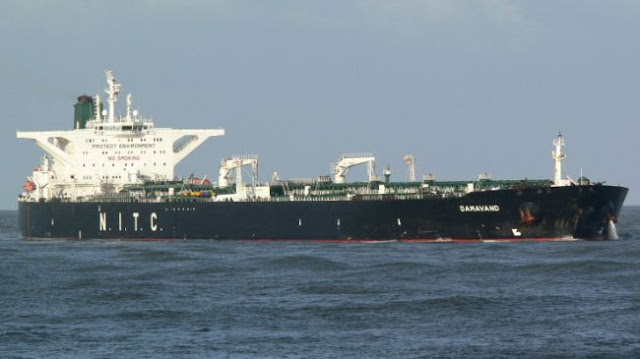 The comments came as the company announced a $200 million writedown on the value of its global forwarding business, which handles sea and air freight.

Conditions had deteriorated by more than expected in the last six months, the company said.

It is trying to slash expenses in the forwarding business, having already cut jobs - including closing a regional office in Zurich.

"People understand that with the cost reductions a lot of them will come through labour number reductions ... clearly we try to manage as much of that as we can through natural attrition, but there will probably be some redundancies," Mr Kruger said.

Toll said the business had been impacted by a mix of soft demand for its freight services in a sluggish global economy, and competition from ship owners on the US-Asia route.

Toll offers distribution between countries for customers, but some larger customers are only interested in the sea journey and therefore deal with shipping companies themselves.

The global forwarding business, one of six segments within Toll, will post a loss of between $4 million to $8 million for the second half of the financial year, and a small profit for the full year.

He said Toll wanted to say involved in global freight forwarding services, and believed it was profitable, but would avoid any acquisitions for now.

Its sales staff were now concentrating on customers that were less attractive to ship owners and require its full services.

Despite the writedown, Toll reaffirmed its forecast for second half earnings of between $420 million and $430 million.

The global forwarding business generates 15-20 per cent of Toll's revenue, with the company's other segments including logistics for mining companies, express and overnight parcel services and domestic freight.

The $200 million writedown on the global forwarding business is a non-cash impairment of goodwill, but it will push up Toll's debt to equity ratio.


Australian Mining Jobs Fall Amid Slowdown
Job cuts in Australia's mining industry are intensifying, with companies that enjoyed a decadelong boom axing thousands of workers as the value of commodities like coal and gold fall to multiyear lows. 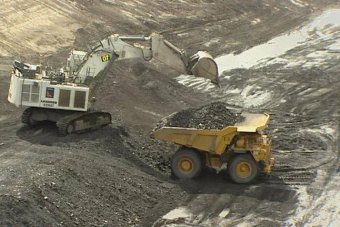 
More than 1,000 jobs have been cut this week alone in the mining sector, underscoring the challenge facing Prime Minister Kevin Rudd, who returned to power late Wednesday promising to cushion the economy from the slowing resources investment.

Australia's resources sector accounts for almost 10% of the country's job market--about double the level a decade ago- -and close to 20% of national output.

Glencore Xstrata PLC (GLEN.LN) and Peabody Energy Corp. (BTU) became the latest mining companies to lay off workers in a bid to protect margins when falling commodity prices and rising production costs make many operations unprofitable. While many of the job losses involved permanent staff, companies are also axing contractors brought in to operate machinery or run mines as they seek to keep costs under tighter control.

Once the engine of Australia's economy, helping the nation stave off a recession during the global financial crisis, the mining industry is reeling from a sharp slowdown in prices of many commodities amid cooling growth in top trading partner China. Several big companies like BHP Billiton Ltd. (BHP) have canceled or delayed projects, closed mines, and put assets up for sale as the outlook for major commodities worsened.

Glencore said Thursday it would shed about 450 workers and scale back output at its Newlands and Oaky Creek coal mines, both in Australia'sQueensland state, due to lower prices, high costs and the strong Australian dollar.

The company--which has already cut hundreds of workers and abandoned plans for a new coal shipping facility in recent months--signaled possible further layoffs as a review of its coal operations continues.

"This is a difficult decision but one that needs to be taken in the current challenging economic conditions," Glencore Xstrata said in an emailed statement.
It came only a day after Peabody said it would also cut 450 jobs from its coal mines on Australia's east coast in response to the market downturn.

"We are taking these steps to secure the long-term competitiveness of our operations," a spokeswoman for U.S.-based Peabody said.

The current problems facing Australia's mining sector partly have their roots in its earlier success. When thermal coal prices surged to a record high above $190 a metric ton in 2008, companies rushed to invest billions of dollars in new mines and lock in space at ports so they could export more raw materials to Asia.

The new supply is now weighing heavily on the market, with Australian coal having to compete for customers with cargoes rerouted from North America and Europe, where there is lackluster demand. Coal shipments into China and Japan-- the world's two biggest importers--are up 13% and 9%, respectively, in the first five months of the year, but this hasn't been enough to drain the excess supply.

Underscoring the weakness in prices, Tokyo Electric Power Co. (9501.TO) agreed an annual contract to buy Australian thermal coal from Glencore Xstrata at US$89.95 a ton, a person familiar with the matter said Thursday. That's about half the level of coal's 2008 peak.

Anglo American PLC (AAL.LN) chief executive Mark Cutifani this week estimated about 9,000 mining jobs had been lost in Australia's coal-rich Queensland and New South Wales states over the past year, and warned "those numbers look like they are about to rapidly increase."

Mr. Cutifani, in an interview Thursday, warned Australia's coal industry was now at a tipping point. Anglo American this month said it planned to suspend operations at its Aquila coal mine in Queensland state because it couldn't see prices of the fuel rebounding over the remainder of the year. Shuttering the mine could lead to the loss of up to 100 jobs.

More could be at risk, Mr. Cutifani said. "We have 500 jobs we are desperately trying to hold" at the miner's Drayton South coal project in New South Wales, which was recently delayed due to a government review, he said.
Miners of other commodities are also swinging the ax.

Barrick Gold Corp. ( ABX ), the world's largest gold producer by output, has cut 87 workers from its Australian operations this month and plans to shut a regional exploration office by the end of the year. The company, which has also announced redundancies at its head office in Toronto and across its U.S. operations, cited an increase in operating costs and falling gold prices for the cuts.

Australia's largest listed gold miner, Newcrest Mining Ltd. (NCM.AU), is trimming about 250 jobs after gold prices fell 26% since the start of the year, largely from its Lihir mine and Brisbane office, which it will close.