Ireland Slumps Back Into Recession, As Exports Fall

Despite hopes of an economic recovery, Ireland has fallen back into a recession, after its gross domestic product was found to have contracted for the third quarter in a row. The country's consumer spending fell prodigiously early this year, and exports are down, as well. 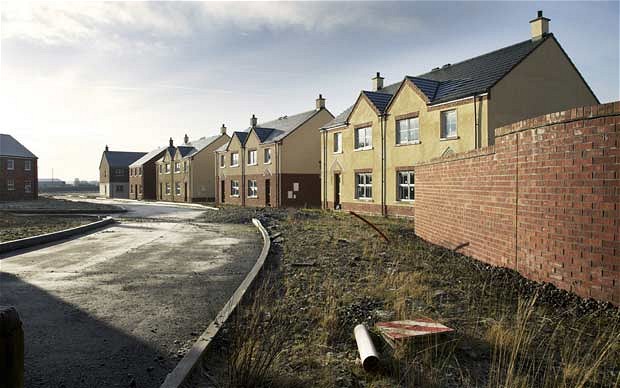 
A report issued Thursday by Ireland's Central Statistics Office found that its GDP had fallen by 0.6 percent. The same report also included newly revised figures for recent quarters. As a result, the negative GDP numbers in two or more quarters satisfies the technical definition of a recession.


Consumers in Ireland cut back spending by an estimated 3 percent in the first quarter of 2013, according to the data, and capital investment declined by 7.4 percent.


The bad news comes months before Ireland is expected to complete the bailout program led by the European Union and the International Monetary Fund, as Reuters reports. Ireland was last in a recession in 2009.


And it also comes at a time when a scandal is bubbling over about Ireland's multibillion-dollar bailout of a bank at the height of its financial crisis. Recordings of phone calls between leaders of the Anglo Irish Bank show that the senior officials joked about asking for money, the Irish Independent has reported. The bank eventually received 29 billion euros in help.


"However, these figures should not be viewed in isolation," he added, according to the Irish Times. "Significant progress has been made in putting our public finances on a sustainable path and the indication from tax receipts for the first six months of the year is that we will meet our budget targets, which were based on growth rates of 1.3 per cent."

Ireland's banking industry has also been embroiled in a scandal over the Anglo Irish Bank, which collapsed in 2011
Posted by seemorerocks at 20:15