As the media focuses almost exclusively on Edward Snowden's possible whereabouts, more details on the Obama administration's crackdown on whistleblowers have come to light. A new investigative report has revealed the administration's crackdown on leaks extends far beyond high-profile cases like Snowden or the Associated Press, to the vast majority of government agencies and departments -- even those with no connection to intelligence or national security. For nearly two years, the White House has waged a program called "Insider Threat" that forces government employees to remain on the constant lookout for their colleagues' behavior and to report their suspicions. It targets government officials who leak any information, not just classified material. All of this leads McClatchy to warn: "The [Insider Threat] program could make it easier for the government to stifle the flow of unclassified and potentially vital information to the public, while creating toxic work environments poisoned by unfounded suspicions and spurious investigations." We're joined by the reporter who helped break the story, Jonathan Landay, senior national security and intelligence reporter for McClatchy Newspapers. Landay also discusses his reporting that revealed how drone strikes carried out in Pakistan over a four-year period ran contrary to standards set forth publicly by President Obama. 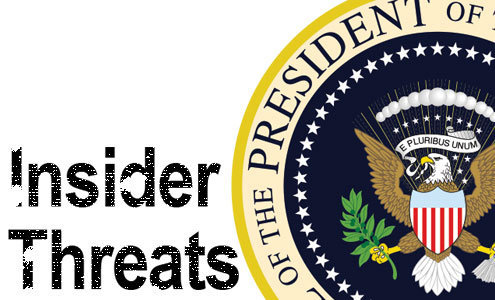 This is the original article -