Torrential rain for US Midwest

While there are warnings of an extreme heatwave in the West 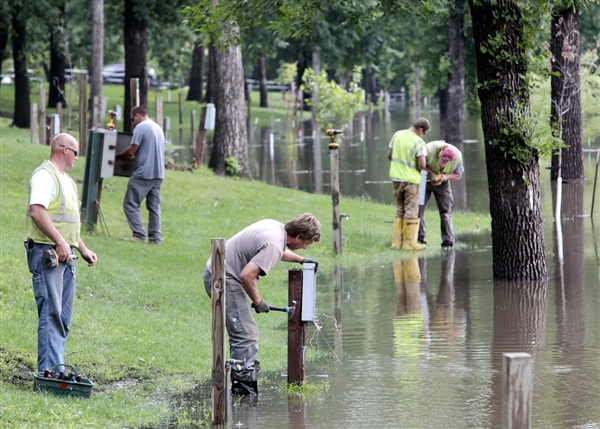 Up to 5 inches of rain fell in some places, and the National Weather Service warned residents in the region to brace for more downpours and possibly severe thunderstorms Wednesday night.

The storms, which threatened eastern Illinois, Indiana, and parts of Kentucky and Ohio, could include large hail, flash flooding and damaging winds of more than 60 mph, AccuWeather.com said.

At Chicago's O'Hare International Airport, one of the nation's busiest, 403 inbound and outbound flights had been canceled by Wednesday evening, according to the site FlightAware.com, which tracks delays and cancellations.

The heavy rain also caused hour-plus delays for other flights, according to the city's aviation department.

Metra, the Chicago area's commuter rail service, also reported delays of more than an hour on one of its lines. Part of one line north of the city was shut due to flooding.

Parts of some arterial roads were closed Wednesday morning due to flooding, according to the Illinois State Police.

In Wisconsin, Gov. Scott Walker declared a state of emergency in seven southwestern counties after touring flood-damaged areas on Wednesday.

Grandstand and grounds events were canceled on Wednesday at the Linn County Fair due to possible flooding along the Wapsipinicon.
Posted by seemorerocks at 20:38