The truth behind a 'No-Fly Zone'

Let's Be Clear: Establishing a 'No-Fly Zone' Is an Act of War
The term is a euphemism that obscures the gravity of what its advocates are suggesting -- a U.S. air attack on Syria. 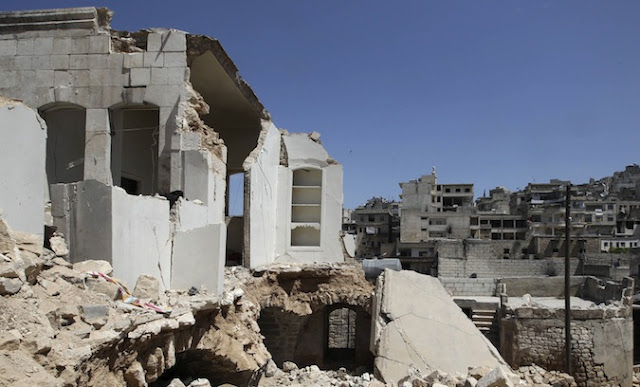 Kudos to Josh Rogin for breaking the news that "the White House has asked the Pentagon to draw up plans for a no-fly zone inside Syria." But wouldn't it be a more powerful story without the euphemism?

Relying on the term "no-fly-zone" is typical in journalism. But that is a mistake. It obscures the gravity of the news.

Here's how an alternative version of the story might look: "The White House has asked the Pentagon to draw up plans for bombing multiple targets inside Syria, constantly surveilling Syrian airspace alongside U.S. allies, and shooting down Syrian war planes and helicopters that try to fly around, perhaps for months."

The term "no-fly-zone" isn't analytically useless. It's just that folks using it as shorthand should make sure everyone reading understands that, as Daniel Larison put it right up in a headline, "Imposing a No-Fly-Zone in Syria Requires Starting a New War." That becomes clearer some paragraphs later in Rogin's article, when he discussed Senator John McCain's advocacy for a "no-fly-zone." "McCain said a realistic plan for a no-fly zone would include hundreds of planes, and would be most effective if it included destroying Syrian airplanes on runways, bombing those runways, and moving U.S. Patriot missile batteries in Turkey close to the border so they could protect airspace inside northern Syria," he wrote.

The article also quotes Robert Zarate, policy director at the hawkish Foreign Policy Initiative. His euphemisms of choice: "No doubt, the United States and its like-minded allies and partners are fully capable, without the use of ground troops, of obviating the Assad regime's degraded, fixed, and mobile air defenses and suppressing the regime's use of airpower."

Does anyone think he'd describe Syrian planes bombing a U.S. aircraft carrier as "obviating" our naval assets? The question before us is whether America should wage war in Syria by bombing its weapons, maintaining a presence in its airspace, and shooting at its pilots if they take off. On hearing the phrase "no-fly-zone," how many Americans would realize all that is involved?

I trust "start a war against Syria" would poll poorly.

That's why advocates of that course hide the consequences of what they propose behind a euphemism. If only there were a deliberative body that the Constitution charged with declaring war, so that it would be impossible to start any wars of choice without the voice of the people being heard.