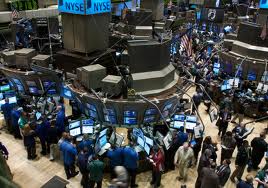 Stocks have soared since 2009 because the Fed's quantitative easing has - intentionally - pumped them up.

It's the narcissist rally.

You may want to spare a thought, and a healthy dose of worry, for what is one of the biggest, and least appreciated, reasons for the rally: buybacks.

Flush with cash and a world of opportunity at their doorstep, companies have decided there's nothing more attractive than themselves. So, they're offering big money to buy back their own stock. This year, big U.S. companies have given the go-ahead for $286 billion of buybacks, up 88 percent from the same period last year, according to Birinyi Associates, a market research firm. If the pace continues for the rest of the year, the tally will exceed the record set in 2007.

Every manner of company is caught up in the buying binge, including home-improvement chains, makers of farm equipment and jet engines, airlines, sellers of soft drinks and of hard liquor alike. Not one to miss a hot trend, Apple recently authorized as much as $50 billion of buybacks.

Investors like buybacks because they suggest companies think their stock is cheap. They also help reduce the number of shares outstanding, which automatically increases earnings per share. And higher earnings per share often, though not always, lead to rising stock prices.

But buybacks are also crucial to the rally for a reason that's not widely known. Companies are one of the few big stock purchasers nowadays. Nearly every other big player in the stock market has been selling more than they've been buying.

You can see this in the data released by the Federal Reserve each quarter, and it's a sea of red — save for corporate buying, that is, buybacks plus purchases of other companies. In total, U.S. companies, not counting banks and other financial firms, have bought more than $1 trillion of stock in the five years through 2012, net of stocks they've issued.

However much they spend, each dollar of buybacks appears to be having a greater effect on raising the prices of certain stocks. That's because fewer shares are changing hands each day. On Wall Street, it's referred to as a "drying up" of liquidity. And like in any market, a purchase or sale when fewer people are trading can push prices up and down much more.

Companies that do buy back their own stock are seeing prices soar, and almost immediately.

On Friday, Northrup Grumman jumped 4 percent after announcing it had authorized $4 billion of buybacks. The military contractor said it expects buybacks will cut its shares outstanding by 25 percent by the end of 2015.

Another big share buyer, Home Depot, rose 5.7 percent on Feb. 26 after it announced a $17 billion buyback program. The S&P 500 rose 0.6 percent that day. If the retailer spends all the authorized in its plan, it will remove 18 percent of the shares outstanding at current prices, which will make the impact of a next round of purchases even more powerful.

Stocks of companies that have authorized the 10 biggest buybacks so far this year have risen 2.2 points more than the S&P 500 in the week after their announcements....

Gregory Milano, CEO of consultancy Fortuna Advisors, has run studies showing that companies that spend the most on buying back their own stock tend to underperform because they don't spend enough on opening new factories, research or otherwise building their business for the long term.

Andrew Smithers, who runs a London-based investment consultancy, thinks buybacks have pushed stocks more than 40 percent higher than they're worth. In his book "The Great Deformation," former U.S. budget director David Stockman says Corporate America is drunk on buybacks and that they've helped push stocks up too far, too.

Forty percent of the increase in the earnings per share of S&P 500 companies in the past 12 months came fromreducing the number of shares through buybacks, estimates Barry Knapp, chief U.S. stock strategist at Barclays Capital.


Postscript:  Max Keiser points out that quantitative easing and corporate buybacks are related.

Specifically, the Fed's easy monetary policy means that big corporations can borrow cheaply ... and then use the money to buy back their own stock.

The bailouts and easy money aren't going into helping Main Street or stabilizing the economy.

Of course, most of the trading is done by high frequency computers these days.