Is MI5 foiling terror plots of


This weekend I had a short, sharp piece published in the Independent on Sunday (in print and online at Indy Voices) which argued that the banned Al Muhajiroun is still incubating terrorism on UK soil - but that the group has had a very murky connection to Britain's security services, and may still do so. Check it out here - 'Britain should prosecute terrorism suspects, not play shady games of geopolitics'.

Today, I'm elaborating on one dimension of that piece here in the wake of the stream of revelations concerning the role of MI5 in allegedly tracking/harassing the Woolwich attackers. This piece has more detail - on the evidence of Al Muhajiroun's unequivocal terror connections, and the credible evidence of its relationship to Britain's security services. It includes little known but credible choice info from an MI5 source and Bakri himself confirming the relationship: 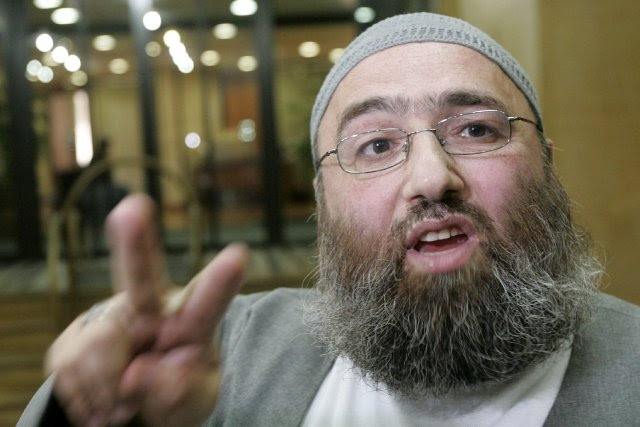 Allegations broadcast last night on BBC Newsnight, based on a letter addressed to Parliament's Intelligence and Security Committee (ISC), claim that Woolwich suspect Michael "Mujahid" Adebolajo had been tortured by Kenyan authorities "at the behest of British intelligence."

The allegations compound questions already raised about why MI5 failed to prevent the horrifying attack despite both suspects having appeared on MI5 and MI6 "intelligence watch lists"; with Adebolajo himself having "featured in several counter-terrorist investigations" for the "last eight years". Various reports suggest he had been high on MI5's priority for the last three years, and even harassed to join up as an informant six months ago.

Defending criticisms of MI5, ISC chairman Sir Malcolm Rifkind told the BBC that the security service's record in the last few years had been "hugely impressive", as proven by the litany of plots foiled and successful terrorism prosecutions.

But the central role of the banned al-Qaeda linked group formerly known as Al Muhajiroun in almost every major UK terror plot - including Woolwich - demonstrates the murkiness of MI5's relationship with the banned group.

One in five terrorist convictions in the UK for more than a decade were for people who were either members of or had links to Al Muhajiroun. Choudary himself admitted to knowing Adebolajo as someone who "attended our meetings and my lectures." Adebolajo was a regular at Al Muhajiroun's Woolwich high street dawah (propagation) stall, was "tutored" by Al-Muhajiroun founding chair Syrian cleric Omar Bakri Mohammed himself, and had attended the group's meetings between 2005 and 2011.

Despite proscription, Al Muhajiroun has continued to function with impunity in new incarnations, most recently under the banner of Izhar Ud-Deen-il-Haq - run under the tutelage of British-born Anjem Choudary.

Al Muhajiroun's intelligence connections started in 1996 when Omar Bakri founded the group. According to John Loftus, a former US Army Intelligence Officer and Justice Department prosecutor, three senior Al Muhajiroun figures at the time - Bakri, Abu Hamza, and Haroon Rashid Aswat - had been recruited by MI6 that year to facilitate Islamist activities in the Balkans. The objective was geopolitical expansion - destabilising former Soviet republics, sidelining Russia and paving the way for the Trans-Balkan oil pipeline protected by incoming NATO 'peacekeeping' bases.

On 10th February 1998, Bakri and Choudary issued a "fatwa" declaring "a full scale war of Jihad" on the US, Britain, and "non-Muslim governments... which will be the responsibility of every Muslim around the world to participate in."

In 2000, Bakri admitted to training British Muslims to learn "firearms and explosives use, surveillance and other skills" and "would be expected to join a jihad" abroad. He also boasted: "The British government knows who we are. MI5 has interrogated us many times. I think now we have something called public immunity. There is nothing left. You can label us ... put us behind bars, but it's not going to work."

In the summer preceding 9/11, the FBI flagged up the unusual presence of Al Muhajiroun activists at Arizona flight schools, many with terror connections, including one described as a close bin Laden associate.

Labour Party MP Andrew Dismore told Parliament about a month after 9/11 that Bakri's private security firm, Sakina Security Services, sends hundreds of Britons "overseas for jihad training with live arms and ammunition", including to camps in Pakistan and Afghanistan. Though Sakina was raided by police and shut down, Bakri and Hamza were not even arrested, let alone charged or prosecuted.

In 2003, two Al Muhajiroun members carried out a suicide bombing in Tel Aviv. Lead 7/7 bomber Mohamed Sidique Khan, an Al Muhajiroun member who had been friends with the Tel Aviv bombers, had even travelled to Israel weeks before that attack. Khan later underwent explosives training in a camp set up by Al Muhajiroun's British and American members in Pakistan.

A year before 7/7, Bakri warned of a "well-organised group" linked to al-Qaeda "on the verge of launching a big operation" against London. Months before the attacks, Bakri told his followers in internet lectures: "I believe the whole of Britain has become Dar al-Harb (land of war). The kuffar [non-believer] has no sanctity for their own life or property." Muslims are "obliged" to "join the jihad... wherever you are", and suicide bombings are permitted because "Al-Qaeda... have the emir."

But around the same time, the Wall Street Journal's Pulitizer Prize winning journalist Ron Suskind was told by an MI5 official that the cleric:

"had helped MI5 on several of its investigations."


Bakri confirmed the same in an interview with Suskind years later from Tripoli, Lebanon, where he now resides. As Suskind wrote in his book, The Way of the World:


"Bakri enjoyed his notoriety and was willing to pay for it with information he passed to the police... It's a fabric of subtle interlocking needs: the [British authorities] need be in a backchannel conversation with someone working the steam valve of Muslim anger; Bakri needs health insurance."


Bakri maintains regular contact with his British followers from Lebanon. Why would MI5 and MI6 retain the services of someone so dangerous given the overwhelming evidence of his centrality to violent radicalisation? Is MI5, through Al Muhajiroun, hatching many of the plots it lays claim to successfully foiling - as the FBI has been doing in the US?

It is the ISC's job to find out whether this strategy has repeatedly backfired - the committee must ask MI5 probing questions not simply about pre-Woolwich intelligence "defects", but about the security service's longstanding relationship with the extremist network incubating terror on UK soil.

Dr. Nafeez Mosaddeq Ahmed is an international security expert who writes for The Guardian at his Earth Insight blog. The author of The London Bombings: An Independent Inquiry (2006). His work was used by the Coroner's Inquiry into 7/7 and the 9/11 Commission.