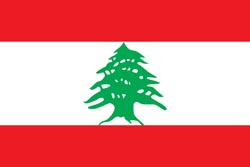 The Israeli military has moved resources and personnel up to the border with Lebanon, installing a barbed wire fence near the occupied Shebaa Farms area on Jabal Al-Shaikh (Mount Hermon). According to a Lebanese security source in Beirut, the Israelis have also sent pilotless drones as well as manned aircraft over Southern Lebanon, including the Beqaa Valley.


The source added that several artillery shells were fired from the eastern edge of the occupied Shebaa Farms. No casualties were reported.