The Artist taxi driver - Goldman Sachs and the Royal Mail

This is what we need at the moment! WARNING: Colourful language


And this, apparently, is what this is about... 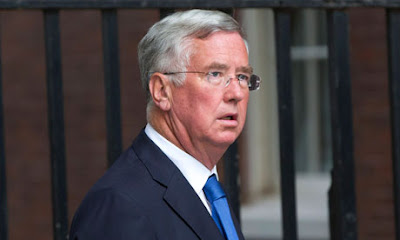 Goldman Sachs and UBS will lead a syndicate of banks collecting about £30m from the £3bn privatisation of Royal Mail.

The government announced that it had selected Goldman Sachs, which has been accused of treating its clients like "muppets", and UBS, which was fined £940m for its role in the Libor rate rigging scandal, as global co-ordinators and bookrunners of the largest privatisation in two decades.

As the lead banks advising on Royal Mail's sale the pair will collect the majority of the fees, understood to be set at about 1% of the target £2-3bn flotation value. Barclays and Bank of America Merrill Lynch will also collect millions in fees from more junior roles in the sale.

The department for business, innovation and skills (BIS), which is in charge of the sale, refused to state how much the banks will collect in fees but said it had "negotiated very hard to get the best value for taxpayers". Banks can collect up to 2.5% for running flotations.

A BIS spokesman said the banks had been selected because of their past experience advising the government on Royal Mail and declined to comment on the banks' roles in recent scandals.

Michael Fallon, the business minister, said the banks' appointments "build momentum" for the sale, which he hopes to complete within a year. Fallon said a float in London, in which staff would be granted shares worth 10% of the company, was still the government's "preferred option" but insisted no final decisions had been made and other sale options "remain on the table".

He has warned the Communication Workers Union (CWU) that the world's oldest postal service could be sold to sovereign wealth funds or other foreign buyers if the CWU continues to fight a flotation.

Moya Greene, chief executive of Royal Mail, has taken the company on an investor roadshow in Canada and the US and said it would be "foolhardy" not consider the sale of the company to foreign buyers.

If the flotation is successful it will be the biggest privatisation since the sell-off of the railways in the 1990s and Royal Mail will enter the FTSE 100 list of Britain's biggest companies.