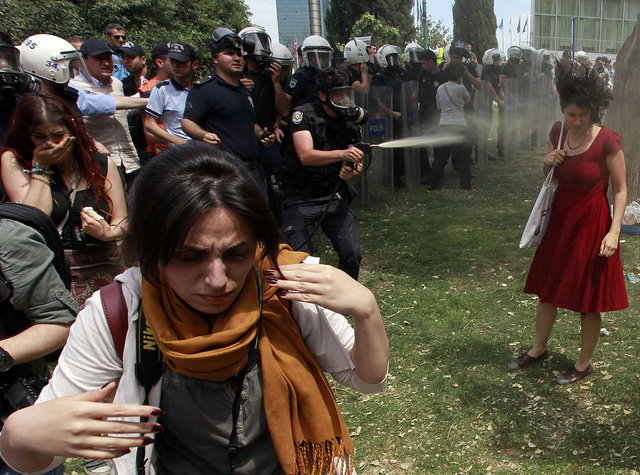 A Turkish riot policeman uses tear gas as people protest against the destruction of trees in a park brought about by a pedestrian project, in Taksim Square in central Istanbul May 28, 2013. REUTERS/Osman Orsal

Protesters are occupying Istanbul's Gezi Park to prevent a demolition of what many are calling the city's last green public space. Hurriyet Daily News reported that early Thursday morning riot police set fire to several tents and used tear gas and pepper spray attempting to force activists out of the park. Activists are calling on thousands more to rejoin the protest.

The demonstrators occupied the park on May 28 to prevent bulldozers from completing the demolition, part of the government's redevelopment plan for central Taksim Square. 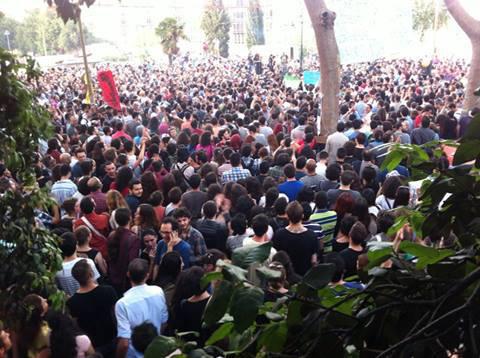