NZ: The Right scores a coup

Once again one of the RIght's key planks in its social revolution makes it through Parliament almost unnoticed with very little debate.

For those who don't know the background, this was NEVER a policy put forward by the ruling National Party in an election campaign.  Instead it was introduced as part of a backroom electoral deal (as part of the proportional representation system) with the far-right ACT party which would have become political history had it not been for the new leader (ex-National MP and ex-mayor of Auckland) John Banks winning one seat.

So, a major policy change (which would have been unacceptable, even to many who voted National) was introduced because National 'needed' the support for 'confidence and supply' of the single representative of ACT in Parliament. 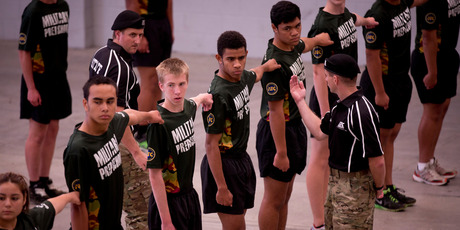 Opposition parties have failed in their attempt to make changes to legislation that would set up charter schools.

As it stands charter schools will not have to employ registered teachers, follow the national curriculum or be subject to the scrutiny of the Official Information Act.

Labour sought on Wednesday to reverse these provisions during the committee stages of the bill.

The Green Party also put up an amendment that would have made the Education Minister consider the existing network of schools before starting a charter school.

Charter schools 'a partnership with corporate sponsors' - principal
Critics are calling charter schools a politically-driven fad that will put Maori and Pasifika students at risk.

Some of the country's leading education figures have voiced their opposition to the schools in an open letter to the Government today.

Sixty-five representatives, including some of the priority learner groups the partnership schools programme is supposedly aimed at, have put their name to the letter, which calls for the Government's highly-contested charter school plans to be stopped.

It is a last ditch effort before a bill, which would introduce the model, has its third and final reading in Parliament in coming days.

The letter calls charter schools a "a serious wrong turn for education" and asks MPs not to experiment with children.

Bilingual Kia Aroha College is a special character school in south Auckland, and its principal says the Government should introduce more like it, instead of backing the new charter/partnership school model.

"These people that signed that letter are signing up to a continuance of institutionalised education failure for Maori and Pacific in this country. And we're not into that."

But Damon Salesa, a professor in Pacific studies at Auckland University, says most Maori and Pacific Islanders don't look to John Banks for their answers.

"They look to their own communities and their own leadership and particularly their own educators," he said.

But the support of the Maori party, which is crucial to pushing the charter schools bill through Parliament, looks set to stay.

"We're supporting it because we've considered it and we've had submissions from Maori in education," said co-leader Pita Sharples.

"We've listened to them and agree we should give it a try."

"It's not insignificant that the Maori Party would want to support this," Banks previously told TV ONE's Q +A programme.

"Every second young Maori leaves school after 12 years of schooling without NCEA level II, no numeracy or literacy."

Banks said iwi, church groups, industry-based groups and existing schools from up and down the country had expressed interest in the partnership school programme.

If passed the charter schools would receive public money, but would not be subject to the same rules and regulations as a state school.

Groups have criticised the move as it would allow private entities to use taxpayer money to set up specialist schools that do not have to employ registered teachers or teach the New Zealand curriculum, and would be able to determine teacher pay rates and school terms.

In the letter sent today those who oppose the move said "there is a serious concern that in the process of introducing charter schools, groups of students are being put at risk".

The education figures said it allows for profit and foreign-owned organisations to set up schools, permits unqualified people to replace qualified and registered teachers and principals, removes the right of parents to take part in school governance, and takes no account of how new charter schools may impact on existing schools.

"Charter schools are not the solution for New Zealand's most vulnerable learners," the letter read.

They cited overseas examples where charter schools had not raised achievement levels for children who were most in need.

"For example the US-based KIPP (Knowledge is Power Programme) charter schools which have been held up as a successful example, have a 'push-out' rate of 40% for African American boys before Grade 8 (Year 9). This is the opposite of what we need in New Zealand for our Maori and Pasifika boys."

They were alongside several schools, the NZ Principals' Federation, and Members of Parliament, including co-leader of the Green Party Metiria Turei, who also put their names on the letter.

The letter said schools needed to be held accountable by parents.

"They need trained and qualified teachers who are supported in an ongoing manner by effective professional development that has shown results; they need their schools to provide information when parents request it; their parents need access to the Ombudsman."

The letter called for the Government to "do what works", and not to "experiment on children".

"Why would these most vulnerable of children get less than every other child in New Zealand and why would they be subject to being profited from just because they are deemed to be struggling?"

They said the charter school plans were a "distraction from investing more in what we know works for the young learners we represent and work with", including bi-lingual education, supporting te reo learning in kura and mainstream settings, and programmes such as Te Kotahitanga.

"While the government has recently announced more resourcing for some of these, others have had funding withdrawn or frozen."

They also claimed the schools would steal the focus away from developing the special character and Kura Kaupapa Maori models.

"These models need more support, more opportunity to share good practice and innovation, and not to be undermined by the latest, politically driven fad."

The bill's third and final reading is this week and, if it passes, it will come into force next year.

The latest Budget has allocated $19 million for contingency funding for charter schools.