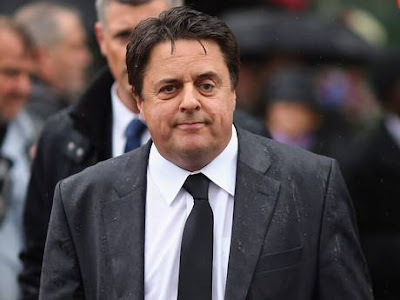 The leader of the far Right British National Party Nick Griffin has urged his followers to ignore a police ban on the organisation's planned march near the scene of the brutal murder of Drummer Lee Rigby in Woolwich. The call comes despite police warnings that any BNP members who try to demonstrate in south east London on Saturday risk arrest.

An anti-fascist group, whose own counter-march is not currently subject to any ban, has said that it will go ahead in light of Mr Griffin's comments, which were made on social media sites tonight.

Officers announced the decision this afternoon that the BNP's demonstration was too risky and has told the group to march in Whitehall instead.

But Mr Griffin posted on Twitter: “Ignore reports of march ban. See you there on Saturday.” He called the ban, which was issued under the Public Order Act, a “police abuse of power”. Another prominent BNP member Simon Darby had told The Independent earlier that he believed the police order “emasculates the whole thing”.

In response, the Unite Against Fascism group confirmed it intended to go ahead with its counter-demonstration in Woolwich.

“The right to protest is a fundamental part of our society, however, such an evocative mix of views being expressed in communities still hurting from Lee's murder could have resulted in ugly scenes on our streets,” said Metropolitan Police Commander Simon Letchford.

Police said that conditions have been imposed, forcing the BNP to march and hold its rally between Old Palace Yard and the Cenotaph in Whitehall or not at all. According to police, the BNP initially applied to hold its demonstration from Woolwich Barracks to the Lewisham Islamic Centre in south east London.

Commander Letchford said: “Those communities have made it clear to us the impact that groups expressing extreme views has upon them. We have listened to those concerns following Lee Rigby's murder, and we will keep working with all our communities.

”We know that when groups with conflicting views come together it can create tension and disorder. What we have had to carefully consider is how to balance the right to protest with the negative impact on our communities and potential violence and disorder that may have resulted from these protests going ahead as they were suggested.“

He added: ”If you want to protest on Saturday we ask that you do so peacefully, no matter what your view. We will work with you to enable that protest to go ahead. What we will also do is fulfil our duty to prevent crime and keep peace on our streets.

“The support we have received so far from Londoners has been outstanding, I would urge people to continue to show restraint and calm. We must continue to be a city that stands together.”

The enforced change, if adhered to, raises the prospect of the two far Right rivals - the BNP and English Defence League - reaching the Cenotaph at the same time, along with anti-fascist groups. Speaking to The Independent tonight, Simon Letchford added that the Metropolitan Police was continuing to gather